Before the holiday of Purim, we make a special spiritual connection that is called מחצית השקל ‘Half a Shekel’.

Quick link to give Half-A-Shekel for those with experience:
Tap here -> Half a Shekel

Detailed explanation about Half-A-Shekel
Exodus 30:13
“ זֶה יִתְּנוּ, כָּל-הָעֹבֵר עַל-הַפְּקֻדִים–מַחֲצִית הַשֶּׁקֶל, בְּשֶׁקֶל הַקֹּדֶשׁ: עֶשְׂרִים גֵּרָה, הַשֶּׁקֶל–מַחֲצִית הַשֶּׁקֶל, תְּרוּמָה לַיהוָה”
“Each one who is numbered in the census shall give this: half a shekel according to the shekel of the sanctuary (the shekel is twenty gerahs), half a shekel as an offering to YHVH”
Maimonides writes (Laws of Shekalim 1:5) that the half-shekel mentioned in the Torah is equal to 160 grains of barley. In current measurements, it would be approximately eight to nine grams of silver.
Most rabbis estimate Half a Shekel as 10 grams of silver because it goes parallel with the total value of one Shekel which is 20 gerahs.
14 “כֹּל, הָעֹבֵר עַל-הַפְּקֻדִים, מִבֶּן עֶשְׂרִים שָׁנָה, וָמָעְלָה–יִתֵּן, תְּרוּמַת יְהוָה”
“All who are registered, 20 years of age and older, are to give, a contribution of YHVH”
The headcount using half a shekel was only on men who were older than 20 years. The reason for this is that 20 represents a complete cycle of 10 Sefirot coming down and going up for the full revelation of light in Malchut. This verse also says “contribution of YHVH” and not contribution _to_ YHVH. The age was set to 20 at the time of the Holy Tabernacle and the Holy Temple in Jerusalem. After the destruction of the Holy Temple, the recommended age is 13 and above because from that age a boy starts ‘owning’ his precepts. It is also recommended to give Tzedakah for younger ages because this is a connection to Life. Women are not obligated but if they gave in the past then it would be better if they continue to give Half-a-Shekel.
15: “ הֶעָשִׁיר לֹא-יַרְבֶּה, וְהַדַּל לֹא יַמְעִיט, מִמַּחֲצִית, הַשָּׁקֶל–לָתֵת אֶת-תְּרוּמַת יְהוָה, לְכַפֵּר עַל-נַפְשֹׁתֵיכֶם.”
“ The rich shall not pay more and the poor shall not pay less than the half-shekel when you give YHVH‘s contribution to making atonement for your souls”
Because giving the Half a Shekel is related to pure spiritual connection everyone is equal. It is about connecting the soul to the source of Light.
16: “וְלָקַחְתָּ אֶת-כֶּסֶף הַכִּפֻּרִים, מֵאֵת בְּנֵי יִשְׂרָאֵל, וְנָתַתָּ אֹתוֹ, עַל-עֲבֹדַת אֹהֶל מוֹעֵד; וְהָיָה לִבְנֵי יִשְׂרָאֵל לְזִכָּרוֹן לִפְנֵי יְהוָה, לְכַפֵּר עַל-נַפְשֹׁתֵיכֶם.”
“You shall take the atonement money from the people of Israel and shall give it for the service of the tent of meeting (Holy Tabernacle), that it may bring the people of Israel to remembrance before YHVH, so as to make atonement for your souls.”

The Hebrew word for ‘money’ is כסף numerically 160, and it also means ‘silver’. We learned earlier that half a shekel has a weight of 160 grains of barley. One Shekel has the silver weight of 320 grains of barley. The Zohar teaches us that the growth of barley in the world is directly under the control of YHVH and not an angel or minister. 320 represents the world after the end of the Tikkun. We are able to correct only 288 sparks of Light and the 10th is 32 sparks that will be done by YHVH to complete the process after the revelation of Mashiach. 32 is the aspect of Creation and the entire Torah.
The word Shekel שקל is numerically 430, same as for ‘soul’ נפש. It also means ‘weight’. It reveals the direct connection between the redemption of the soul and the Shekel.
The word for ‘half’ is מחצית

and it reveals a lot of related secrets.
The middle letter צ, numerically 90, is the aspect of Yessod that provides for us the gate to the upper world. The letters in green on the right and left of צ Yessod form the word חי, ‘Life’, numerically 18 (1+8=9) . The first and last letters are far from Yessod and spell מת, ‘dead’.
When we give half a shekel, we connect our lower level to the upper level and receive the energy of life. The second half of the Shekel has the greater ‘weight’ because it is what makes our souls whole. That is the “contribution of YHVH“, which is the connection to the upper three Sefirot.
We give half a shekel on Purim’s eve before the reading of the scroll of Esther. In this reading, we find that Haman gave the king 10,000 talents of silver to kill the Jews. He used the word ‘silver’ כסף and ‘weight’ אשקול (Esther 3:9). We want to make our connection before the reading, to eliminate all aspects of ‘Haman’ from bringing negativity on us.
How do we make the connection of Half a Shekel?
We use silver coins to connect to the right column, Chessed. (No gold because it is the aspect of the Left column, Gevurah. No money bills either). We use the right hand only.
We take the three coins and raise them above the head or at least above the level of the eyes.
The consciousness is ‘remembering’ the Half of a Shekel in the Torah and elevating our soul from the lower level to its root in the spiritual level.
Three elevations to connect Chessed, Gevurah, and Tiferet to Chokmah, Binah, and Da’at through Chessed of the right hand. When Da’at is named as one of the upper three Sefirot then we know that we have a state of higher connection and flow of light to the lower level.
The money that was collected through the giving of Half a Shekel was used in the Holy Temple to purchase the animals for the sacrifices that benefited the people with cleansing light. For the same reason, the money that is given for half a shekel connection should be used only for spreading light to benefit people and the world.
The coins should be made from silver because of the name and the energy of the letters כסף (Chassadim, Sharing) that are connected to this action.
In most places, you can ‘borrow’ the silver coins for the connections by paying for the value of Half a Shekel. Check first with your synagogue or you may purchase silver coins in jewelry stores for this purpose.
If you ‘borrow’ then give the money to the one who gave you the coin and say “This is ‘Zecher l’Machatzit HaShekel'” ‘זכר למחצית השקל’. The word ‘Zecher’ זכר is also important as it connects to the verse in the Torah.
Place the coins on the table and lift them over the head (over the line of the eyes), pause for at least three seconds, to claim ownership.
Put the coins down and lift them three times as described above.
+—————————————————————————————————
For people who don’t have access to a synagogue or silver coins, I can make the connection for them.  Follow the steps below;
Make a ‘purchase’ of $10 per person you wish to make a connection with. It is approximately equivalent to the value of 10 grams of pure silver. Any amount given above the value of Half a Shekel would be considered as Tzedakah, which is also an important action to make before Purim.
The period of Giving Half a Shekel is between Rosh Chodesh Adar and Rosh Chodesh Nisan. The best time to do this is before Purim.
I will make the connection with silver coins on the day before Purim for each of the names sent to me. People can add an additional amount for Tzedaka to enhance the giving of Half A Shekel because (Proverbs 11:4) “וּצְדָקָה, תַּצִּיל מִמָּוֶת”  “and Tzedaka delivers from death”.
$10 per person/name for Half a Shekel + additional Tzedakah (any amount).

After entering the amount on the PayPal screen, you will see a link to list name(s). Click on the [+] sign with ‘Add a note’ Or ‘Please list names for meditation’ and list your name and or names of the people with their mother or father’s name. Please separate each name with a comma ‘,’ and a new line.

Example:
David ben Abraham,
Maddy bat  Avraham
The PayPal screen may look similar to this;
It’s $10 per name in order to fulfill the Half a Shekel connection. 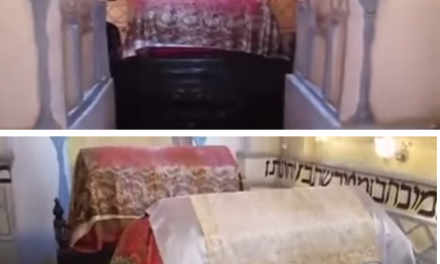 A rare visit to Mordechai and Esther site in Hamedan, Iran (Video)