Binyamin (Benjamin) was the Son of Jacob the Patriarch and Rachel the Matriarch. He is the founder of one of the 12 Tribes. 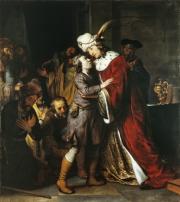 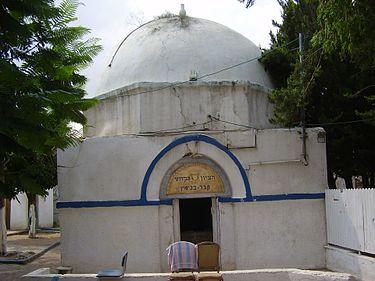 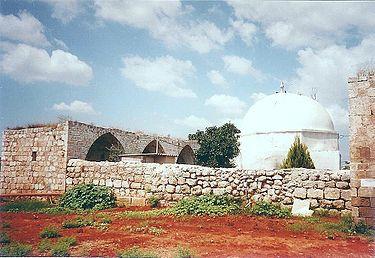 Binyamin (Benjamin) was the Son of Jacob the Patriarch and Rachel the Matriarch. He is the founder of one of the 12 Tribes.

All the [founders of the] Tribes were born on foreign soil except for Binyamin, who was born in the Land of Israel.

Joseph was worthy of begetting twelve sons...he begot only two; the other ten were begotten by his brother Binyamin, and were all named for him [Joseph] (Sota 36b).

The worms had no power over seven people [i.e., their bodies did not compose]...Moshe, Aaron, and Miriam...and Binyamin son of Yaacov (Bava Batra 17a).

Binyamin was buried in Jerusalem opposite the Jebusite [city], which was given as an inheritance to the children to the children of Binyamin (Sefer HaYashar, end of Yehoshua).

Binyamin, who did not participate in the sale of Yosef, attained the mountain which God has desired for his abode (Psalms 68:17); [that is he merited to have the Holy Temple built in his portion] (Bereshit Rabbah 99:1).

A strip [of land] jutted out of the portion of Judah and entered the portion of Binyamin. On this [piece of land] the altar was built. [Foreseeing this,] the righteous Binyamin agonized over it every day [and wished to] devour it [incorporate it into his portion], as it is written, Of Binyamin he said..."He hovered over it all day" (Deuteronomy 33:12). Therefore, Binyamin merited to become the host of the Divine Presence [by having the Ark in his portion] (Megillah 26a).

Who has no slander on his tongue (Psalms 15:3). This is Binyamin son of Jacob, who knew about the sale of Yosef but did not reveal it to his father (Shocher Tov 16:6).

When Yosef HaTzaddik was sold to Egypt, his righteous brother Binyamin took his [spiritual] place, lest be missing (Zohar 1:259a).

He fell upon his brother Binyamin's neck [lit., necks] and wept (Genesis 45:14). How many necks did Binyamin have? Said R' Eliezer: He wept over the two Temples that were destined to stand in the portion of Binyamin and to be destroyed (Megillah 16b).

May the merit of the tzaddik Binyamin ben Yaakov Avinu   protect us all, Amen.