Chassidic leader and the foremost student of Rabbi Uri of Strelisk. 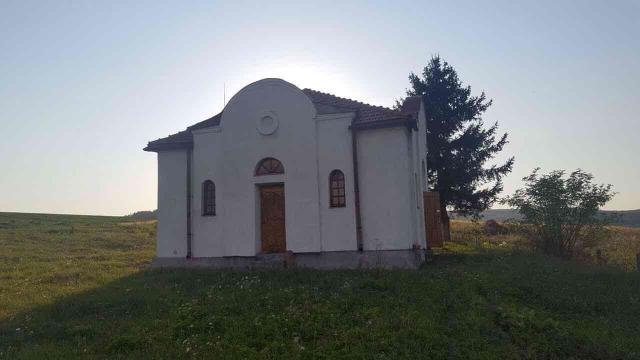 Chassidic leader and the foremost student of the famous Chassidic rabbi, Rabbi Uri of Strelisk.

Rabbi Yehudah was a descendent from the house of King David. He was considered to be one of the greats of his generation, and many stories of wonders and miracles surround him.

"Today Mashiach ben Yosef was born in Hungary," announced R' Yehuda Tzvi. "He will be one of the tzaddikim nistarim (a tzaddik who remained anonymous) and if God grants me years, I intend some day to visit him there."

Many chassidim heard this pronouncement but not all registered it in their minds. The rebbe's personal shochet did file away the information for future use.

Many years later R' Yehuda Tzvi prepared for a trip to Pest, the capital of Hungary, taking along many chassidim with him, including the same shochet. The Rebbe remained there for several weeks, though no one knew the purpose of his trip.

During his stay, the rebbe was once visited by a young man of exceptional physical beauty and stature. The young man entered the rebbe's chamber without knocking, without permission, and closed the door after after him. He remained within, enclosed with the rebbe, for many hours. The chassidim outside were amazed at this unusual behavior. The shochet however, suddenly recalled the rebbe's pronouncement of many years before, and stood by the door to be able to greet the visitor when he emerged.

After several hours the door opened and the two men walked to the outer door. Reb Yehuda Tzvi wished him farewell and in a moment he had vanished from sight. The shochet was disappointed that he had not managed to get more than a "Shalom" from the stranger.

After this event, the rebbe prepared to return home. On the return trip the chassidim could not help discussing the visitor. No one, of course, knew who he was except for the shochet.

"And i still feel the effect of the 'Shalom' that he gave me and the new life it poured into me. Just the memory of his face inspires me still," the shochet would relate, even many years later.  (Degel Machaneh Yehudah p. 18 #52)

The Chasidim looked at their master perplexed and thought to themselves, "What is the connection between Rosh Hashanah and Chanukah?" And others thought, "Why a banquet only on the fifth night? Why not every night!?"

The fifth night of Chanukah came and the Chasidim reminded their rebbe of his promise made on Rosh Hashanah. His face lit up and he immediately ordered a banquet prepared for all the guests. After many L'chaim's were offered someone stood up courageously and asked, "Rebbe, so what's the occasion of the banquet?"

Rabbi Yehudah Tzvi began talking in hushed tones, "I saw during the sacred prayers of Rosh Hashanah that a tzaddik of our generation would be appointed one of the judges of the heavenly court. I knew there were three possibilities. Either myself, the Rebbe of Butzchatch or the Holy Rebbe, Reb Tzvi Elimelech of Dinov. I prayed with all my heart to the creator that I wasn't worthy to be a judge of the heavenly court. It wasn't clear to me what the heavenly decision would be until this moment. For as you all know Chanukah is the final seal of whatever happened on Rosh Hashanah. Now I know that I wouldn't be chosen. That is why I have made this banquet."

The Chassidim were awestruck by this revelation. Soon thereafter the news spread that the Rabbi Tzvi Elimelech of Dinov (Bnei Yisaschar) had been chosen to be a judge of the heavenly court. He passed away on the 18th of Tevet.  (Degel Machaneh Yehudah p. 12 #32)

The chassidim were full of questions which of course, they did not dare ask their rebbe, Reb Yehudah Tzvi. They knew, first of all, that their rebbe had taken his personal shochet along on his journey because he never trusted another shochet's knife. Secondly, the rebbe never ate meat during the week. Granted, why had he agreed to eat a seuda (meal) with this peasant, a mere farmer. who had slaughtered his own animal without as much as showing his knife to the rebbe?

The entire course of events had been unusual. First the chassidim had come to a farmhouse where the rebbe had inquired if they could eat a meat meal. The woman had replied that her husband would return shortly from the fields and would prepare them a meal. A short while later a hay wagon drove up with a peasant perched atop. Rabbi Yehudah Tzvi repeated his request, upon which the farmer withdrew a slaughtering knife from his shoe and killed one of the animals, inspecting it afterwards as the halacha required.

It was only at the end of the meal that the riddle was somewhat solved. After the rebbe had eaten from the meat he begged his host to show him his knife. At first the farmer refused but after the rebbe had repeated his request several times, he took his knife out to be inspected.

"Believe me," he insisted, "that I have never shown my knife to any rabbi or expert except Eliyahu Hanavi (Elijah the Prophet)."   It was only now that the chassidim understood that their host had been one of the lamed vav tzaddikim. (Degel Machane Yehudah, p. 18 #51).

There was once a follower of the holy Rebbe, Reb Yehuda Tzvi. He was a fisherman by trade, and one day he caught a very small fish and was very disappointed. Without thinking, he spitefully cut off the tail of this little fish and threw him back in the water. For the next three months he didn't catch one fish.

In the good old days a person went to visit the rebbe for any and every reason. This follower went to the rebbe to ask him why he wasn't catching fish any more. Before he could ask the question, the rebbe asked him: "Tell me, have you ever done anything weird to a fish?" The fisherman answered, "Of course not." The Rebbe asked him again, "About three months ago, did you do anything weird to a little fish?" His follower suddenly remembered the incident and confessed to his hideous crime.

The Rebbe began to cry and said: "This little fish was so embarrassed to be tailless that he begged his friends to hide with him under this big rock. They've been hiding there for all this time because of what you've done. You must realize that the 'honor of anyone of God's creatures must never be taken lightly.' If you promise never, ever to do anything like this again, I will reveal to you where they are hiding."  (Degel Machane Yehudah, p. 20 #54).

Rabbi Yehudah Tzvi had four righteous sons, whom he said were the reincarnations of  King David's Warriors.

One of his recent descendants was Rabbi Yehudah Tzvi Brandwein (Maalot HaSulam), Student of Rabbi Yehudah Ashlag (HaSulam) and teacher of Rav Berg.

May the merit of the tzaddik Rabbi Rabbi Yehudah Tzvi of Stretin protect us all, Amen.