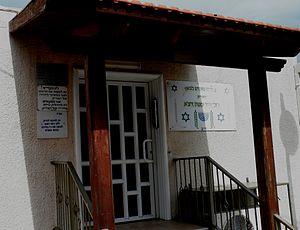 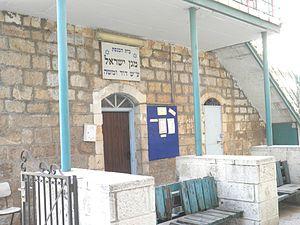 Rabbi David U Moshe described in the tradition of Moroccan Jewry as righteous and miraculous. According to the narrator, there was a rabbi from Jerusalem who traveled as a Shadar among the Jewish communities in the Atlas Mountains and died there in 1171. It is narrated, among other things, that he abolished a harsh decree that brought down many martyrs, Jews and Muslims.

Buried in the Atlas Mountains, near the villages of Temzirat and Temstin. At the beginning of the 20th century his tomb was marked with stone. Around the middle of the 20th century, a tombstone, a tomb hall, lighting places and guest rooms were built on the site.

House of Rabbi David U Moshe

Every year on Rosh Chodesh Cheshvan, a Hilula is held in memory of the Tzaddik, and thousands of people participate. Following this, tenants left the neighborhood. The complex currently consists of most of the houses in the area and includes a prayer room, a synagogue, a parking lot and barbecues used by the locals. The place receives support from the municipality, which initially opposed its existence.

May the merit of the tzadik Rabbi David U Moshe protect us all. Amen