Rabbi Yehuda Heller-Kahane (2 December 1743 – 22 April 1819) (Hebrew: יהודה בן יוסף הכהן‎) was a Rabbi, Talmudist, and Halachist in Galicia. He was known as "the Kuntras HaSfeikos" based on his work, Kuntras HaSfeikos 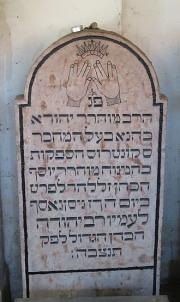 Born: Galician town of Kalush (presently Ukraine) 1743
Died: Sighet, in the Kingdom of Galicia and Lodomeria (now Romania), 1819
Prev
Next 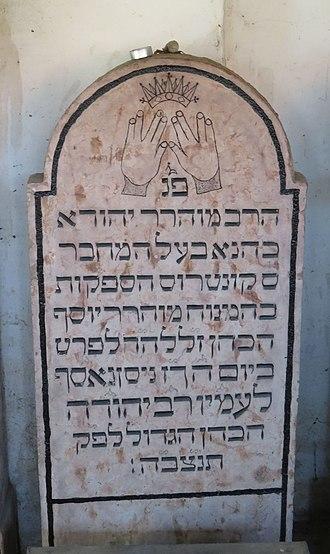 In 1743 Yehuda was born to his father Yosef in the Galician town of Kalush (presently located in Ukraine). Contrary to some historical reports, Yehuda was not a fourth-generation descendant from Rabbi Yom-Tov Lipmann Heller, but fifth generation. The family tree is shown in Yom Tov's biography (linked above). He was one of five brothers (with Chaim, Mordechai, Daniel, and Aryeh Leib the Ketzos HaChoshen) and one sister.

He was the first Rabbi of Sighet, in the Kingdom of Galicia and Lodomeria (now Romania).

R. Yehuda wrote: Kuntras HaSfeikos which documents cases in the g'marah regarding monetary disputes, as well as Terumas Hakeri, a commentary on the Shulchan Aruch.

May the merit of the tzadik Rabbi Yehuda Heller-Kahane protect us all. Amen