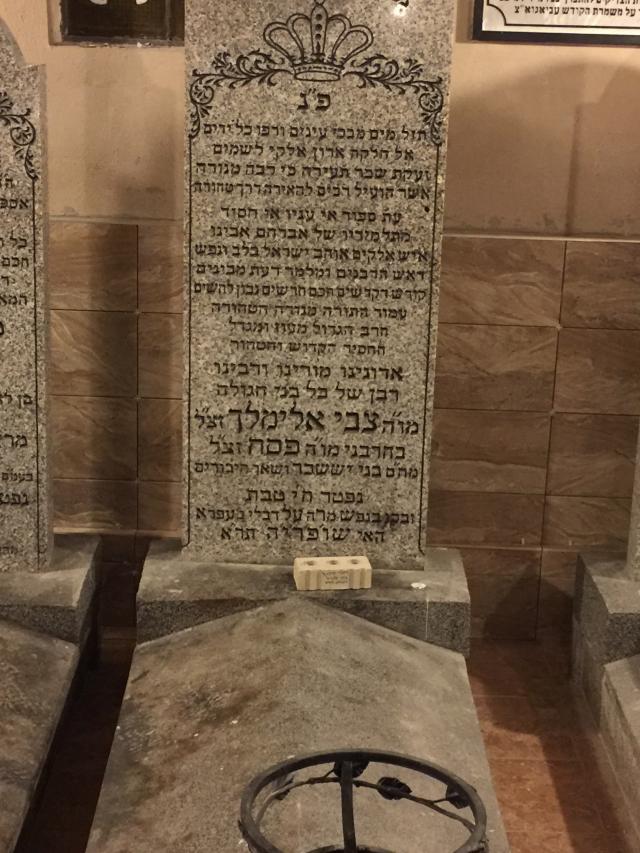 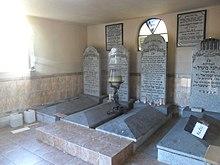 When Tzvi Elimelech was a child, his uncle, the chassidic giant Rabbi Elimelech of Lizhensk, foretold that his nephew would grow up to be an outstanding Torah personality. His prediction came true. R' Tzvi Elimelech was a scholar of eminent stature who applied himself to his studies with phenomenal diligence. When he studied Chassidut under the Chozeh of Lublin, the Maggid of Koznitz, and Rabbi Menachem Mendel of Rymanov, his erudition embraced both Halachah and Kabbalah. The Chozeh of Lublin told him that he was a reincarnation of the great early Torah sages of the tribe of Yissaschar.

A prolific writer, he became best known for his work Bnei Yissas'char, discourses on the Torah and Festivals as viewed from a kabbalistic prospective; Derech Pikudecha, exposition on the 613 mitzvot of the Torah; Igra DeKallah, a commentary on the Torah; and Hagahot Mahartza on the Zohar. He served in the rabbinate of several communities, including Strizhov, Dinov and Munkatch. Known for his ardent love of the Jewish people, he promoted the study of Kabbalah in Yeshivot and led the fight against the leaders of the maskilim, the "enlighted" secularists who threatened to undermine traditional Judaism. His repute as a miracle-worker gained him thousands of chassidim, and his mastery of Torah has earned him the admiration of all contemporary Torah scholars.

Today, the splendid Dinov tradition is carried on by his descendants, the Dinover, Bluzhever, and Munhatcher Rebbes of Brooklyn, N.Y.

Fish on Shabbat   from   B'nei Yissaschar

God blessed the Shabbat and declared it holy, for it was on this day that God ceased from all the work that God in creating had made. (Bereisheet 2:3)

It is the custom to eat fish on Shabbat because of the three blessings God pronounced at the time of Creation:

By eating fish on Shabbat, you have the merit that the three blessings given to man, to the Shabbat, and to fish are fulfilled through you.

Remember what Amalek did to you on the way when you came out of Egypt. (Deuteronomy 25:17)

The pernicious attack Amalek launched against the children of Israel occurred immediately after they had argued and tested God. Their question, "Is God with us or not?" (Shemot 17:7) indicates that they speculated about the existence of God. A Jew is forbidden to engage in Theological theorizing. The true faith of a Jew is predicated on preserving the unshakable belief in God that was transmitted to him by his forebears, going back to Avraham Avinu. As proof of the damaging effects of philosophy, the Chasid Yavetz wrote that during the period of expulsion of the Jews from Spain in 1492, all Jewish philosophers and theologians whose faith was based on rational analysis converted to Christianity when forced by the Church. By contrast, simple men and women whose beliefs were grounded in tradition chose martyrdom and sanctified God's holy name.

God's miracles at the Exodus were intended to inculcate in the Jewish consciousness an unquestioning faith in God that would endure forever. Yet, when the children of Israel came to Refidim they fell into the trap of applying reason to matters of faith. They hypothesized about the existence of God, wondering, "Is God with us or not?" (Exodus 18:7). Thereupon came Amalek, Israel's arch enemy, the personification of heretical thinking, attacked from the rear...I know, dear reader, you are perplexed by the paradox that in our history many of our greatest sages did engage in philosophical analysis and wrote important books on the subject. Let me assure you that their works were written leshem shamayim, for the sake of Heaven. Whatever they did was dictated by the demands of the epoch in which they lived.

The question has been asked, if prayer is effectual, doesn't this imply that God changes his immutable Will? That before the prayer was uttered He willed one thing, but after the prayer He willed another? The disciples of the Baal Shem Tov explained it this way: By means of prayer you attach yourself to a higher spiritual elevation, and you become a different person. Even though a heavenly decree was issued against you, through prayer you take on a new identity; and the fateful heavenly decree was not pronounced against your new personality. Thus, God did not change His mind when He accepted your prayer and nullified the evil decree. (Bnei Yissas'char , discourse on Shabbat)

One can learn the proper awe and reverence for his teacher from the heavens.  For the farther the moon "respectfully" keeps its distance form the sun, the more light it absorbs therefrom and the more brightly it shines.  Likewise, the greater one's awe and reverence for his teacher - that is, the greater the respectful "distance" between them - the more he can learn from him. ( B'nei Yissaschar)

R' Tzvi Elimelech's custom was to visit someone's house on the first night of Passover in order to see how he was making the Seder. So he stopped in front of someone's house and listened to the Jew read from the Haggadah. He was chanting, "In regards to four sons the Torah speaks: One who is wise, one who is wicked,. ." and every time he would read the word "one" he would shout out in a loud voice "O-N-E" as if he were saying the Shema. Afterward, R' Zvi Elimelech recounted his experience, saying that this little Jew was making such a holy prayer from the "four sons" - by the way he was saying "O- N - E-" that R' Tzvi realized that even the wicked son knew the Oneness of God.

The Torah reading for the eighth day of Chanukah (the maftir, when it falls on Shabbat) begins with the sacrifice brought by the prince of the tribe of Menashe. The 12 tribes correspond to the 12 months, and the month that corresponds to Menashe is Cheshvan. (This is true when one counts Nissan as the first month and counts the tribes in the order that they traveled in the desert and also brought their sacrifices, as related in the Torah reading for Chanukah.)

On the eighth day of Chanukah, when we read about the sacrifice of Menashe's descendant, we allow ourselves to look forward to the future redemption, which also is connected with Menashe, as explained above. We say, "This is the dedication" - Let us soon see the Temple's final dedication. (Bnei Yissaschar)

May the merit of the tzaddik  Rabbi Tzvi Elimelech of Dinov protect us all, Amen.