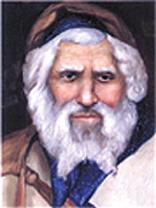 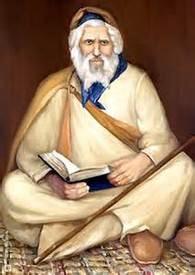 Rabbi Yaakov Abuhatzeirah's father Rabbi Massud was the chief rabbi of  Tafilalet province. R' Yaakov Abuhatzeirah filled up his father's position after his death. He served in the rabbinate until shortly before his death. Rabbi Yaacov  was a kabbalist renowned for his piety and accustomed to performing miracles. It is said that Eliyahu Hanavi appeared to him. He loved solitude and [for a time] did not leave the bet midrash (study hall) all week long, except on Friday night. He was a master of charity, and his home was wide open to guests.

Rabbi Yaakov Abuhatzeirah's son wrote of his father's schedule: He knew the six orders of the Mishnah by heart, and every night, he studied 18 chapters in holiness and purity. After that, he would study Shulchan Aruch and other poskim / halachic authorities, and he would review the sources in the Gemara from which their rulings derived. Near midnight he would nap, then he would arise for tikkun chatzot / the midnight prayers that the exceptionally pious recite in mourning for the Temple. Afterward he would study kabbalistic works until morning, when he would hurry to don tallit and tefilin and be one of the first ten to arrive for minyan. After he prayed in the manner of the pious he would sit and study Torah, eating only the minimal amount necessary. After that, he would engage in acts of charity until nightfall.

In the winter of 1879, R' Abuhatzeirah set out for Eretz Yisrael. However, upon arriving in a town near Alexandria, Egypt, he told those with him that it had been revealed to him in a dream that he would pass away after the next Shabbat. He also told them that he accepted Heaven's decree. He passed away on Sunday. R' Abuchatzeira left behind four righteous sons. R' Abuchatzeira's many distinguished descendants included his grandson Rabbi Yisrael Abuchatzeira, known as "Baba Sali." His written works include Torah commentaries and ethical works (most of a kabbalistic nature) and responsa on the laws of torts and financial matters entitled Yoru Mishpatecha Le'Yaakov.

R' Yaakov Abuchatzeira   found in these verses the following lesson regarding the evils of lashon hara (evil speach): The gematria of "Mitzrayim" (380) equals the gematria of the word "lashon" / "tongue." The names of Mitzrayim's children indicate the consequences of an evil tongue. [Ed. note: For the foregoing gematria to be correct, lashon must be spelled "chaser" / "lacking," i.e., without the letter "vav." Perhaps the fact that the word is chaser supports R' Abuchatzeira's interpretation that an evil tongue is alluded to.] Mitzrayim's first child was "Ludim," related to the word "v'lad" / "newborn." The name of the second child was "Anamim," related to the word "na'im" / "pleasant." Even though every person who is born is inherently pleasant and beloved, lashon hara brings about "Lehavim" / flames of hatred. This, in turn, leads to "Naphtuchim," containing the word "petach" / "opening," because lashon hara opens the strong bonds which bind friends together. The names of the next two sons, "Patrusim" and "Casluchim," allude to the fact that even a recipient of kindness and charity can be made to turn against his benefactor through lashon hara. Specifically, "Patrusim" alludes to "pat" / "bread" and the first syllable of "Casluchim" alludes to "kos" / "drink" --together a reference to charity. Nevertheless, the second syllable of "Casluchim" alludes to war. [A "locheim" is a warrior.] Finally, one who speaks lashon hara will eventually deny G-d Himself. This is alluded to in the name "Caphtorim," which is made up of the words "kofer" / "one who denies" and "Torah," i.e., one who speaks lashon hara may deny the truth of the Torah. (Pituchei Chotam)

May the merit of the tzaddik  Rabbi Yaakov Abuchatzeira  protect us all, Amen.