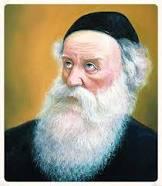 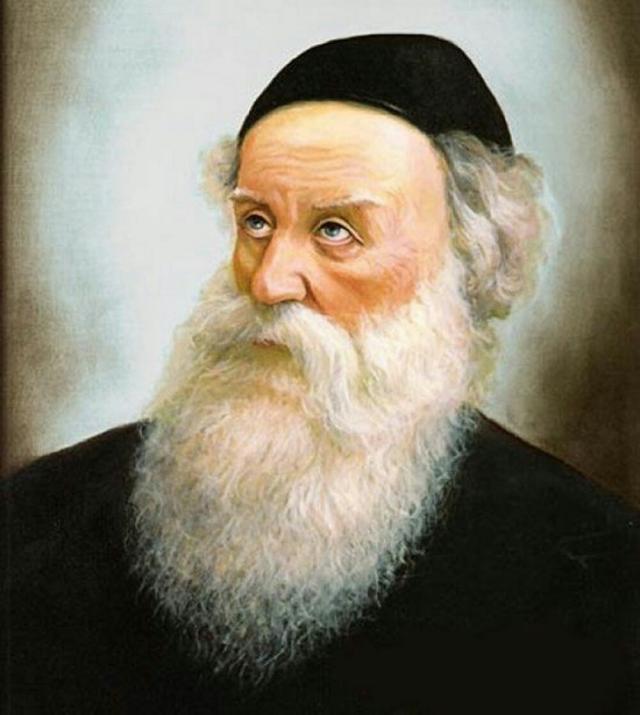 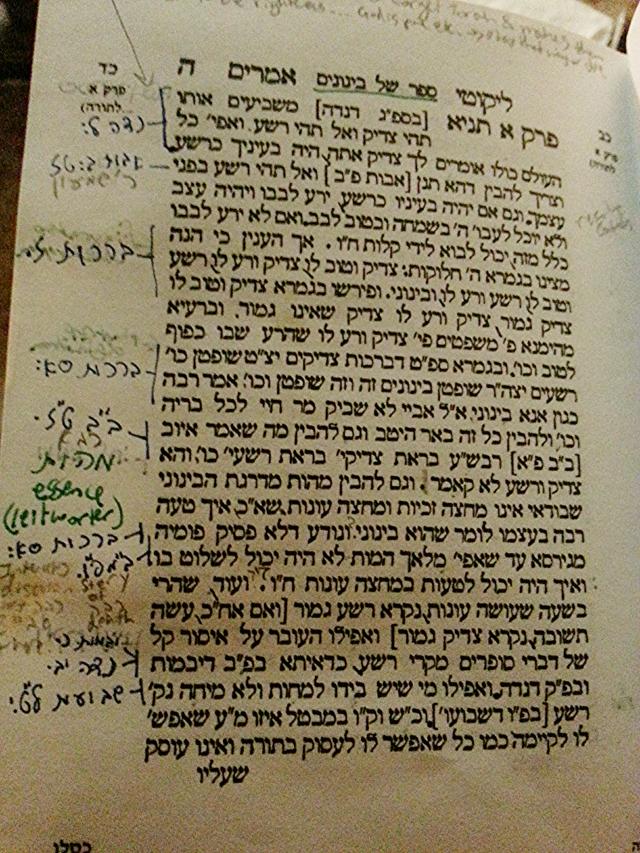 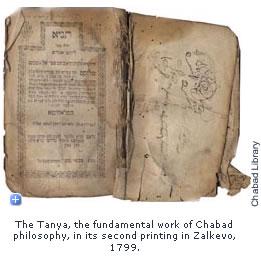 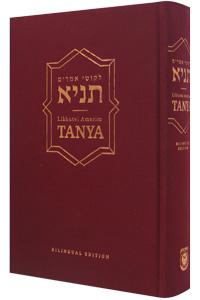 Rabbi Shneur Zalman was a direct descendant of the MaHaRaL of Prague. R' Shneur Zalman, who became one of the pillars of the chassidic movement, displayed early signs of genius; as a 15-year old youngster he had already gained fame as a Torah scholar of high caliber. At 30 years he became a disciple of the Maggid of Mezritch, the most prominent of the Baal Shem Tov's disciples. In Mezritch he was initiated into the world of Chassidism and in particular the writings of the Ari. For the following 12 years he studied under the Maggid, becoming a member of his inner circle and one of his favorite disciples.

After the Maggid's death, Rabbi Shneur became the leader of the chasidim in Lituania, the center of the mitnagdim   (opponents of Chasidism). Undaunted by their strident antagonism, he succeeded in creating a powerful network of chassidic centers. His attempts at creating a dialogue with his chief adversary, the Vilna Gaon, failed completely. In the wake of the resulting altercations he was twice incarcerated in Petersburg, after which he moved to Liadi where his movement grew immensely.

The rabbi of Pinsk, formally accused R' Shneur Zalman of personal acts of treason against the state; his sending of money to the Land of Israel was interpreted as "helping the Turkish sultan" (relations were strained between the two countries at that time). He was also accused of creating a new religious sect, which was an illegal act in Russia.

In the year 1798, Rabbi Shneur Zalman was arrested and taken to the capital, St Petersburg, where he was thrown into prison to face trial for high treason and subversive political activities.  Numerous tales of his sagacity, presence of mind and majestic poise attest to the impression he made on the Czarist commission selected to try his case. Czar Paul I incognito and other men of the highest social and military standing visited him to test his sincerity and to fathom his wisdom. On Kislev 19 in the year 5559 (1798), he was freed on the express orders of the Czar. This date has since been a festival amongst Chassidut Lubavitch.

Hardly two years after the first attempt, the extreme opposition again denounced Rabbi Shneur Zalman on false charges. Again he was brought to the Russian capital and imprisoned, but as before, he was cleared of all guilt and released with the approval of Czar Alexander I, who shared the admiration of his predecessor for the venerable leader of the Lithuanian Chassidic movement.

During the war between France and Russia, R' Shneur Zalman espoused the Russian cause. The cooperation of his followers proved of great service to the Russian High Command.  Other Chassidic leaders, such as the famous Maggid of Koznitch, were loud in their acclaim of Napoleon who promised freedom and equality to all the oppressed, including the Jews. But R' Shneur Zalman realized that the spread of French influence might bring greater moral harm than all the hostility of the Czarist regime.  Accompanied by his family and a number of close disciples he took to the road, barely keeping ahead of the onrushing French armies. Though he escaped capture several times, R' Shneur Zalman's weakened body was not equal to the harrowing strains of the flight. He became seriously ill and died in Piena, a small village near Kursk. He was laid to rest in the Jewish cemetery at Haditz, a small place near Poltava.

R' Shneur Zalman is the originator of Chabad Chassidut, also known as Lubavitcher Chassidut. Chabad is an acronym formed of the initials of Chochmah, Binah, Daat - wisdom, insight, knowledge. Its ideology seeks to create a synthesis between Chassidism and Torah scholarship, and to establish a fusion of the mystical and the revealed aspects of the Torah.

Rabbi Shneur Zalman formulates his thoughts in Likutei Amarim, better known as Tanya, which is its opening word. He expounds on such profound kabbalistic themes as the Oneness of God, tzimtzum, the sefirot, and many other mystical concepts. He also wrote Likutei Torah, reflections on the weekly Torah portions and the book Shir HaShirim. In the realm of Halachah he wrote the Shulchan Aruch HaRav, a comprehensive code of Jewish law. His works form the cornerstone of Lubavitch Chassidut and had a major impact on the Torah world as a whole.

His ability to explain even the most complex issues of Torah made his writings popular with Torah scholars everywhere. Rabbi Shneur Zalman had a vast knowledge of mathematics and science as well. His son Rabbi Shalom Dov Ber Schneerson, became the leader of the Chassidic movement after R' Shneur's death.

At the present time the Lubavitch movement is a dynamic force in Judaism that attracts thousands of new adherents all over the world. Its last leader was the highly acclaimed and revered Rabbi Menachem Mendel Schneerson.

In 1807, the Russian town of Zhlobin hosted an encounter between two great Chassidic communities. The occasion was the famous "Zhlobiner Wedding" in which a granddaughter of Rabbi Schneur Zalman of Liadi wed a grandson of Rabbi Levi Yitzchak of Berditchev.

At the wedding, Rabbi Schneur Zalman lifted his glass and proclaimed: "Lchaim! May the Almighty provide His people with all that they need, both materially and spiritually!"

"Shouldn't it be the other way around?" objected Rabbi Levi Yitzchak. "Shouldn't one put 'spiritual' before 'material'?"

"I'm only saying it as our forefather Jacob did," answered Rabbi Schneur Zalman. "First he asked (Genesis 28:20) that God should 'provide me with food to eat and clothes to wear,' and only then, in the following verse, did he pray that 'The Lord shall be my God.'"

"Can you compare Jacob's spirituality with our spirituality?" countered Rabbi Schneur Zalman.

Rebbe Shneur Zalman, stopped in a certain city. While he was there, a house caught on fire. The Rebbe asked to be taken to the neighborhood where the fire was. When he arrived at the scene, a group of Russian soldiers from the local garrison where trying in vain to extinguish it. The Rebbe stood in front of the blazing home and leaned on his cane. He remained utterly still for a few moments. Suddenly the fire died down.

The exhausted soldiers could barely believe the evidence of their eyes. They ran to report the astonishing turn of events to their commanding officer. He listened calmly, then sent a delegation of soldiers to ask the Rebbe to come to see him. When the Rebbe arrived, the officer asked him, "Are you by chance the son or grandson of the Jewish holy man known as the Baal Shem Tov?" The Rebbe told him that he is not actually a blood relative, but he considers himself his spiritual grandson because he was a disciple of the main disciple and successor of the Baal Shem Tov. "If so," remarked the officer, "I am no longer amazed at what you did today. Come, sit down, and I will tell you a story about my deceased father and the Baal Shem Tov. "My father carried the rank of general. Once he came with his troops to the village of Mezibusch shortly before your holiday of Passover. My father then was deeply troubled because many weeks had passed since he had not received a letter or any message at all from his wife. Brooding, with his imagination running wild, he confided his distress to a few local residents whom he was friendly with. They immediately suggested that perhaps he should seek the advice of the holy Jew who lived in their town, who was a wonder maker and revealer of secrets. "My father sent a soldier to the Baal Shem Tov to request an appointment. Much to his surprise, the Baal Shem Tov refused to see the soldier. He sent another soldier, but still the Baal Shem Tov refused. Well, my father was annoyed, but he knew about you Jews and your holidays. He sent another delegation, this time with the threat that if he does not grant the general an interview, he would billet his troops in the Jewish community, causing loads of bread and other chametz food to be brought into the home of every Jew in the village during the days of preparing for Passover! "The threat worked. The Baal Shem Tov sent back a message inviting the general, my father, to his home. He went there right away, bringing with him one of his subordinates. "Upon entering the front room, they saw through the open doorway that the Baal Shem Tov was sitting in the second room, totally absorbed in the book in front of him (which my father subsequently found out was called Zohar). However, before he could enter or even knock on the door, my father's attention was caught by a large mirror on the wall in the front room. "He went over to it, having decided to comb his hair before going in to greet the Rabbi. He glanced at the mirror, and to his astonishment, instead of himself, he saw in it scenery that resembled the outskirts of his home town. Upon closer examination, he saw the paved road that led right to his own house. Totally startled, he shouted to his staff officer to come quickly and see. "The two of them stared. Suddenly they could see inside the house, where the general's wife was sitting at a table, writing a letter to her husband! They were even able to see the letter clearly enough to read it. In it, she had apologized for the long break in communication, and that it was due to her pregnancy and delivery of a baby boy. Both mother and son were doing well. "My father was overwhelmed by the vision in the mirror. He thanked the Baal Shem Tov profusely. A while after, he received a letter in the mail from his wife, identical to what he had seen in the mirror. At that point, my father wrote down the whole story in detail in his personal diary. "I," concluded the commanding officer to the R' Shneur Zalman, "am the son whose birth was referred to in that letter!"
May the merit of the tzaddik  Rabbi Shneur Zalman of Liadi  protect us all, Amen.