Chassidic leader, student of the Chozeh of Lublin. 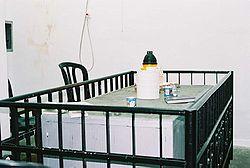 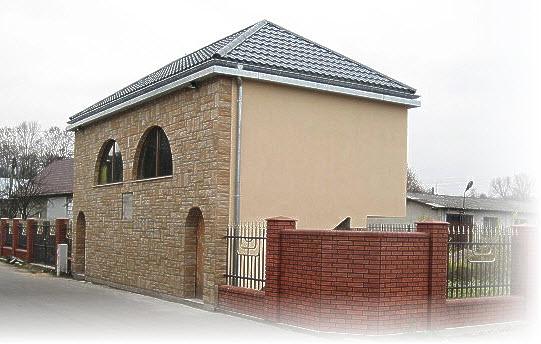 Rabbi David of Lelov was a student of Rabbi Yaakov Yitzchak, the Chozeh of Lublin. The Chozeh said about him, that Rabbi David is the foundation of all the tzaddikim, leaders of the Chassidic movement.

For a while R' David was unable to come to Lublin to be present with his teacher, because of the war fought by Napoleon. Some Chassidic people gathered with him during each 3rd meal of shabbat to hear his words of Torah. Incredibly as was found out later, he was saying the exact same words as his teacher The Chozeh was saying in Lublin a long distance away, at that same hour.

When the conquering army of Napoleon passed by Lelov, he heard about a holly man (R' David) who can tell the future. Napoleon went to visit R' David and asked him if he will be able to conquer Moscow. R' David did not want to answer Napoleon until he will promise him not to hurt him if he doesn't like the answer. Napoleon agreed. Rabbi David told that he will suffer a crushing defeat and he won't achieve his goals. Napoleon answered that if R' David will be correct he wont hurt him, but if he Napoleon wins that war, R' David will suffer a bitter end... On his way back thru Lelov  Napoleon bowed down to R' David, told him he was right and gave him a royal gift. R' David was famous for his love for all Jews, even for the wicked ones, always finding ways of defending them. R' David of Lalov used to say to his followers, How can you claim that I am righteous, when I know that I still love my children and grandchildren more than I love my other fellow Jews?" It once happened that his son fell seriously ill. Anxious for his welfare, the townsfolk assembled in the synagogue to pray for his recovery, visited his bedside and spared no expense in hiring the services of the most expert physicians. When in due time he recovered, they expected to see Their Rebbe, R' David, rejoicing -- instead of which they found him weeping bitterly. R' David sensed their amazement, and said: "When my son fell ill, everyone was concerned, and prayed, and did whatever was necessary until he was well. And if any other person is sick, no one makes a stir about it, and people do not pay nearly that much attention to him. Now isn't that something to weep over?"

R' David was very well versed in both niglah and nistar, the reveald and mystical aspects of the Torah, and for a long time was successful in hiding it from people who came in contact with him. R' David was the one who introduced R' Yaakov Yitzchak - Ha-Yehudi Ha-Kadosh to the Chozeh of Lublin, and influenced Dr Bernard of Pitrikov to do repentance until he became a student of the Chozeh, and was later called Rabbi Chaim David Doctor of Pitrikov. The tzaddik Rabbi Mordechai of Chernobyl once said that his father Rabbi Nachum of Chernobyl would appear to him every night to study with him (after R' Nachum departed from the mundane world). Suddenly for a period of 40 days his father did not visit him. When his father started again to appear to him, R' Mordechai asked him why he did not visit him for 40 days. R' Nachum answered that in Poland the holly rabbi R' David of Lellov passed away, and they announced in Heaven that R' David will lecture for 40 straight days and nights, and he did not want to miss anything...

Rabbi David of Lelov left behind three righteous sons, Rabbi Nechemia, Rabbi Avigdor and Rabbi Moshe of Lelov who claimed that his father had a spark of soul from King David.

One of the most famous students of R' David was Rabbi Yitzchak Kalish of Vorki.

May the merit of the tzaddik  Rabbi David of Lelov  protect us all, Amen.