Student of the Baal Shem Tov and the Maggid of Mezritch, a tzaddik nistar. 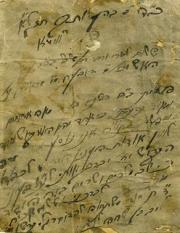 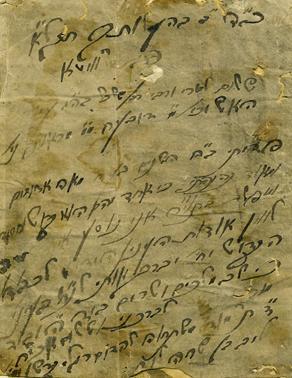 Student of the Baal Shem Tov and the Maggid of Mezritch, a tzaddik nistar.

When Leib Sarah's was 13 years old, the Baal Shem Tov revealed that Leib Sarah's received an ibbur (an additional soul) of Rabbi Chaim Ben Atar - "Ohr HaChaim" who passed away two days ago, as a Bar Mitzvah gift.

The Origin of His Name

Sarah, a most attractive girl, was the daughter of a Jewish innkeeper. Sarah did not let her beauty turn her head, however; She remained a modest, G-d-fearing young girl, obedient to her father, a right hand to her mother.

The son of a local landowner happened to see Sarah one day and immediately fell in love with her. "Father," he came to his parent that evening, "I have seen a Jewish girl that I must have. If I cannot have her for a wife, I will surely die of heartbreak. You must get her for me."

"Who is she?" the father asked in concern. "She is the daughter of your Jewish tavern keeper", the son replied. The landowner, who could not bear to see his son so unhappy, summoned the tavern keeper the very next day, demanding his daughter. "I would rather not think of what will happen to you if you refuse," he warned.

"Let me return and think the matter over," the Jew said painfully. "I will bring you an answer in a week's time."

The Jew returned home with desperation in his heart. How could he break the news to his good, pious daughter? She, too, would rather die than marry a gentile, he was sure. The family got together to devise some way out of their predicament. It was Sarah who came up with the final plan.

"What about Rabbi Yosef the old melamed, father?" she asked. This was an old man whom the innkeeper had hired to teach his young sons. The man had been with the family for the past several years.

"What about him?" the father asked in confusion. "Why can I not marry him. We will then run away from here and hopefully the landowner will be powerless to do anything. Besides, the young son will surely not be interested in me after I have married an old man!"

The tavern keeper did not wish to see his lovely young daughter married to a man older than himself. But he could see no better way out. In the end, the old man was called. He surely had no objections to marrying the lovely Sarah, even though he might be risking his life thereby.   The couple were married quickly and quietly. Then they left for a nearby village. Three days later the landowner came for a reply. He was shocked to learn what Sarah had done just to escape marrying his son. He did not wish to pursue the matter any further, especially after making his own inquiries and learning that the marriage had been her own initiative. It was difficult for him to believe, however, that a young, beautiful girl should prefer an old man to a young, wealthy and handsome nobleman.

Sarah's husband, a tzaddik nistar ("a hidden tzaddik") , had known all along that his employer's lovely daughter was destined to be his wife, He had come to that particular village, seeking work as a melamed, to bide his time. He had had his doubts about the matter, and his fears that her beauty might lead Sarah astray. But in the end it had turned out for the best.

Right after the wedding, the melamed took his young bride aside and promised her, "Since you had the moral strength to choose an old man instead of a young duke who would have given you a life of luxury and ease, you will be blessed and your name will spread all over the country. I promise you that you will bear a child whose light will shine far and wide, who will commemorate your name all his days."

The child that was born to them in the following year was named Arye. As he grew up, it was apparent that he was destined for greatness. Arye's father did not live long to enjoy his young treasure and it was Sarah who brought up the child. She was the one who educated him in good deeds, made sure that he studied Torah and eventually lived to have him bear the name, Reb Leib Sarahs, as he was always to be called.

Rabbi Zalman was completely prepared for his journey to nearby Berdichov for business. Money in hand, he proceeded to the market in search of a wagonner who could take him to Berdichov and back. Just as he had struck up a conversation with one of the commercial wagonners, Reb Leib Sarah's came up to him

"What is your business here?" Reb Leib Sarah's asked Zalman. The latter explained that he was on his way to Berdichev to buy merchandise. "I am in desperate need of a large sum for three months time. Please lend me your money."

It was impossible to refuse the tzaddik, especially knowing that he used his money for the support of tzaddikim nistarim. Zalman gave the sum, the last coin he had to his name. Reb Leib Sarah's could see the conflict on his face.

"Do you have any merchandise left in the shop?" he asked.   "A little," Zalman admitted.

"Very well. Go and sell that." Zalman returned to his shop. Later, when his wife asked why he had not gone to Berdichov, he gave some lame excuse. Meanwhile, during the succeeding days, Zalman managed to scrape enough money in loans to cover the badly-needed trip to Berdichov to replenish his stock.

Some three months later, a stranger entered the spice shop to buy merchandise, withdrawing from his pocket a purse full of silver coins. Being in a rush, he left the purse on the counter and hurried out with his purchase. Zalman ran after him but the man was already gone. He searched high and low for the customer but could find no trace of him. Zalman put the purse into safekeeping, hoping the rightful owner will return. Zalman went meanwhile to shul for his mincha prayers.

Who should be happen to meet along the way but R' Leib Sarah's. "Did you get your money back?" the tzaddik asked, referring to his loan of three months previous. Zalman shock his head but immediately realized the the tzaddik must be referring to the purse that had been left in his shop. He returned home immediately and asked his wife if anyone had come to claim the loss. "No," she replied. Zalman went to fetch the purse.  It added up to the exact sum he had given to Reb Leib Sarah's. Zalman hurried to find Reb Leib Sarah's and thank him for the return of the loan.

"Now is a favorable time. Ask me anything you wish." Zalman thought for a minute. "I would like to see one of the lamed vav (36) tzaddikim nistarim," he finally wished. "That is very difficult thing for me to grant. But I must keep my promise. Go home now and prepare food for several days. You will be going on a journey with me."

Soon they were on their way, traveling over hills and through valleys, crossing many villages until they finally came to a city. "Go ask for the tailor whose mending shop is on that street. That tailor is one of the 36 hidden tzaddikim. Tear your coat and go in to have it mended." Zalman followed his instructions. Just as he reached the shop, he noticed a fancy coach parked outside the front door. And when he entered, he found a distinguished rabbi sitting inside, conversing with the tailor.

"What can I do for you?" the tailor asked Zalman. The latter showed him the rip in his coat. The tailor took it and within minutes had it mended to perfection. Zalman took his coat back but when he put a ruble down for payment the tailor objected.   "That repair does not even come close to several pennies. Why do you pay me so much?" He refused to accept the coin.

Zalman was just as insistent. "I am traveling through these parts. Your instant service is worth at least that much to me. I refuse to take any change."

The rabbi, seated by the side, now spoke up. "If this man says that in his circumstances the job is worth a ruble, then you may surely take it." The tailor finally accepted that payment and Zalman left the shop to return to Reb Leib Sarah's.   "Do you know who the tailor's visitor was?" Reb Leib Sarah's asked rhetorically. "It was Rabbi Mordechai of Chernobyl."  (Siach Sarfei Kodesh)

Reb Leib Sarah's once sat with a friend of his and they indulged in stories of tzaddikim. They got to talking of Rabbi Yisrael-the Baal Shem Tov when suddenly his body started trembling.

When Avraham was paid a visit by angels, they appeared as human beings. Why, when they presented themselves to Lot, did they appear in their form as angels? Avraham, known as he was for his hospitality, treated everyone he came into contact with in the same equal manner; simple people were honored as much as those more "important." Had Lot, however, seen mere humans at his door, he would have never allowed them to cross the threshold of his home. (Rabbi Leib Sarah's)

May the merit of the tzaddik  Rabbi Leib Sarahs  protect us all, Amen.

Special prayers to connect to this Tzadik