Kabbalist, head of the Jewish court in Amsterdam. 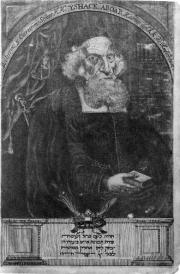 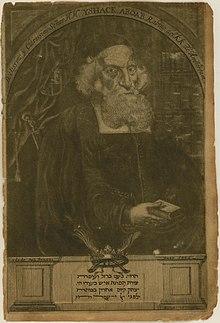 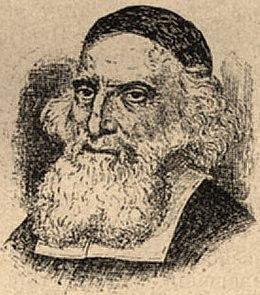 Kabbalist, head of the Jewish court in Amsterdam.

Isaac Aboab da Fonseca was born in the Portuguese town of Castro Daire as Simão da Fonseca. His parents were Marranos, Jews who had been forcibly converted to Christianity. Although the family had ostensibly converted to Christianity, this did not put an end to local antisemitic suspicions. When Isaac was seven, the family moved to Amsterdam. From that moment on, the family "reconverted" back to Judaism, and Isaac was raised Jewish from that moment on. Together with Manasseh ben Israel, he was given lessons by the scholar Isaac Uziel.

At the age of eighteen, Isaac was appointed rabbi (chacham) for Beth Israel, one of three Sephardic communities which existed at that point in Amsterdam.

In 1642, Aboab da Fonseca was appointed rabbi at Kahal Zur Israel Synagogue in Recife, in the then Dutch colony of Pernambuco, Brazil, a city which was occupied by the Dutch in 1624 (see Dutch Brazil, Jews in Pernambuco). Most of the European inhabitants of the town after the Dutch occupation were Sephardic Jews, originally from Portugal, but who had first emigrated to Amsterdam due to persecution by the Portuguese Inquisition. They then helped colonize this new Dutch colony at the other side of the Atlantic Ocean. By becoming the rabbi of the Portuguese Jewish community in Recife, Aboab da Fonseca was also probably the first appointed rabbi of the Americas. Kahal Zur Israel congregation here had a synagogue, a mikveh and a yeshiva as well. Still during Fonseca's tenure as rabbi in Pernambuco, the Portuguese re-occupied the capital of Recife in 1654, after a struggle of nine years. Fonseca then managed to return to Amsterdam after the loss of the new colony to the Portuguese. Some members of his community immigrated to North America and were among the founders of New Amsterdam.

Back in Amsterdam, Aboab da Fonseca was appointed Chief Rabbi for the Sephardic community. In 1656, he was one of several scholars who excommunicated the famous philosopher Baruch Spinoza. During the reign of Aboab da Fonseca, the community flourished; the Portuguese synagogue (the Esnoga) was inaugurated on August 2, 1675 (10 Av 5435).

May the merit of the tzaddik Rabbi Yitzchak Abuhab of Amsterdam  protect us all, Amen.