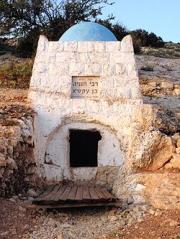 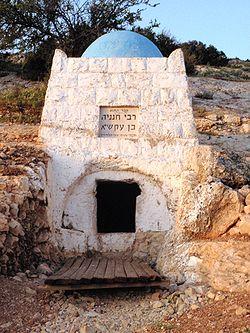 Rabbi Chananya ben Akashya was a fourth generation Tana. In total we only have three teachings from Rabbi Chananyah, one which is well known and is quoted after Torah learning sessions before reciting the kadish. He is buried in Kifar Chananya along with his wife and students.

There is not much known about Rabbi Chananyah ben Akashya and it is only assumed that he lived in the fourth generation of Tanaim based on the proxiity of his teachings to others from Sages of the same era.

It is possible that he is the brother of Rabbi Shimon ben Akashya, another Tana of unknown time who is mentioned once in the Mishana in Masechet Kunim.

In total we only have three teachings from Rabbi Chananyah. Two in Halacha; one in the Tosefta regrading the exact location where the parts of dissected sacrifices are kept before their offering and a second one in Masechet Soferim. His third teaching is Agada oriented and is found in the Mishna at the end of Makkot. This teaching is well known and is quoted before reciting the kadish following learning sessions since in order to say kadish the learning section must include an Agadic teaching. By Ashkanazim it is quoted during the summer months when it is customary to study Masechet Avot each week following the Shabbot Mincha prayers, after the recital of the chapter. By Sepharadim it is quoted almost daily since they tend to recite the Kadish after many learning sessions.

Hashem wished to give the Jews much merit, therefore He gave them many Torah and mitzvot, as it is written: 'Hashem desired, for the sake of his [Jews] righteousness, He will make the Torah great and glorious.' One explanation of this teaching is that it is sufficient for any Jew to carry out one Mitzva with completion in order to earn a portion in the 'World to Come'. Therefore many Mitzvot of all kinds were given, so each individual can find one that works for him.

May the merit of the Tzadik Rabbi Chananya ben Akashya protect us all. Amen

This information was contributed by zisil.com