Torah commentator, kabbalist, talmudist. His book 'Ohr HaChaim' is a famous commentary on the Torah. 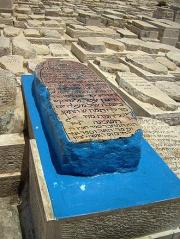 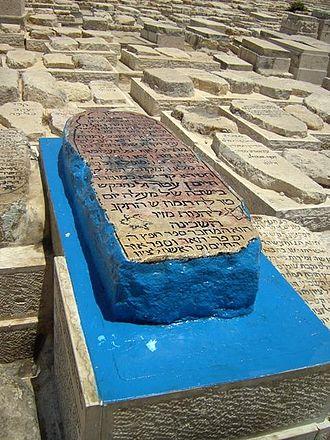 Kabbalist, known as "Ohr HaChaim", head of the Jewish court in Tveria (Tiberias).

The year 1740 brought good news to the Jewish settlement in Tveria. At that time, the Ottoman authorities invited the renowned kabbalist Rabbi Chaim Abulafia, the rabbi of Izmir, to come to Eretz Yisrael and rebuild Tveria, which had lain desolate for some time. The Ottoman authorities wanted the city rebuilt for economic reasons, but the Jews considered Abulafia’s mission a sign of the approaching fulfillment of their messianic hopes. Rabbi Haim Abulafia, re-established the yeshiva in Tveria, bringing new life to that city, which had been a vibrant center of Jewish life and creativity in the Second Temple and Talmudic periods.

One of his disciples there was Rabbi Chaim Joseph David Azulai, who wrote of his master's greatness: "Attar's heart pulsated with Talmud; he uprooted mountains like a resistless torrent; his holiness was that of an angel of the Lord, ... having severed all connection with the affairs of this world."

Rabbi Chaim studied under his grandfather, whose name he bore. (Sfardic Jews often name their children after living parents or grandparents.) While still a young man, he became famous as a great Talmudic scholar and Kabbalist. He led a very saintly life and was called "Hakodosh" ("holy man"). He wrote several important works, the best known being his commentary on the Chumash, which is often printed alongside of Rashi, the Ramban, and other famed commentaries.

Towards the last years of his short life (he only lived 47 years), he decided to go to the Holy Land. On the way he spent several years in Livorno and Venice (in Italy) and Damascus. He arrived in Jerusalem in 1742, with a group of 30 followers. However, in the following year he passed away (on the 15th of Tammuz). Wherever he lived he founded a Yeshiva and a synagogue which carried his name, and were famous long after the founder's death. The "Or Hachaim Synagogue" and Yeshiva in the Old City of Jerusalem were destroyed by the Jordanian Arabs during their occupation of the Old City. However, there are plans to rebuild the ruins, along with other sacred institutions which the Arabs had desecrated or destroyed.

He lived only 47 years is buried in the Jewish Cemetery on the Mount of Olives, Jerusalem.

May the merit of the tzaddik Rabbi Chaim ben Atar protect us all, Amen.