Rabbi Joseph ben Ephraim Karo, also spelled Yosef Caro, or Qaro (1488 – March 24, 1575, 13 Nisan 5335 A.M.), was author of the last great codification of Jewish law, the Shulchan Aruch, which is still authoritative for all Jews pertaining to their respective communities. To this end he is often referred to as HaMechaber (Hebrew: "The Author"‎‎) and as Maran (Aramaic: "Our Master") 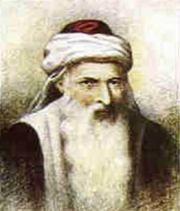 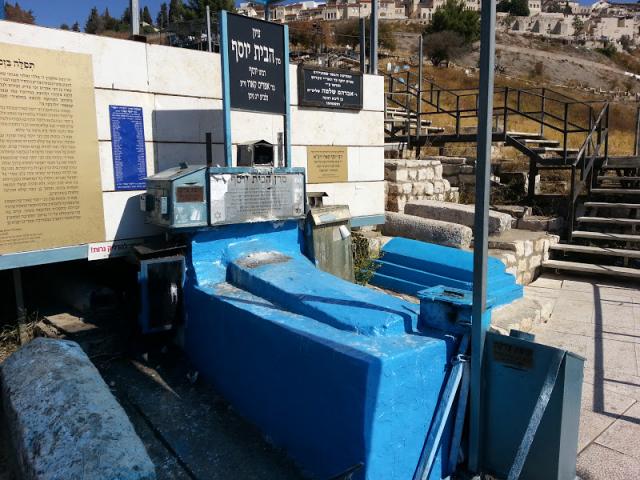 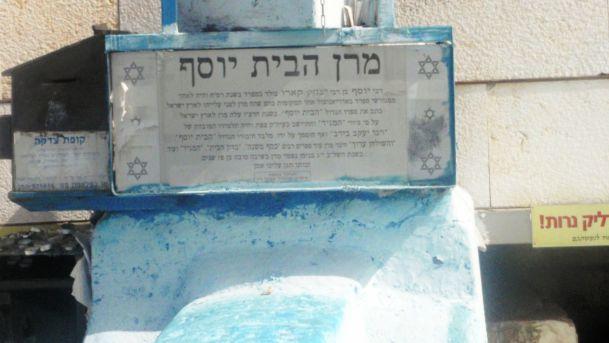 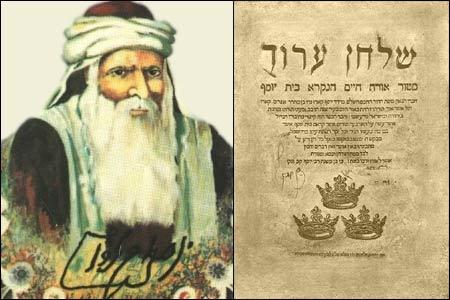 Rabbi Joseph Karo was born in Toledo, Spain in 1488. In 1492, aged four years old, he was forced to flee Spain with his family and the rest of Spanish Jewry as a result of the Alhambra Decree and subsequently settled in the Kingdom of Portugal. After the expulsion of the Jews from Portugal in 1497, the Ottomans invited the Jews to settle within their empire. Karo went with his parents to Nikopolis, then a city under Ottoman rule, and spent the rest of his life in the region. In Nikopol, he received his first instruction from his father, who was himself an eminent Talmudist. He married, first, Isaac Saba's daughter, and, after her death, the daughter of Hayyim Albalag, both of these men being well-known Talmudists.

Between 1520 and 1522 Karo settled at Edirne. He later settled in the city of Safed, Ottoman Galilee, where he arrived about 1535, having en route spent several years at Salonica (1533) and Istanbul.

After his first wife died at a young age, he married the daughter of Rabbi Issac Sabba. For a short while he lived in Nikopol, but decided to make his way to the Land of Israel so that he could immerse himself in its sanctity and complete his written works. Passing through Salonica, he met the great kabbalist Joseph Taitazak. He continued his journey to the Holy Land via Egypt and eventually settled in Safed.

At Safed he met Jacob Berab and was soon appointed a member of his rabbinical court. Berab exerted great influence upon him, and Karo became an enthusiastic supporter of Berab's plans for the restitution of semicha (rabbinical ordination) which had been in abeyance for over 11 centuries. Karo was one of the first he ordained and after Berab's death, Karo tried to perpetuate the scheme by ordaining his pupil Moses Alshech, but he finally gave up his endeavors, convinced that he could not overcome the opposition to ordination. Karo also established a yeshiva where he taught Torah to over 200 students.

A Yemenite Jewish traveler, Zechariah (Yaḥya) al-Dhahiri, visited Rabbi Karo's yeshiva in Safed, in circa 1567 CE and wrote of his impressions on this wise:

When Jacob Berab died, Karo was regarded as his successor, and together with Rabbi Moshe of Trani he headed the Rabbinical Court of Safed. In fact, by this time, the Rabbinical Court of Safed had become the central rabbinical court in all of Old Yishuv (southern Ottoman Syria), and indeed of the diaspora as well. Thus there was not a single matter of national or global importance that did not come to the attention and ruling of the Safed Beth Din. Its rulings were accepted as final and conclusive, and Karo's halachic decisions and clarifications were sought by sages from every corner of the diaspora. Rabbi Joseph Karo was also visited in Safed by the great Egyptian scholars of his day, Rabbi David ibn Abi Zimra and Rabbi Yaakov Castro. He came to be regarded as the leader of the entire generation. 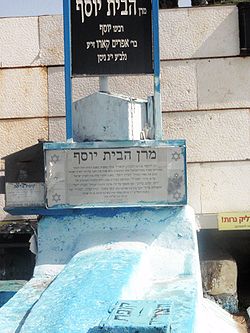 In a dramatic testimonial, Rabbi Shlomo Alkabetz testified that in Salonica, Karo had become one of the rare individuals who merited to be instructed by a maggid—a private angelic teacher who revealed to him many kabbalistic teachings. The maggid exhorted Karo to sanctify and purify himself, and he revealed to him events that would take place in the future. In Shaarei Kedusha, Rabbi Chaim Vital explains that visitation by a maggid is a form of Divine Inspiration (ruach hakodesh). The teachings of the maggid are recorded in his published work titled Maggid Meisharim, although Rabbi Chaim Joseph David Azulai notes that only about one fiftieth of the manuscript was ever published, (see Works). However, in numerous places in Maggid Meisharim it is stated that, "I am the Mishna that speaks in your mouth," indicating that the Oral Torah itself (of which the Mishna is the fundamental part) spoke within him. (However, these two explanations are not necessarily contradictory—in the merit of the Mishna Karo constantly reviewed, he was worthy of an angelic teacher).

The Maggid promised him that he would have the merit of settling in the Land of Israel, and this promise was fulfilled. Another promise, that he would merit to die a martyr's death sanctifying God's Name like Rabbi Shlomo Molcho had merited, did not transpire for an unspecified reason.

His reputation during the last thirty years of his life was greater than that of almost any other rabbi since Maimonides. The Italian Azariah dei Rossi, though his views differed widely from Karo's, collected money among the rich Italian Jews for the purpose of having a work of Karo's printed; and Moses Isserles compelled the recognition of one of Karo's decisions at Kraków, although he had questions on the ruling.

When some members of the community of Carpentras, France, believed themselves to have been unjustly treated by the majority in a matter relating to taxes, they appealed to Karo, whose letter was sufficient to restore to them their rights (Rev. Etudes Juives 18:133–136). In the East, Karo's authority was, if possible, even greater. His name heads the decree of excommunication directed against Daud, Joseph Nasi's agent; and it was Karo who condemned Dei Rossi's Me'or Enayim to be burned. Several funeral orations delivered on that occasion have been preserved (Moses Albelda, Darash Mosheh; Samuel Katzenellenbogen, Derashot), as well as some elegies from Karo's passing.

Karo published during his lifetime:

After his death there appeared:

Karo also left a commentary upon the Mishnah, as well as supercommentaries to Rashi's and Nahmanides' commentaries on the Torah, which have not been preserved.

Karo's literary works are considered among the masterpieces of rabbinic literature. The Maggid Meisharim (1646, Preacher of Righteousness), another major work, a strange and mystical diary, is a kind of diary in which Karo during a period of fifty years recorded the nocturnal visits of an angelic being, his heavenly mentor, the personified Mishna (the authoritative collection of Jewish Oral Law). His visitor spurred him to acts of righteousness and even asceticism, exhorted him to study the Kabbala, and reproved him for moral laxities.

The discussions treat of various subjects. The maggid enjoins Karo to be modest in the extreme, to say his prayers with the utmost devotion, to be gentle and patient always. Especial stress is laid on asceticism; and Karo is often severely rebuked for taking more than one glass of wine, or for eating meat. Whenever Karo did not follow the severe instructions of his maggid, he suddenly heard its warning voice. His mentor also advised him in family affairs, told him what reputation he enjoyed in heaven, and praised or criticized his decisions in religious questions. Karo received new ideas from his maggid in regard to the Kabbala only; such information was in the nature of sundry cabalistic interpretations of the Pentateuch, that in content, though not in form, remind one of the theories of Karo's pupil, Moses ben Jacob Cordovero.

The present form of the Maggid Meisharim shows plainly that it was never intended for publication, being merely a collection of stray notes; nor does Karo's son Judah mention the book among his father's works (Introduction to the Responsa). It is known, on the other hand, that during Karo's lifetime the kabalists believed his Maggid to be actually existent (compare Vital-Calabrese, Sefer ha-Gilgulim, pp. 119, 142, Vilna, 1885). The Maggid Meisharim, furthermore, shows a knowledge of Karo's public and private life that no one could have possessed after his death; and the fact that the maggid promises things to its favorite that were never fulfilled—e.g., a martyr's death—proves that it is not the work of a forger, composed for Karo's glorification.

However, according to Shlomo ben Aderet's responsa 548 it would seem the book was forged.

May the merit of the tzadik  Rabbi Joseph Karo protect us all. Amen