Judah ha-Nasi (Hebrew: יהודה הנשיא‎, Yehudah HaNasi or Judah the Prince) or Judah I, also known as Rabbi (רבי‎) or Rabbenu HaQadosh (רבנו הקדוש‎, "our Master, the holy one"), was a second-century rabbi and chief redactor and editor of the Mishnah. He was a key leader of the Jewish community during the Roman occupation of Judea 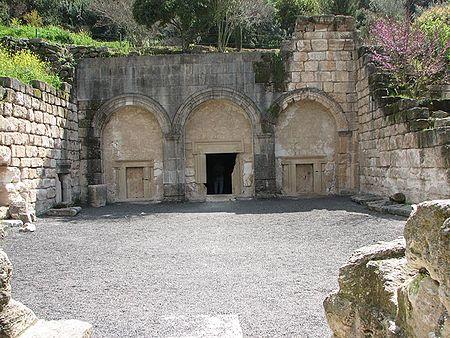 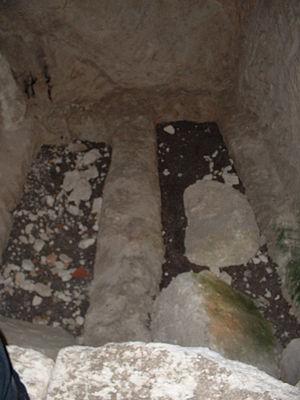 Judah ha-Nasi (Hebrew: יהודה הנשיא‎, Yehudah HaNasi or Judah the Prince) or Judah I, also known as Rabbi (רבי‎) or Rabbenu HaQadosh (רבנו הקדוש‎, "our Master, the holy one"), was a second-century rabbi and chief redactor and editor of the Mishnah. He was a key leader of the Jewish community during the Roman occupation of Judea. According to the Talmud he was of the Davidic line, the royal line of David, hence the title nasi"prince". The title nasi was also used for presidents of the Sanhedrin. Judah HaNasi died on 15 Kislev, AM 3978 (around December 1, 217 CE). 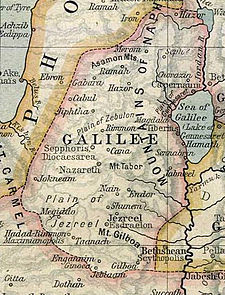 The Galilee in Late Antiquity

Judah the Prince was born in 135 CE to President of Sanhedrin Simeon ben Gamliel II. According to the Midrash, he came into the world on the same day that Rabbi Akiva died as a martyr. The Talmud suggests that this was a result of Divine Providence: God had granted the Jewish people another leader of great stature to succeed Rabbi Akiva. His place of birth is unknown. He is the only tanna known as Rabbeinu HaQadosh, "our holy teacher", due to his deep piety.

Judah spent his youth in the city of Usha. His father presumably gave him the same education that he himself had received, including the Greek language. This knowledge of Greek enabled him to become the Jews' intermediary with the Roman authorities. He favored Greek as the language of the country over Jewish Palestinian Aramaic. It is said that in Judah's house, only the Hebrew language was spoken, and even the maids spoke it.

Rabbi Judah HaNasi, taking as an exemplum an act that he heard performed by Rabbi Meir, released the entire region of Beit Shean from the obligations of tithing home-grown produce, and from observing the Seventh Year laws with respect to the same produce. He also did the same for the cities of Kefar Tzemach, Caesarea and Beit Gubrin.

According to the Talmud (Avodah Zarah 10a-b), Rabbi Judah HaNasi was very wealthy and greatly revered in Rome. He had a close friendship with "Antoninus", possibly the Emperor Antoninus Pius, though it is more likely his famous friendship was with either Emperor Marcus Aurelius Antoninus or Antoninus who is also called Caracalla and who would consult Judah on various worldly and spiritual matters.

The Talmud records the tradition that Judah was buried in the necropolis of Beit She'arim, in the Lower Galilee. It was here that he also established a seat of learning.

Compiler of the Mishnah

For centuries, the Torah appeared only as a written text transmitted in parallel with the oral tradition. Fearing that the oral traditions might be forgotten, Judah undertook the mission of consolidating the various opinions into one body of law which became known as the Mishnah. This completed a project which had been mostly clarified and organized by his father and Nathan the Babylonian. According to Rabbinical Jewish tradition, God gave both the Written Law (the Torah) and the Oral law to Moses on Mount Sinai. The Oral law is the oral tradition as relayed by God to Moses and from him, transmitted and taught to the sages (rabbinic leaders) of each subsequent generation.

The Mishnah consists of 63 tractates codifying Jewish law, which are the basis of the Talmud. According to Abraham ben David, the Mishnah was compiled by Rabbi Judah the Prince in anno mundi 3949, or the year 500 of the Seleucid era, which corresponds to 189 CE.

Various stories are told about Judah to illustrate different aspects of his character. One of them begins by telling of a calf breaking free from being led to slaughter. According to the story, the calf tries to hide under Judah's robes, bellowing with terror, but he pushes the animal away, saying: "Go — for this purpose you were created." For this, Heaven inflicted upon him kidney stones, painful flatulence and other gastric problems, saying, "Since he showed no pity, let us bring suffering upon him."

The story remarks that when Judah prayed for relief, the prayers were ignored, just as he had ignored the pleas of the calf. Later he prevented his maid from hurting the offspring of a mongoose, on the basis that "It is written: 'His Mercy is upon all his works.'" For this, Heaven removed his gastric issues, saying, "Since he has shown compassion, let us be compassionate with him."

Judah also said, "One who is ignorant of the Torah should not eat meat." This is because one who is ignorant is on the same level as animals. What, therefore, gives him the right to partake of them as food? Perhaps the punishment he received for lacking compassion toward the calf helped him to see that eating animals is not a matter that should be treated lightly.

While teaching Torah, Judah would often interrupt the lesson to recite the Shema Yisrael. He passed his hand over his eyes as he said it. (Berachot 13b)

Judah said: "Much have I learned from my teachers; more from my colleagues but most from my students." 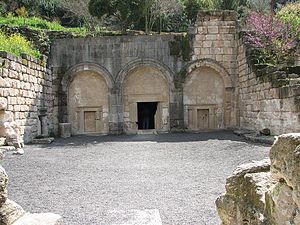 Rabbi Judah ben Samuel of Regensburg relates in Sefer Hasidim §1129. (Cf. Ketubot 103a) that the spirit of Rebbi Judah used to visit his home, wearing Shabbat clothes, every Friday evening at dusk. He would recite Kiddush, and others would thereby discharge their obligation to hear Kiddush. One Friday night there was a knock at the door. "Sorry," said the maid, "I can't let you in just now because Rabbeinu HaKadosh is in the middle of Kiddush." From then on Judah stopped coming, since he did not want his coming to become public knowledge.

May the merit of the tzadik Rabbi Yehuda (Judah) ha-Nasi protect us all. Amen