Rabbi Shimshon Raphael Hirsch, (1808-1888). Hirsch was born in Hamburg, Germany. His father, though a merchant, devoted his time to Torah studies 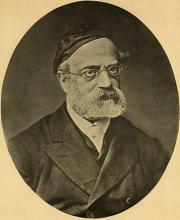 Hirsch was born in Hamburg, which was then a part of France. His father, though a merchant, devoted much of his time to Torah studies; his grandfather, Mendel Frankfurter, was the founder of the Talmud Torah in Hamburg and unsalaried assistant rabbi of the neighboring congregation of Altona; and his granduncle, Löb Frankfurter, was the author of several Hebrew works, including Harechasim le-Bik'ah (הרכסים לבקעה), a Torah commentary. Hirsch was a pupil of Chacham Isaac Bernays, and the Biblical and Talmudical education which he received, combined with his teacher's influence, led him to determine not to become a merchant, as his parents had desired, but to choose the rabbinical vocation. In furtherance of this plan, he studied Talmud from 1828 to 1829 in Mannheim under Rabbi Jacob Ettlinger. He then entered the University of Bonn, where he studied at the same time as his future antagonist, Abraham Geiger.

Oldenburg
In 1830, Hirsch was elected chief rabbi (Landesrabbiner) of the principality of Oldenburg. During this period, he wrote his Neunzehn Briefe über Judenthum, (Nineteen Letters on Judaism) which were published, under the pseudonym of "Ben Usiel" (or "Uziel"), at Altona in 1836. This work made a profound impression in German Jewish circles because it was something new — a brilliant, intellectual presentation of Orthodox Judaism in classic German, and a fearless, uncompromising defense of all its institutions and ordinances.

In 1838, Hirsch published, as a necessary concomitant of the Letters, his Horeb, oder Versuche über Jissroel's Pflichten in der Zerstreuung, which is a text-book on Judaism for educated Jewish youth. In fact, he wrote Horeb first, but his publishers doubted that a work defending traditional Judaism would find a market in those times, when reform was in vogue.

In 1839, he published Erste Mittheilungen aus Naphtali's Briefwechsel, a polemical essay against the reforms in Judaism proposed by Geiger and the contributors to the latter's Wissenschaftliche Zeitschrift für jüdische Theologie (such as Michael Creizenach); and in 1844, he published Zweite Mittheilungen aus einem Briefwechsel über die Neueste Jüdische Literatur, also polemical in tendency and attacking Holdheim's Die Autonomie der Rabbinen (1843).

Emden
Hirsch remained in Oldenburg until 1841, when he was elected chief rabbi of the Hanoverian districts of Aurich and Osnabrück, with his residence in Emden. During this five-year post, he was taken up almost completely by communal work, and had little time for writing. He did, however, found a secondary school with a curriculum featuring both Jewish studies and a secular program, for the first time employing his motto Torah im Derech Eretz ("The Torah is maximalized in partnership with worldly involvement").

In 1843, Hirsch applied for the post of Chief Rabbi of the British Empire. Out of 13 candidates, mostly from Germany, he reached the short list of four: Nathan Marcus Adler, Hirsch Hirschfeld, Benjamin Hirsch Auerbach, and Hirsch. Adler won the position on December 1, 1844. With 135 communities having one vote each, Adler received 121 votes, Hirschfeld 12, and Hirsch 2.

Nikolsburg
In 1846, Hirsch was called to the rabbinate of Nikolsburg in Moravia, and in 1847, he became chief rabbi of Moravia and Austrian Silesia. In Austria, he passed five years in the re-organization of the Jewish congregations and the instruction of numerous disciples; he was also, in his official capacity as chief rabbi, a member of the Moravian Landtag, where he campaigned for more civil rights for Jews in Moravia.

In Moravia, Hirsch had a difficult time, on the one side receiving criticism from the Reform-minded, and on the other side from a deeply traditional Orthodox element, which found some of his reforms too radical. Hirsch placed a much stronger emphasis on deep study of the entire Hebrew Bible, rather than just the Torah and selected Bible readings, in addition to Talmud, as had been the custom of religious Jews up until then. 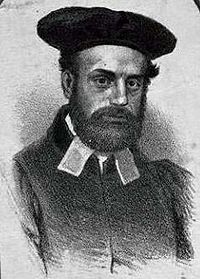 An 1868 illustration (despite the caption mentioning the "Dr." title, Hirsch did not in fact have a doctorate).

In 1851, he accepted a call as rabbi of an Orthodox separatist group in Frankfurt am Main, a part of the Jewish community of which had otherwise largely accepted classical Reform Judaism. This group, known as the "Israelite Religious Society" ("Israelitische Religions-Gesellschaft", or IRG), became, under his administration, a great congregation, numbering about 500 families. Hirsch remained rabbi of this congregation for the rest of his life.

Hirsch organized the Realschule and the Bürgerschule, in which thorough Jewish training was provided, along with those aspects of secular training deemed true according to the Torah (Torah im Derech Eretz). He also founded and edited the monthly magazine Jeschurun (1855–1870; new series, 1882 et seq); most of the pages of the Jeschurun were filled by himself.

In 1876, Edward Lasker (a Jewish parliamentarian in the Prussian Landtag) introduced the "Secession Bill" (Austrittsgesetz), which would enable Jews to secede from a religious congregation without having to relinquish their religious status. The law was passed on July 28, 1876. Despite the new legislation, a conflict arose whether "Austritt" (secession) was required by Jewish law. Hirsch held this was mandatory, even though it involved a court appearance and visible disapproval of the Reform-dominated "Main Community" (Grossgemeinde). His contemporary Isaac Dov Bamberger, Rabbi of Würzburg, argued that as long as the Grossgemeinde made appropriate arrangements for the Orthodox element, secession was unnecessary. The schism caused a terrible rift and many hurt feelings, and its aftershocks could be felt until the ultimate destruction of the Frankfurt community by the Nazis.

Final years[edit]
During the final years of his life, Hirsch put his efforts in the founding of the "Freie Vereinigung für die Interessen des Orthodoxen Judentums", an association of independent Jewish communities. During the 30 years after his death, this organization would be used as a model for the formation of the international Orthodox Agudas Yisrael movement. Hirsch had a great love for the Land of Israel, which is apparent from his writings, but was opposed to the proto-Zionist activities of Zvi Hirsch Kalischer.

From reports of his family members, it seems likely that Hirsch contracted malaria while in Emden, which continued to plague him during the rest of life with febrile episodes.

Hirsch died in 1888 in Frankfurt am Main, and is buried there.

Hirsch's son Mendel Hirsch (in German) (1833–1900) was a scholar and writer; his granddaughter Rahel Hirsch (1870–1953) became the first female professor of medicine in Prussia.

Works and activism
Other works (besides the ones mentioned above) were:

Most of Hirsch's writings have been translated into English and Hebrew by his descendants, starting with "Horeb" in the 1950s (by Dayan Isidor Grunfeld of London) and his Torah commentary in the 1960s (by his grandson Isaac Levi, also of London). The bulk of his Collected Writings, that had previously been published in German in 1902-1912 under the title Nachalath Zwi, were translated between 1984 and 2012 in memory of his grandson Joseph Breuer.

Themes in his work
Hirsch lived in the post-Napoleonic era, an epoch when Jews had been granted civil rights in a large number of European countries, leading to a call for reform. A large segment of his work focuses on the possibilities for Orthodox Judaism in such an era, when freedom of religion also meant the freedom to practice Torah precepts without persecution and ridicule.

The principle of "Austritt", an independent Orthodoxy, flows naturally from his view on the place of Judaism in his epoch: If Judaism is to gain from these civil liberties, it has to be able to develop independently — without having to lend implicit or explicit approval to efforts at reformation.

His other major work involves the symbolic meaning of many Torah commandments and passages. Indeed, his work "Horeb" (1837) focuses to a large degree on the possible meanings and symbols in religious precepts. This work was continued in his Torah commentary and his articles in the Jeschurun journal (Collected Writings, vol. III, is a collation of these articles).

A final area of his work, which has only recently been re-discovered, was his etymological analysis of the Hebrew language. Most of this work is contained in his Torah commentary, where he analyses and compares the shorashim (three-letter root forms) of a large number of Hebrew words and develops an etymological system of the Hebrew language. This approach is based on the idea that letters that share a phonetic similarity, have similar meaning. For example, the words Zohar (light), Tzohar (translucent window), and Tahor (purity) are related words because the letters Zayin, Tzadie, and Tet are phonetically similar. This is an approach used in many places by the renowned biblical commentator Rashi as well. Although this effort was, in his own words, "totally unscientific", it has led to the recent publication of an "etymological dictionary of the Hebrew language".

Although Hirsch does not mention his influences (apart from traditional Jewish sources), later authors have identified ideas from the Kuzari (Yehuda Halevi), Nahmanides, and the Maharal of Prague in his works. Nevertheless, most of his ideas are original.

In a 1995 edition of Hirsch' Nineteen Letters, commentator Rabbi Joseph Elias makes an extensive effort to show Hirsch' sources in Rabbinic literature, parallels in his other works and those of other post-Talmudic Jewish thinkers. Elias also attempts to refute particular interpretations of his philosophy, such as the notion that much of his thinking was rooted in Kantian secular philosophy.

While the Zionist movement was not founded during his lifetime, it is clear from his responses to Rabbi Zvi Hirsch Kalischer, and in several places in his commentary to the Bible and Siddur, that although he had a deep love for the Land of Israel, he opposed a movement to wrest political independence for the Land of Israel before the Messianic Era. In later works, he makes it clear that Jewish sovereignty is dependent only on Divine Providence.

May the merit of the tzadik  Rabbi Shimshon Raphael Hirsch protect us all. Amen