Naphtali was the Son of Jacob the Patriarch and Bilhah. He is one of the 12 Tribes. 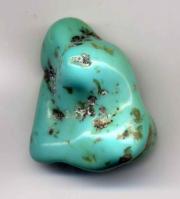 Naphtali was the Son of Jacob the Patriarch and Bilhah. He is one of the 12 Tribes.

He honored his father exeedingly. His father would dispatch him wherever he wished, and he was quick to fulfill his mission so that [his father] was pleased with him. [Moreover,] Naphtali's speech was pleasant to [his father], and therefore his father blessed him [as he did in Genesis 49:2] (Bamidbar Rabbah 14:11).

He went as a messenger anywhere the Tribes wished, and he would carry out their missions immediately (Midrash HaGadol, Bereishit 49:21).

When the brothers wanted to kill Joseph, Naphtali went and told Judah, who came and rescued him (Midrash Aggadah, Bereishit 49:21).

When Judah became angry [during the encounter with Joseph described in the portion of Vayigash], he told Naftali, "Go see how many markets there are in Egypt." Naphtali leaped forward, returned, and told him, "Twelve"... (Bereishit Rabbah 93:8).

He was a herald of good tidings. He brought the news Joseph is still alive (Genesis 45:26); and he hastened to Egypt and brought the deed of title for the Cave of Machpelah to prove that Esau had no share in it (Targum Yonatan, Bereishit 49:21).

Naphtali was buried in Kedesh Naftali (Eretz Yisrael), which was given to his sons as an inheritance (Sefer HaYashar, end of Yehoshua).

May the merit of the tzaddik  Naphtali ben Yaacov Avinu  protect us all, Amen.