Rabbi Avrohom Mattisyohu Friedman The second Stefaneshter Rebbe was considered to be one of the hidden tzaddikim of his generation. Many stories were told about the miracles he effected. 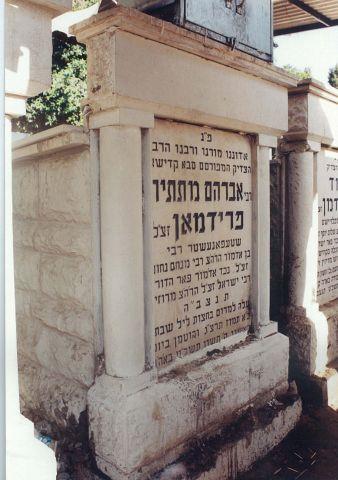 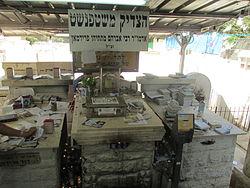 Rabbi Menachem Nochum's only son and successor, Rabbi Avrohom Mattisyohu, was born on the eighth day of Hanukkah 1847 in Sadigura. At his brit milah, his grandfather, the Ruzhiner Rebbe, gave him the second name Mattisyohu after Mattathias Maccabee the High Priest. In 1862 he married the daughter of Reb Yitzchok Reich of Reisha, but they divorced after 11 years without children. He then remarried his cousin Sarah Zipporah, a daughter of Reb Yosef Mansohn of Berdychiv, who had been widowed by her husband Reb Aharon Schorr of Berdychiv. Rabbi Avrohom Mattisyohu adopted her three children; they did not have children of their own.

The second Stefaneshter Rebbe was considered to be one of the hidden tzaddikim of his generation. Many stories were told about the miracles he effected.

On one occasion a Hasid came to the Rebbe, crying that his daughter had fallen ill with typhus and was in a desperate condition. Her hours were numbered and only a miracle could save her. The Rebbe gave the Hasid his personal spoon which he used every morning to eat breakfast, and a piece of his bread, and told the Hasid to feed the bread to his daughter with the spoon. Although the girl couldn't swallow and hadn't eaten anything in days, she readily consumed the Rebbe’s shirayim [leftovers from a Rebbe's meal] and a few days later she was back to herself and lived to a ripe old age. The spoon, handed down from generation to generation, is until today a family heirloom.

His influence over Romanian Jewry was immense and his following numbered in the thousands. He was revered by Jews and Christians alike. On his annual visit to Bucharest, all the shops were closed in his honor and tens of thousands of people came out to welcome him. The presence of his court turned Ştefăneşti into one of the most important Hasidic centers in Eastern Europe. He never spoke at his tish, but "created an atmosphere of profound meditation and awe" by his presence alone.

Three of the ten synagogues in the town were located in the Rebbe's courtyard. The Rebbe also looked after the welfare of many devout Hasidim who cut themselves off from the outside world in order to pursue their Divine service. Among those who stayed for months or even years in his court were Rabbi Chaim Zanvl Abramowitz, the Ribnitzer Rebbe, and Rabbi Eliezer Zusia Portugal, the first Skulener Rebbe.

The second Shtefaneshter Rebbe died on July 15, 1933 (21 Tammuz 5693). His funeral, held in the town of Iaşi, attracted 50,000 mourners. As he was never blessed with offspring, he had invited his sister's son, Rabbi Menachem Nochum of Itskani, to Ştefăneşti in order to succeed him. However, Rabbi Menachem Nochum died a month before the Rebbe did. The grave of the second Shtefaneshter Rebbe became a hallowed pilgrimage site for Jews and Christians alike, attracting thousands of visitors on his yahrtzeit and the depositing of thousands of prayer notes written in Hebrew, Yiddish, and Romanian in his ohel.

In 1968 Dr. Joseph Brayer, former av beis din (head of the rabbinical court) of Shtefanesht and as of 2006 rabbi in the Tiferet Avraham Matitiahu Synagogue in The Bronx, New York, initiated a plan to reinter the Rebbe's remains in Israel. The body was exhumed under the direction of Dr. Moses Rosen, Chief Rabbi of Romania, and reinterred in the Ruzhin plot in the Nahalat Yitzhak Cemetery in Giv'atayim, Israel. This new gravesite also became a shrine for people in need of blessings and salvation, with thousands of visitors each year on the Rebbe's yahrtzeit. Back in Romania, Orthodox Christian peasants continued to light candles and leave prayer notes in the Rebbe’s empty ohel in the hope that the Rebbe would still intercede on their behalf