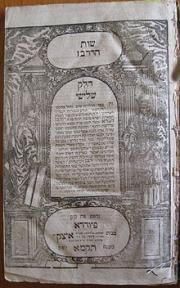 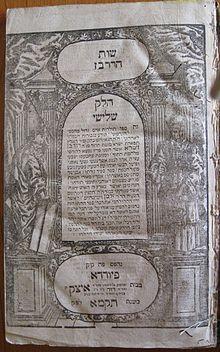 The Radbaz was born in Spain around 1479. He was thirteen years of age when his parents, like all Spanish Jews banished from Spain, settled in Safed, where he studied under the direction of Joseph Saragossi.

For unknown reasons, he left the Land of Israel at the age of 31 or 32 and traveled to Wattasinid Fez, where he became a member of the beth din (rabbinical court) presided over by the nagid Isaac Sholal.

In 1517, upon the abolition of the office of nagid by the Turkish government, the Radbaz moved to Cairo. There he was appointed Hakham Bashi, or Chief Rabbi of Egypt, a title he held for forty years. He was highly revered for his vast knowledge, integrity of character, and extensive philanthropy. Independently wealthy, the Radbaz was a successful merchant with business connections in other countries. The yeshiva which he founded and supported attracted many distinguished students, among them Bezalel Ashkenazi and Isaac Luria.

In the introduction to his commentary on Song of Songs, Isaac Akrish paints in vivid colors the character of the Radbaz, in whose house he lived for ten years. According to Akrish, the Radbaz was very prominent in both the social and the political life of Egypt thanks to his status as a wealthy intellectual. During the time he served as Chief Rabbi, he introduced many reforms to the everyday life and religion of the Egyptian Jews. It was he who abolished the use of the Seleucid dating system in the Egyptian Jewish community and reintroduced the dating of years from Creation, as was done in other Jewish communities and continues to be done until the present day.

Upon attaining the age of 90, the Radbaz resigned the chief rabbinate and divided the greater part of his fortune among the poor, making special provision for Torah scholars. He then moved to Jerusalem. But he did not stay there long, due to the burdensome taxes that the Ottoman Empire had imposed upon Jews. He settled in Safed, capital of the Safad Sanjak, where he became an active member of the rabbinical court presided over by Joseph Karo, who held him in great esteem. He spent the last 20 years of his life in peace, continuing his learning and his writing.

May the merit of the tzadik  David ben Solomon ibn Abi Zimra protect us all. Amen