Rabbi Yaakov Koppel Altenkunshtadt (1765–1837), also known as Reb Koppel Charif for his sharp (Hebrew: חריף) intellect, was one of the leading Orthodox rabbis of Hungary in the first half of the nineteenth century. 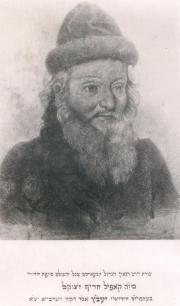 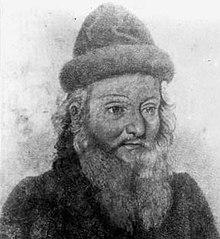 Rabbi Yaakov Koppel Altenkunshtadt (1765–1837), also known as Reb Koppel Charif for his sharp (Hebrew: חריף) intellect, was one of the leading Orthodox rabbis of Hungary in the first half of the nineteenth century. A peer of the famed Moses Sofer of Pressburg, Koppel Charif presided over what was at one time the largest and most prestigious yeshiva in Hungary.

In 1781 (Jewish year 5542) Reb Koppel Charif went to study under Yechezkel Landau of Prague, author of Noda biYehudah, where he soon attained the reputation of being the sharpest of all Rebbi Yechezkel Landau’s students and was awarded the title of meshuchrar (lit. free, unrestricted).  The title indicated a student who had achieved full independence in scholarship and was free to attend or not attend classes as he wished. The only other student of the Gaon Noda biYehudah who earned this title was Reb Koppel Charif’s colleague, Rebbi Elyokim Götz Schwerin. During his time in Fiurda, Reb Koppel Charif's parents passed away.

He lived in Prague for four years from 1783 to 1886 (Jewish years 5544 to 5547), till the age of twenty-one. In 1786 (Jewish year 5547) he became engaged to Raizel Pessels, the daughter of the scholar and merchant R’ Avrohom Pessels of Shtampfen, Hungary. As the marriage was delayed for more than a year, he studied in Pressburg at the yeshivah of the Gaon Rebbi Meir beReb Shaul, known as the Mahara”m beRebbi, Av Beis Din of Pressburg. The marriage finally took place in 1788 (Jewish year 5549).

He studied in Shtampfen for a few months until he was appointed the rabbi in Karlburg which he served from 1789 until 1791 (Jewish years 5550 until 5552) at which time he was chosen to be rabbi of Verbau, Hungary.

Beginning of eulogy of Koppel Charif by Moshe Sofer
Reb Koppel Charif served as rabbi of Verbau for 45 years. He was well loved by the community and known for his humility, kindness, and accessibility. His life in Verbau was pleasant and tranquil and through him the city became famous for Torah scholarship. His yeshivah usually held about 150 students, which amounted to thousands over the decades.  The yeshiva produced many scholars including Rebbi Osher Anshel HaLevi Yungreiz, author of the sefer Menuchas Osher, Rebbi Meir Eizenshtadt, Av Beis Din of Ungvar, author of Imrei A”sh, and Rebbi Itzok Aharon Landemberg.

Reb Koppel Charif died 19 December 1837 (21st Kislev 5598) and was eulogized by the Chasom Sofer who had exchanged letters with him for several years. The eulogy appears in Moshe Sofer's commentary on Chumash, Toras Moshe, in parshas Vayechi.

In his humility, Reb Koppel Charif did not publish his Torah or Talmudic commentary or halachic rulings. However, he sons did assemble manuscripts most of which were destroyed in a fire many years after his passing. Only his chiddushim on tractate Chullin were printed some months after his passing, by the name of Chiddushei Yaavetz on massechess Chullin. Moses Sofer wrote an approbation to that sefer.

Also surviving the fire were novellae on tractate Gittin, on the three Bovos Bovo Kamo, Bovo Metzia, Bovo Basro, and on various discourses on the Talmud

May the merit of the tzadik Rabbi Yaakov Koppel Altenkunshtadt protect us all. Amen