Rabbi David Moshe Friedman of Chortkov (7th Sivan 1827 - 21st of Tishrei, 1903) was the father of Chortkov Chasidic, the son of Rabbi Yisrael of Rouzin (great-grandson of Mezrich) and son-in-law of Rabbi Aharon From Chernobyl. 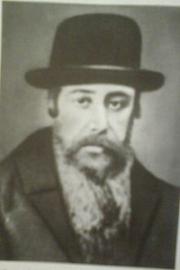 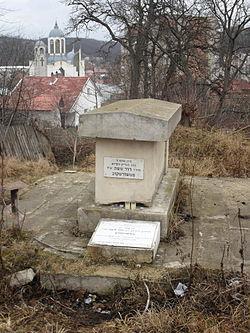 Rabbi David Moshe Friedman of Chortkov (7th Sivan 1827 - 21st of Tishrei, 1903) was the father of Chortkov Chasidic, the son of Rabbi Yisrael of Rouzin (great-grandson of Mezrich) and son-in-law of Rabbi Aharon From Chernobyl.

From his childhood, he was known as a talented child, and his father said of him even as a baby that his heart is a great soul nourishes the hearts of Israel to be closer to God. When his father passed away in 1850, he settled in Zlotipotuk and in 1865 moved to Chortkov and erected the Chortkov stork yard there, he and his followers bought the palace from the Runehima Borovska graph. However, settling in the city created considerable tension with the city's rabbi and supporters.

The lifestyle of the Hasidic Courtyard in Chortkov was magnificent and majestic as the way of work of the Rozyn Hasidic, unlike most Hasidic yards. The palace had its religious, cultural and social activities (such as reception, hospitality and more).

The Admor was known for his holiness and celibacy from this world without and his constant devotion to God, and in addition, he excelled in his gentleness and Israel's love for every Jew as he guided his followers. Responded to the boycott, which Rabbi Haim Matzaz proclaimed to be stalwarts leaving the house of Rozin. Chortkov's Jews consulted him on matters of holiness and holiness, and the Gentiles also respected him for his virtues and special virtues. After his death, his teachings were published in the book "The words of David."

Among his followers were prominent rabbis, such as Rabbi Meir Arik and the Maharashem of Berzan. Among the Salunim followers, he used to hang out in his yard, including Rabbi Mordechai Chaim Slanim, and even the Rebbe, Rabbi Shmuel Weinberg of Slonim, who was his followers.

The Admor Rabbi Shlomo Goldman of Zawil, studied with him for 7 years.

The grave of Rabbi David Friedman was built by the "Aoahli Tzadikim" Association. Several years ago, the grave was desecrated and its headstone was uprooted. The association built a temporary grave.

May the merit of the tzadik Rabbi David Moshe Friedman of Chortkov protect us all. Amen