Rabbi Moshe Greenwald (1853–1910), also spelled Grunwald, was one of the greatest rabbis of Hungary at the end of the 19th century. 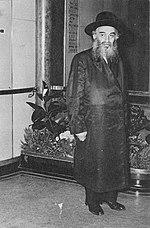 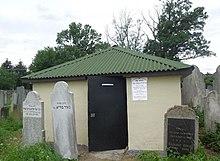 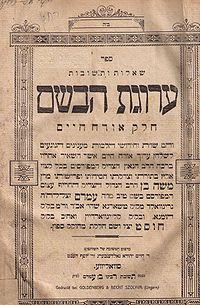 Rabbi Moshe Greenwald (1853–1910), also spelled Grunwald, was one of the greatest rabbis of Hungary at the end of the 19th century. He was the Rav of Chust, Hungary and progenitor of the Pupa Hasidic dynasty through his son Rabbi Yaakov Yechezkiya. He was also the author of Arugas Habosem, a book of responsa covering a wide breadth of halakhic issues.

From a young age, he studied at the yeshiva of Rabbi Menachem Katz, a disciple of Hatam Sofer in Tzehlim (Deutschkreutz, now in Austria) and with his grandfather Rabbi Yosef Greenwald. From the age of sixteen, he studied at the Pressburg Yeshiva with his distinguished teacher, the Ketav Sofer, where he studied together with his good friend Rabbi Yosef Chaim Sonnenfeld, later the rabbi of the Eda Haredit in Jerusalem. Rabbi Greenwald was one of a group of students of the Ksav Sofer who took on Hasidic customs. At the age of twenty, he was orphaned from his father, and the burden of supporting the family fell on his shoulders, and he was forced to engage in timber trading, but continued his studies with great persistence. At that time he married his relative Zissel Gestetner.

At that time, he began to say Shiurei Torah in a yeshiva in the city of Csorna, and at the age of twenty-six, began to serve as rabbi in the city of Humenné in Hungary (today in Slovakia). In 1887, Rabbi Greenwald was appointed rabbi of the city of Kleinvardein (Kisvárda) in Hungary. Rabbi Greenwald was originally from a non-Hasidic family, which behaved like the custom of the Chatam Sofer, but from his youth he became a Hasid and traveled to the Admorim of Belz and Siget. From that time he also made sure to wear the Shtreimel. He was a disciple of the second Belzer Rebbe, Rabbi Yehoshua Rokeach. His descendants led a famous Hasidic community, called the community of Papa, after the city where his son served as Rebbe and Admor.

Rabbi Greenwald began his rabbinic career as the Rav and av beis din in Humenné (Homonna in Hungarian), where he established a yeshiva. From there he accepted the rabbanut of Kleinwardein, or Kisvárda in Hungarian and in 1887 he moved to Khust (Huszt in Hungarian), where he also headed a yeshiva. Among his favorite students in Chust were Rabbi Shraga Feivel Mendlowitz, the future founder of Yeshiva Torah Vodaath. In 1893, Rabbi Greenwald was appointed rabbi of the city of Khost in Hungary (now in Western Ukraine), and many of the greatest rabbis of Hungary, headed by Maharam Schick, served in the rabbinate of the city of Hust. Rabbi Greenwald replaced Rabbi Yoel Zvi Rata who died that year. Rabbi Greenwald expanded the Hust Yeshiva, which became one of the largest yeshivas of Hungarian Jewry. Many Hungarian rabbis of the twentieth century were among his disciples. Students also came from outside the borders of Hungary and even from the United States.

Like his rabbis, Rabbi Greenwald continued his war against the Neo-Reform movement and against any deviation from the tradition of Orthodox Judaism. In his responsa, he refers harshly to changing the place of the cantor from the cantor's lectern to the stage in the middle of the synagogue. He also decrees that his son will be careful to shave his son's hair at the age of three and not before, according to tradition.

Rabbi Greenwald was a prolific author, but most of his fame comes from the responsa he wrote – "Arugat HaBosem".

May the merit of the tzadik Rabbi Moshe Greenwald protect us all. Amen