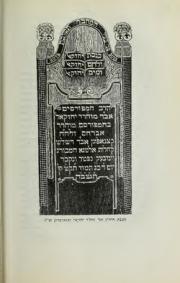 At first rabbi at Kėdainiai (Keidani), he was called to Altona in 1714. This call he owed to the efforts of Issachar Kohen, an influential member of the Altona congregation; and Katzenellenbogen in return secured the election of Kohen's son-in-law to the rabbinate of Keidani. Jacob Emden, who reports this story in his Megillat Sefer (pp. 121–140), seems, however, to have been prejudiced against Katzenellenbogen, whom he describes as a man of very low moral character, an ignoramus, and a poor preacher.

Born in 1667 to Rabbi Avraham Katsinalpogin, in the city of Brisk Lithuania. There he studied and was educated by Rabbi Mordechai Ziskind. As a young man, he was discovered as a lifelong sharper. When he came to his dismay, he married the daughter of Rabbi "Shlomo Zalman Sirkish" of Brisk. The rabbi has served for 30 years, followed by his publication. This appointment, according to a description of the High Court in his autobiographical book "Megillat Sefer", came into his hands following a secret exchange deal with one of Altona's counterparts, for which he served Governor's son-in-law in the Kaiden Rabbinate. Rabbi David Rabbi Oppenheim (Rabbi of Prague), Yaakov Katz (Pupersh), Rabbi of Frankfurt on the mein , and Rabbi Yehuda Miller, Rabbi of Kaliva, addressed him in reply, and his answers were printed in his book "Knesset Yehezkel". He was involved in imposing the prohibition on Ramchal to write on behalf of Magid. His letters on the subject of Venice's rabbis are in the file "Ramchal and his contemporaries" on the 25th of Tammuz, July 9, 1749. After midnight, Rabbi Yechezkel died and was buried that evening. In Altona.

May the merit of the tzadik Rabbi Ezekiel Katzenellenbogen ben Abraham protect us all. Amen