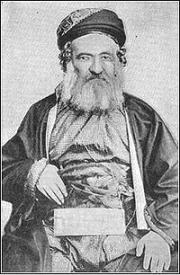 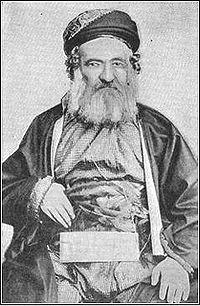 While still a boy, he went to Ottoman Palestine with his parents, who settled at Safed, and at their death in 1836, he moved to Jerusalem. In 1848, he was commissioned by the Jewish community of the latter city to travel through the southern countries to collect alms for the poor of Jerusalem. In 1854 he undertook a second tour to collect funds for the construction of the Hurva Synagogue in the Jewish Quarter, which led him in 1859 to Yemen, British India, Egypt, and Australia.

The result of this journey was his momentous ethnographic work, `Even Sapir, a travel diary in which he gave the history, and a vivid though uncritical description of the condition of the Jews in the above-mentioned countries. Saphir published also Iggeret Teman (Wilna, 1868, consciously titled after Rambam's letter of centuries earlier), a work on the appearance in Yemen of the pseudo-Messiah Judah ben Shalom, and which was largely responsible for ending Judah ben Shalom's career. Saphir died in Jerusalem in 1886.

Saphir was the first Jewish researcher to recognize the significance of the Cairo geniza, as well as the first to publicize the existence of the Midrash ha-Gadol, both later studied with great panache by Solomon Schechter.

Sapir also did extensive research and writings on Yanover, Israeli and Greek etrogs. He dedicated a collection of poetry to Sir Moses and Lady Montefiore

May the merit of rabbi Jacob Saphir protect us all. Amen