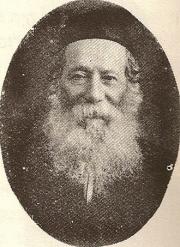 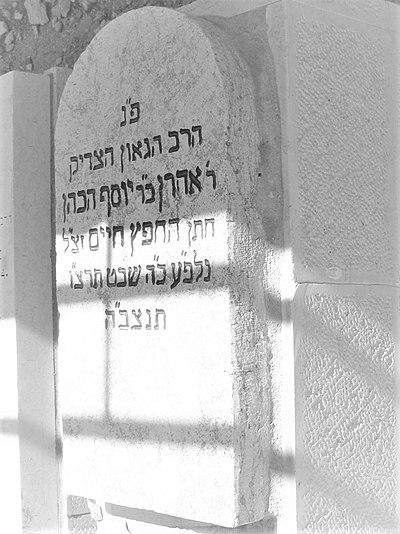 Born in Horodna in 1863 to Yosef HaCohen, Hania Bat Zvi.

Dedication of his work Avodat Korbanot, to High Commissioner Herbert Samuel
He studied at yeshivas in Ishishok and Bialystok. While in Bialystok, he assisted Chafetz Chaim during his visit to the city, and Chafetz Chaim chose him as the son-in-law for his daughter Gittel (died on 23 Tammuz 5769). On Elul 1802, the two married and Rabbi Aharon moved next to his father-in-law in Bradin, where he taught at the yeshiva, assisting his father-in-law in writing and distributing his books.

In 1863 he immigrated to Israel, and conducted the "Or Zorach" yeshiva founded by Zerach Brent.

On the 25th of Shevat 1936, he was buried in the Mount of Olives cemetery.

May the merit of the tzadik Rabbi Aharon ben Yosef HaCohen protect us all. Amen