Rabbi Moshe Nehemiah Kahanov (1817 - 18 Sivan, 31 May 1887) was a Belarusian rabbi. Rabban of Petrovich and Haselwitz, and at the end of his life the head of the Etz Chaim yeshiva in Jerusalem 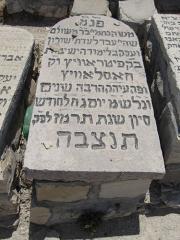 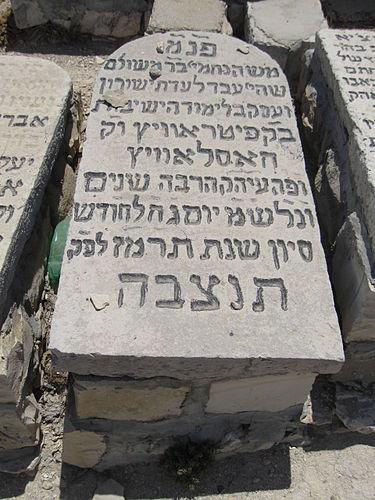 Rabbi Moshe Nehemiah Kahanov (1817 - 18 Sivan, 31 May 1887) was a Belarusian rabbi. Rabban of Petrovich and Haselwitz, and at the end of his life the head of the Etz Chaim yeshiva in Jerusalem

He was born in 1767 to Rabbi Meshulam Faivish, in the town of Kostyukovych (Kastyukovichi) (AN) in Belarus.

After his marriage he traveled to Vilna and stayed there for four years in which he shut himself up in one of the beit Kenesset, in the city and immersed himself in the Torah.

Upon his return to Petrovich, he was appointed a teacher and rabbi of the city and served in that position for ten years.

He was one of the greats of Jerusalem, and in addition to being the head of the Etz Chaim yeshiva, he would lecturer morals in the synagogues on Shabbat Shuva and Shabbat Hagadol

He also dealt with public needs, and presided over the "Shaarei Chesed Society for the Giving of Chesedim General", which was founded by Rabbi Shlomo Zalman Porush and was the first Gamach in Jerusalem.

In 1877, Rabbi Yehoshua Leib Diskin immigrated to Jerusalem. Following decrees and regulations that Rabbi Diskin wanted to amend and met with fierce opposition, a law was enacted in 1881 by the dignitaries of the Ashkenazi community who spread, that all regulations and agreements that Rabbi Diskin would amend without his approval Of Rabbi Kahanov and the approval of Rabbi Shmuel Salant - will not apply.

Eretz Hefetz - on the laws of donations and tithes.
Hukot Olam - On the Laws of Hybrids.
May Menuhot - on the laws of Shabbat.
Netivot Hashalom - on Shulchan Aruch Ibn Haezer and Hoshen Mishpat.
Shnat Hasheva - On the Laws of Shemita.
Nofet tzufim - on the Passover bank.
Sefatai Yeshenim - on matters of prayer.
Shaalu Shalom Yerushalaim - a description of the lives of the people of Jerusalem in his time.
His will was printed at the end of his book Old Lips.

May the merit of Rabbi Moshe Nehemiah Kahanov protect us all. Amen