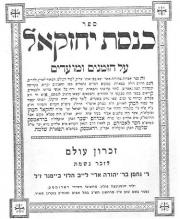 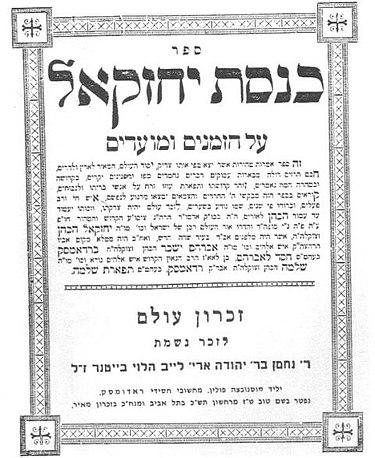 Yechezkel Hakohen Rabinowicz (also spelled Rabinowitz, Rabinowich, Rabinovitch) (1862 – 22 November 1910) was the third Rebbe of the Radomsk Hasidic dynasty. He was the grandson of the founder of the dynasty, Rabbi Shlomo Rabinowicz, the Tiferes Shlomo, and the second son of the second Radomsker Rebbe, Rabbi Avraham Yissachar Dov Rabinowicz. He is known as the Kenesses Yechezkel after the title of his Torah work.

Rabinowicz initially served as Rav of Novipola, but became the third Radomsker Rebbe after his father's death in 1892. He was known for his dedication to Torah study, his extreme modesty, and his powerful sermons. Although he did not inherit his father's and grandfather's musical ability, he led the prayers with great devotion.

Rabinowicz, who suffered from diabetes like his father, also died at the age of 48, on 22 November 1910. An estimated 25,000 people attended his funeral from all over Poland and Galicia, and special trains brought mourners from Łódź, Bendzin and Czestochowa. His Torah teachings were compiled under the title Kenesses Yechezkel, published in 1913.

He had two sons, Elimelech Aryeh, the Rav of Siedliszcze, and Shlomo Chanoch, who succeeded him as Radomsker Rebbe. Both sons were murdered in the Holocaust

May the merit of the tzadik Rabbi Yechezkel Hakohen Rabinowicz protect us all. Amen