and a disciple of Rabbi Abraham Isaac Kook. 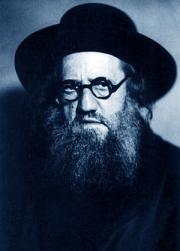 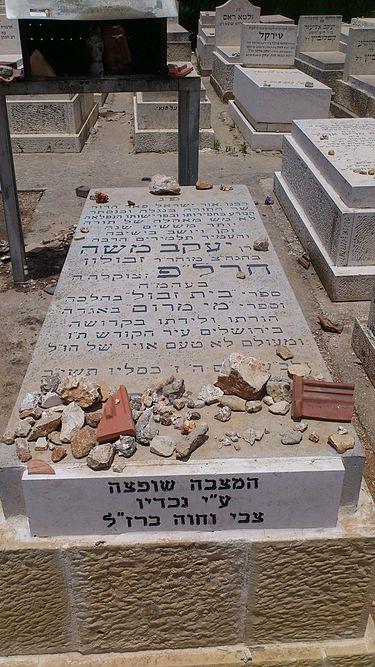 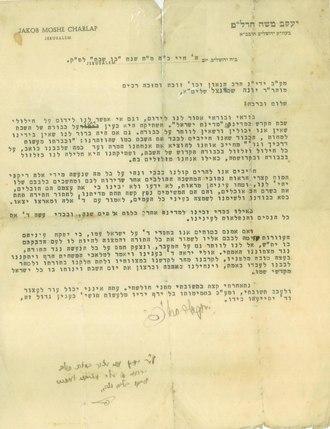 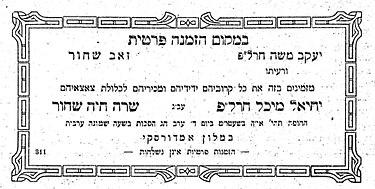 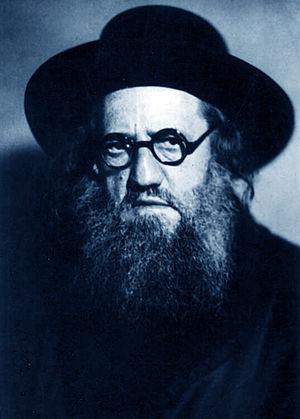 Charlap served as rabbi of the Sha'arei Hesed neighborhood in central Jerusalem, and author of the Mei Marom series of books on Jewish thought.

Charlap was born in Jerusalem in 1882, where his father served as a rabbinic judge (dayyan) in the bet din of Rabbi Yehoshua Leib Diskin.

Shortly after Rabbi Abraham Isaac Kook arrived in Israel in 1904, the two developed a close relationship; Charlap was particularly influenced by Kook's thought.

When the Sha'arei Hesed neighborhood of Jerusalem was established outside the Old City in 1908, Charlap was appointed rabbi of the neighborhood.

In 1924, when Rabbi Kook established the Mercaz HaRav yeshiva, Charlap was appointed Rosh Yeshiva, a position he held until his death in 1951.

When the State of Israel was founded in 1948, he expressed both orally and in writing that this event signified “the beginning of the redemption”.

He died in 1951 and is buried in the Sanhedria Cemetery of Jerusalem.

May the merit of the tzadik Rabbi Yaakov Moshe Charlap protect us all. Amen