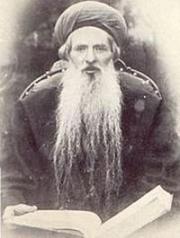 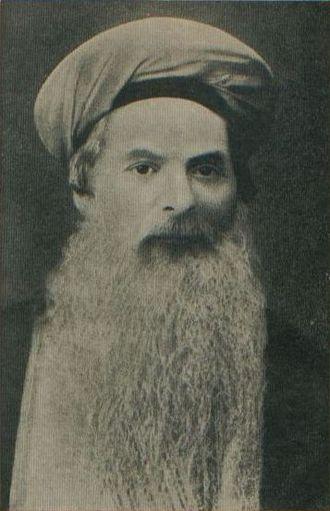 As a young boy, R' Medini became famous as a great Torah scholar. He served as a Rabbi or a teacher in different towns in Turkey and the neighboring provinces of Kavkaz and Krim. In 1878 he returned to Israel, and settled in Yerushalayim for 2 years. In 1880 he was appointed as the head Rabbi of the Jewish court in Hebron and the rabbi of the main yeshivah. During this time R' Medini became famous as one of the most brilliant Sephardic rabbis of his generation, knowlgedable in all the Shaas and Poskim (Jewish law). He was known for his great memory and righteous behavior, even the Arab inhabitants of Hebron respected him very much, and accepted him as a holy man. After his burial they tried to steal his body and bury him in their mosque, but were unsuccessful.

Rabbi Chizkiyahu Medini lived in Buchara as a young man. The town had a kolel, patronized by a wealthy Jew who supported the young married students while they learned Torah. Although the kolel had set times for learning, Rabbi Medini, who loved to learn Torah, would come early in the morning and leave late at night. Because of this dedication, the wealthy patron was fond of him and would show him special favor.  A man who frequented the beit midrash became extremely jealous, believing that Rabbi Medini was receiving more money than the other students. And so he devised a wicked plan against him. He bribed the gentile housemaid who cleaned the wealthy man's house and the beit midrash to tell people that R' Medini had tried to seduce her.

Early one morning, when Rabbi Medini came to the beit midrash, the housemaid, who had been cleaning the beit midrash, ran screaming hysterically into the street, claiming that R' Medini had tried to seduce her. Many people came running into the beit midrash, including the jealous man who had plotted the whole thing, and they began to shout at R' Medini, asking him how he dared do such a terrible thing. The jealous man then convinced the angry crowd to go to the wealthy man's house and demand that he dismiss R' Medini from the kolel. After they had told him what happened, the wealthy man instructed them to return to the beis midrash and promised that he would verify the truth of their accusations. Reluctantly they consented.

Throughout the entire incident Rabbi Chizkiahu Medini had continued his learning without interruption and did not even take the time to reply to their accusations. The wealthy man arrived at the beit midrash and watched him for half an hour, during which time R' Medini continued learning. Finally the wealthy man announced that R' Medini was a holy man and anyone who dared slander him would not be allowed to enter the beit midrash again. He also fired the housemaid. No one dared to disobey him and the whole matter was put to rest.

A few days later, when Rabbi Chizkiyahu Medini was learning as usual alone in the beit midrash, the housemaid approached him early one morning. She burst into tears and said to him, "You know the truth, that I falsely slandered you. But it is not my fault. So-and-so bribed me and so I did what he told me to. But what have I gained from all this? The money he gave me is gone and now I am without a job. Therefore I wish to make a public confession that you are innocent and that he was the culprit who initiated the whole affair."

R' Medini considered the matter. On the one hand, the housemaid's public confession would be of great benefit to him, since it would convince everyone that he had been framed and had not done anything wrong. But on the other hand, he realized that a chillul hashem (desecration of God's Name) would result from such a public confession. People would find out how wicked the man was who was willing to ruin R' Medini's reputation and had tried to deprive him of his livelihood out of jealousy. He decided that even though he would personally benefit from a public confession, yet he must prevent such a chillul hashem.  "I have a better idea," he told the housemaid. "Why go through such a public embarrassment? I will find a new job for you." She readily agreed, since this served her purposes better than a confession, which would not only leave her penniless, but would also show her in a bad light. Rabbi Medini kept his promise and convinced another member of the community to hire her.

The wicked man who had tried to ruin Rabbi Medini died within a week, and took the secret of what he had tried to do with him to the grave. R' Medini later recalled that after this incident he gained great clarity in learning Torah, such as he had never before experienced, and he felt as though he had been given the entire Torah as a gift. He continued to grow in his learning and was known as one of the greatest Torah luminaries of his generation. He was the author of the numerous volumes of the halachic work Sedei Chemed, considered to be a complete Talmudic encyclopedia.  Rabbi Chizkiyahu Medini's humility and his ability to recognize true priorities enabled him not to take revenge on the man who wished to harm him. From his example we can learn that humility is one of the most valuable tools in educating children.

When Rabbi Chaim Chizkiyahu Medini was the rabbi of Chevron, a shoemaker once repaired his shoes and delivered them to the Rabbi's house. The cost of the repair was only a small amount, but the Rav only had a large bill in his possession. The shoemaker was not troubled and said that he would return the next day to collect his fee. However, the Rav refused to agree to this. He said that it is written in the Torah "...Do not keep the wages of a hired worker with you until morning," and just because he only has a large bill and there is no one available to change it does not exempt him from the prohibition of the Torah. While they were talking another person entered the house and the Rav borrowed money from him in order to pay the wages of the shoemaker.

May the merit of the tzaddik  Rabbi Chaim Chizkiyahu Medini  protect us all, Amen.