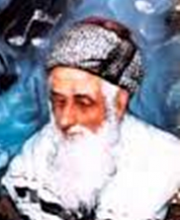 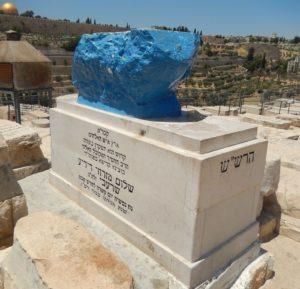 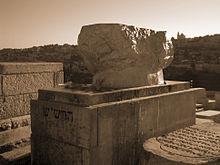 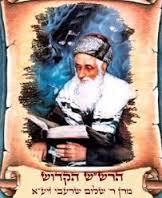 Rabbi Shalom Shar'aby was  born in the city of Sharab, where his superior intellectual gifts were evident at an early age. Unfortunately, the premature death of his father prevented him from remaining in Talmud-Torah, as the young orphan was now the sole support of his family. Shalom became a traveling merchant and sold his wares from door to door. This left him with only his evenings free to pursue his one true love: the study of Torah. He would often remain in the study hall till the wee hours of the morning before going home to catch a few hours of sleep.

But Shalom's thirst for Torah knowledge was insatiable. Despite his achievements, he still felt as if something were missing. It was then that he discovered the esoteric realm of Torah - the Kabbalah and its mysteries - as developed by the sages of Yemen. Enthusiastically he plunged into the study of the higher worlds and the Torah's secrets, and distinguished himself in this realm as well. But the young Rabbi Shalom insisted on working for a living, and continued to peddle his notions as before. One time on a business expedition Shalom found himself in a very dangerous situation, and vowed that if God saved him, he would move to the Holy Land. Indeed, God came to his aid, and he left his friends and family and embarked on the long journey through the Middle East. On his way he stayed in India, Baghdad and Damascus. There he left a strong impression on the Rabbis.

Shalom's joy knew no bounds when he finally arrived at the Yeshiva of the Kaabbalists "Beit El" in Jerusalem, headed by the famous Kabbalist Rabbi Gedalia Chiyun. His soul longed to join the other students of the inner aspects of Torah, but he had no wish to reveal his already extensive knowledge. Instead, he presented himself as a simple Jew and found employment as the shamash (sexton) of the study hall.

It was a wonderful opportunity to learn without being observed. As a regular presence in the Talmud-Torah, no one paid any attention to Shalom, who kept his eyes and ears open to every word. Thus he gradually increased his knowledge until he far surpassed everyone else. But his greatness remained a secret known only to him.

One day a question came up in the Yeshivah that no one could answer. For days the Kabbalists consulted their heavy tomes, but could not come up with a satisfactory explanation. Rabbi Gedalia became almost obsessed with the problem, and was very perturbed by his inability to solve it.

R' Shalom had been listening to their deliberations and knew the answer. But not wishing to reveal himself, he remained silent. As the days progressed, it was as if a dark cloud hovered over the study hall.

One day Shalom came upon Rabbi Gedalia weeping over an open volume, begging and imploring God to illuminate his mind. It was impossible to ignore such a pitiful sight. Later that night, when the study hall was empty, Shalom wrote the answer on a small piece of paper and left it between the pages of Rabbi Gedalia's book.

The next morning the study hall was in an uproar. The problem that had appeared so difficult and complex had been solved in a clear and logical manner. Everyone was curious where the wonderful explanation had come from, but it remained a great mystery.  The strange phenomenon repeated itself several times. Whenever a difficult question was raised in the evening, its answer was found in Rabbi Gedalia's book the next morning. A thorough investigation was conducted, but the head of the Yeshivah could not determine where the answers were coming from.

The riddle was solved in a totally unexpected manner, when Rabbi Gedalia's young daughter Chana happened to mention that she had noticed the Yemenite shamash flipping through the pages of one of her father's books. In fact, she had noticed him doing so on several occasions. The next time an unresolved question was raised in the study hall the Rabbi made believe he was going home for the evening but hid in a closet. Indeed, to his utter shock, he observed the shamash consulting the holy tomes and secreting a piece of paper between the pages of his prayer book.

The next morning the head of the Yeshivah insisted on seating Rabbi Shalom Sharaby at his right hand side, and revealed to all the great mystery. In fact, he later appointed him his heir and successor, despite his young age of only 27. Chana the daughter of Rabbi Gedalia Chayun became his wife. Rabbi Shalom Sharabi 's greatness was thus revealed to everyone in Jerusalem, and many stories are told about his wisdom. For 30 years he served as head of the Beit El Yeshivah, until passing away. During these 30 years he also succeeded in protecting the Jews of Yerushalayim from their Moslem neighbors.

Some of R' Shalom's main students were The CHIDA, R' Yom-Tov Elgazy, R' Chaim De La Roza and R' Gershon of Kitov (brother-in-law of the Baal Shem Tov). The CHIDA (Rabbi Chaim Yosef David Azulai) describes The Rashash as a holy man who knew all the books of kabbalah he was studying, orally, and was using all the kavanot written by the Ari.  .

In his study of Kabbalah The Rashash would only study the Zohar, the writings of the Ari and his student Rabbi Chaim Vital. He would not study books written by other students of the Ari or any other early or late kabbalists.

Rabbi Shalom Sharaby wrote a siddur called Siddur HaRashash, a kabbalistic prayer book based mainly on the teachings of the Ari HaKadosh. The introduction to his siddur is called Rechovot HaNahar. This prayer book is still used today by kabbalists for prayer.

The Rashash was buried at Har HaZeitim (Mount Olives). He made a promise before his death that whoever will visit his gravesite and will pray with a pure heart, his prayer will not go unanswered.

May the merit of the tzaddik  Rabbi Shalom Sharabi  protect us all, Amen.

Hebrew books by and about the Rashash