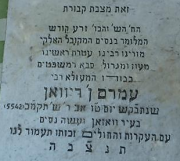 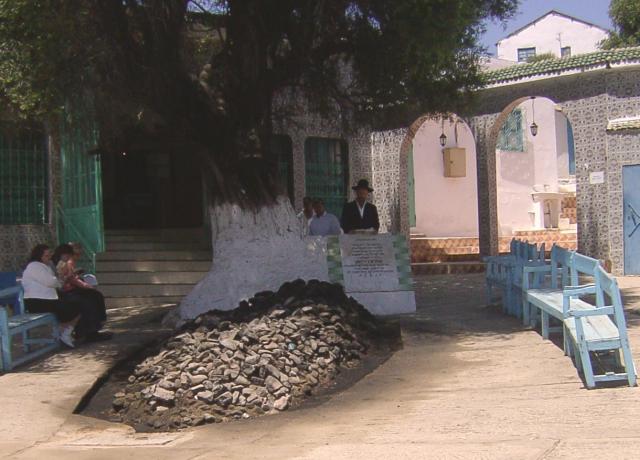 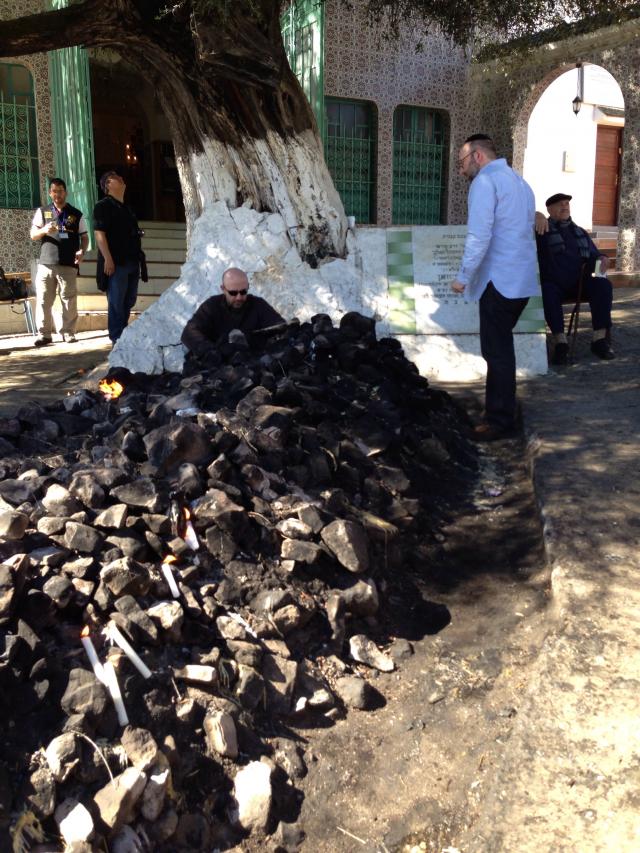 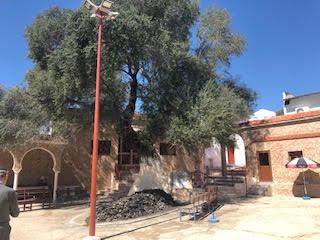 In 1763 Rabbi Amram was sent as a shaliach (emissary) from Hebron to Morocco to raise money for Yeshivot in Israel. He settled in the city of Vazan where he opened a Yeshivah. Within a short time he had many students, who benefited from his great Torah wisdom, love and caring. Rabbi Amram also became famous as man of miracles and wonders and many people from all over Morocco flocked over to him to receive his blessings. After ten years of raising the standards of  Torah study in his community and the entire country, he decided to return to Israel.

His stay in Israel was very short. Dressed like a Moslem R' Amram went to pray at the cave of Machpela in Hebron - where the forefathers are buried. At that time Jews were forbidden to pray at the cave of Machpela. One of the Arabs recognized the Jewish rabbi and told the Turkish authorities. Together with his son Chaim, Rabbi Amram escaped to Morocco which was outside the Turkish empire.

After a short stay in Fess, Rabbi Amram and his son went on a journey all over Morocco to teach Torah. While staying in the city of Tzafro near Fess, the son Chaim became gravely ill and the doctors gave up all hopes to save his life. Rabbi Amram prayed to God to take his own life instead of his son. Chaim recovered from his illness and after a short period of time Rabbi Amram passed away from the world.

The gravesite of Rabbi Amram ben Diwan in Vazan became a center of attraction for all Moroccan Jews. There are many stories of miracles about Jews and non Jews who visited his site, and were healed from all kinds of illnesses.

May the merit of the tzaddik  Rabbi Amram ben Diwan  protect us all, Amen.