The last judge of Israel before the Kingdom era. Anointed Shaul as the first king of Israel, and later on King David as his successor. 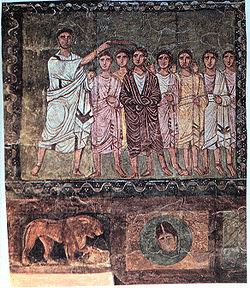 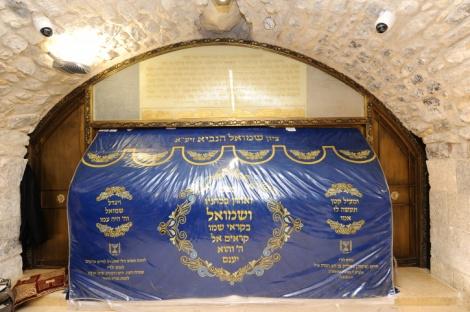 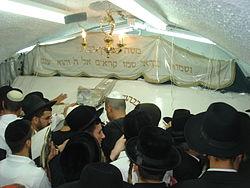 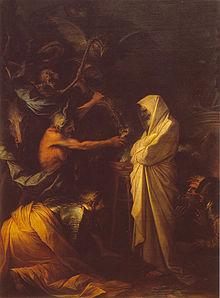 Shmuel the Prophet was the last judge of Israel before the Kingdom. He was instructed by God to anoint Shaul as the first king of Israel, and later on anointed King David as his successor.

Shmuel is considered the "Father of all prophets", second only to Moshe Rabeinu and Aharon HaCohen. According to the Ari (Rabbi Itzchak Luria), Shmuel's soul level of Nefesh originates from Cayin son of Adam. Shmuel also attained by ibbur, the souls of Nadav & Avihu sons of Aharon HaCohen. (Sha'ar HaGilgulim, hakdama 32) Shmuel's soul returned again as Aviyah the son of King Yerovam. (Sha'ar HaGilgulim, hakdama 33).

In recent history Rabbi Shmuel Shmelke of Nikolsburg (1726-1778), student of the Maggid of Mezritch, was considered to have a spark of soul from Shmuel The Prophet.

There was not a day that Chana was not confronted with her barrenness. She sat silently at the table, the tears welling in her eyes, observing the lively tumult about her and the obvious pleasure Penina took in tending to her children, and she could not eat. Elkana, sensing her agony, served her the choicest portion, handing it to her lovingly, but it remained untouched. Each year, Elkana and his family traveled to Shilo. Along the way, they stopped, and Chana and Elkana encouraged others to join them in their pilgrimage. Each year they took a different route, exhorting everyone they met to come along, until eventually, entire villages from all over the land of Israel journeyed with them to sacrifice and give thanks to God in Shilo.

It was autumn, they were in Shilo again. Elkana called his family together to share with them the sacrifice. As always, the best went to Chana. And she alone took no part in the joyous celebration. Gently, Elkana said to her: "Chana, why do you cry? Why is your heart saddened today? Does not my love mean more to you than the love of ten children? "But the days when that love could have contented her were long past. In her mind, she saw only Penina, who made even the most mundane aspects of motherhood seem sublime. So, when everyone had finished the meal, she returned to the House of God, and standing before the Ark, she prayed. "God, you have created everything in this world for a reason. You have given me eyes to see, ears to hear, a mouth to speak. Why have You given me a womb, if not to carry a child? "Look at all the hundreds of people I have gathered to stand before you here. Shall I not have even one to call my own? Look at my despair, and give me a child, like other children, a happy child, a healthy child. No more do I ask for myself. But if it be Your will, then send me a child who will be a great leader, a sage and a holy man, as were Moshe and Aharon, and I will dedicate his life to You." For what seemed like an eternity, she stood before the wall, her body shaking and racked with tears, her lips moving but her voice hardly more than a whisper.

In those days, prayers and supplications were said aloud, and Eli, the high priest, was suspicious of her behavior. "Woman, are you drunk?" he called. "Go away from here, for it is improper to stand before God in a state of intoxication. "No," she answered, "I have poured myself no wine today. It is my heart that I have poured out before God in my anguish. "Then go in peace," Eli replied, "and may God grant you your prayer." So they returned home.

That year, Chana bore a son, and she named him Shmuel. When Shmuel was two, she took him with her to Shilo. She stood before Eli and said, "I am the woman who prayed to God in my sorrow. Beside me is my son, the answer to that prayer. And now may he be given into the service of God for the rest of his life. "And she sang a song of thanks to God, she returned home, and Shmuel remained with Eli in the House of God. Though she visited him again each year, from that day on he was no longer only hers. She sacrificed her son to God, as Avraham Avinu had done before her. She sacrificed him not on an altar of stone, but on the altar of her heart, and her sacrifice was forever. She had other children later, two more sons and two daughters, but we know her only as the mother of Shmuel the Prophet, the son she gave away.

May the merit of the Tzadik Shmuel HaNavie protect us all, Amen.

Please note: The day of the hillulah is known as the 28th or the 29th of Iyar.