A Ger Tzedek (righteous convert), burned at the stake by the Church in Vilna in 1751. 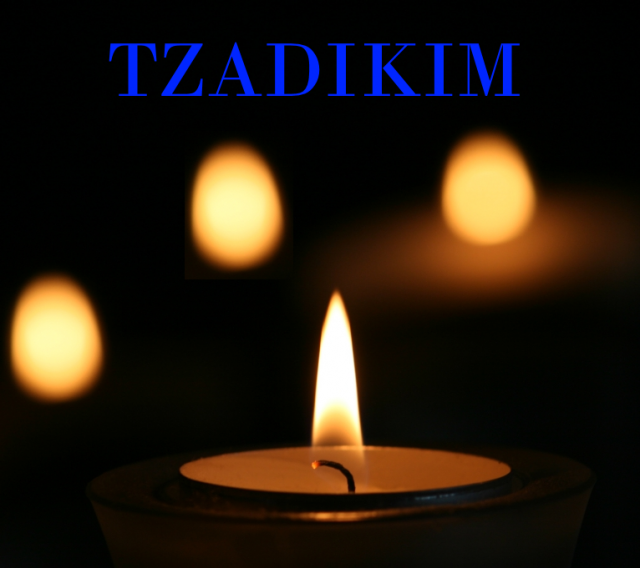 In the time of the Gaon of Vilna, there lived a Ger Tzedek by the name of Avraham ben Avraham. The Ger Tzedek was born in Poland to a family of the Polish nobility and he was known as the Count Pototski (a Catholic priest).
He was sent to Rome for his studies and it was here that he arrived at the conclusion that Christianity is utterly false and that that the truth is to be found only in Torah and Judaism. He made up his mind that he would convert.

In those days, conversion to Judaism was punishable by death. Count Pototski fled to Holland where there was freedom of religion. He underwent conversion and was named "Avraham ben Avraham."
Avraham ben Avraham yearned to be in a dynamic atmosphere of Torah learning. Therefore, he soon afterwards left Holland and traveled to Lithuania. He settled in a small village on the outskirts of Vilna where he hoped to be as inconspicuous as possible.

One day, the authorities discovered the identity and whereabouts of Avraham ben Avraham. They arrested and imprisoned him and sentenced him to execution.
The night before the execution was to take place was the night of Shavuot. The Gaon of Vilna came to visit Avraham ben Avraham and found him weeping. "Why do you weep?" asked the Gaon. "Are you afraid to die?"
"No," answered the Ger Tzedek, "on the contrary, I am most joyful that I have the opportunity to publicly sanctify Hashem's Name!"
"I cry because I fear that I will be alone in Gan Eden. I have no father. I have no children. Who will be with me in the World to Come?"
"You are making a mistake," replied the Vilna Gaon. There is a midrash explaining the verse in Yishayah, "So says God...I am the First and I am the Last..,"
I am the First - for I have no father,
I am the Last - for I have no son.
"It is a puzzling midrash," continued the Vilna Gaon. Why should it be necessary for the verse to inform us that God has no father and no son??!
This is a mistake printed in the midrash. The proper wording of the midrash is as follows:
I am the First - to those who have no father,
I am the Last - to those who have no sons.
"You shall not be alone in Gan Eden," declared the Gaon. "HASHEM (God) will be your Companion!!"
Avraham ben Avraham was burned at the stake on the second day of Shavuot. His remains were salvaged by a few Jews who disguised themselves as Poles. They gathered his ashes and buried them in the Jewish Cemetery in Vilna. Every year, following the directive of the Vilna Gaon, the Jews of Vilna would make a special memorial tefilla l'iluy nishmato on the second day of Shavuot.

May the merit of the Ger Tzedek Avraham ben Avraham protect us all, Amen.