Rabbi Yaakov Yisrael Kanievsky, known as The Steipler or The Steipler Gaon, was a rabbi, Talmudic scholar, and posek. 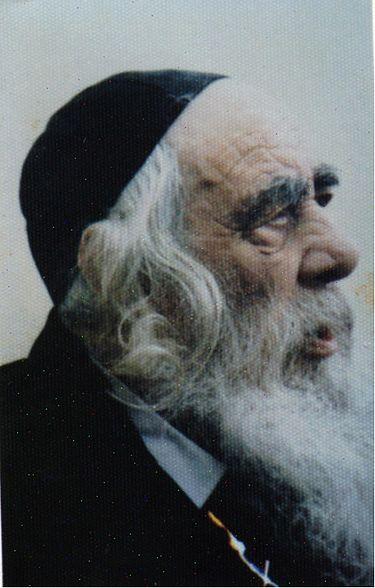 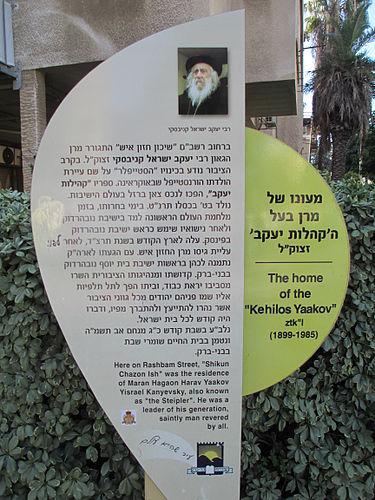 Rabbi Yaakov Yisrael Kanievsky was born in the Ukraine and in his youth his parents moved to the town of Hornostaypil, from which his appellation, "the Steipler", was later derived. He was the son of Rabbi Chaim Peretz, who was a Chernobyl Chassid and the local shochet. Around the age of 11, Rabbi Kanievsky entered the Novardok yeshiva, studying under its famed dean, Rabbi Yosef Yoizel Horowitz.

Having progressed rapidly and gained a reputation as a Talmid Chacham, around the age of 19 he was sent by Rabbi Horowitz to set up a branch of the yeshiva in Rogochov. However, the Bolshevik Revolution was in full swing and Rabbi Kanievsky was conscripted into the Red Army. In spite of the harsh conditions, he continued to strictly observe all the mitzvos.

Once, during his army stint, Rabbi Kanievsky was Court-martialled for "failing to do his duty" when there was a possibility of breaking the Sabbath. He was forced to walk between two rows of soldiers who were ordered to beat him as he passed. In later years, Rabbi Kanievsky remarked that the satisfaction he had enjoyed for making a stand for his religious convictions was an achievement never again equaled for the rest of his life

After serving under arms for some time, Rabbi Kanievsky managed to get discharged. He decided to move to Białystok in Poland in order to continue learning Torah unhindered from Communist interference. There, he studied under Rabbi Avrohom Jofen.

In 1925, Rabbi Kanievsky published his first sefer ("book"), Sha'arei Tevunah ("gates of understanding"). This was received with great acclaim, and the work eventually reached Rabbi Avraham Yeshayahu Karelitz (known as the Chazon Ish) in Vilna. Without even meeting him, Rabbi Karelitz decided that the author of such a work was worthy of marrying his sister Miriam.

Rabbi Kanievsky was then appointed rosh yeshiva of the Novarodok yeshiva in Pinsk. In 1934, he left Poland and moved to Israel, settling in Bnei Brak, where his brother-in-law Rabbi Karelitz had already been living for a year and a half. For many years he was head of two yeshivas there. Though known as a world-class scholar, Rabbi Kanievsky shunned publicity and lived in humble surroundings, teaching, writing and devoting himself to Torah and good deeds.

Over 150,000 mourners attended Rabbi Kanievsky's funeral in 1985. His son, Rabbi Chaim Kanievsky, following in his father's path, is a world-renowned Haredi rabbinical authority. He also has a daughter who currently lives in Bnei Brak.

The Steipler Gaon wrote many works, his magnum opus being the multi-volume Kehillos Yaakov ("assembly of Jacob"), containing his unique analysis of most of the tractates and concepts of the Talmud. He also authored Birkas Peretz (on the Torah) and Chayei Olam. There are several volumes of letters, known as Karyana D’Igarata, and several volumes written by a disciple, Rabbi A Horowitz, describe his daily life. These are known as Orchos Rabbeinu.

May the merit of the tzaddik Rabbi Yaakov Yisrael Kanievsky  protect us all, Amen.