Testified to be one of the "36 hidden Righteous" of his generation! 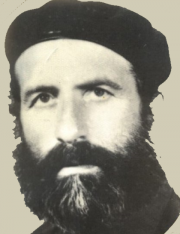 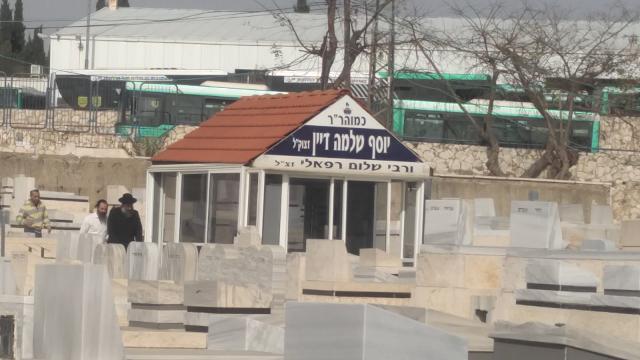 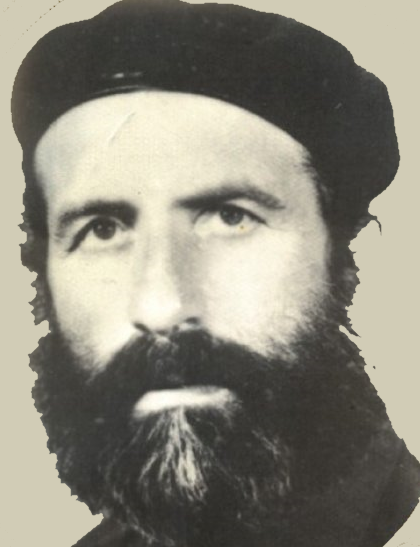 Was born in 1924 (5684) in Halab Syria to a rabbinical family tracing back to King David, and he was named 'Shlomo'.
In 1934 (5694) he and his family moved to Israel and lived in the Rechavia neighborhood in Jerusalem. He studied Torah with tremendous diligence and after several hours of learning in school, he learned the Talmud and Halachic literature with his father with tremendous insight and depth.
After 18 and he was forced to work as a delivery driver to earn a living. After being released from prison because of false accusations, he decided to retreat from all worldly matters and concentrate on Torah study. He changed his name to 'Yosef', began studying the four paths of Torah in depth [simple interpretation, hints, homiletics and secrets of the Torah] and was capable of learning for 8 hours consecutively. He knew the entire Bible by heart, tried to conceal his deeds and knowledge and only very few knew of his greatness. He never married, lived modestly and fiercely guarded the holiness of the covenant. He stayed away from luxuries and would not even agree to have a heater in his house during the winter. He wore a thin shirt the entire year, sometimes immersed in a mikveh dressed, so as to purify his clothing as well, fasted and conducted penances, ate only raw rice soaked in water or uncooked potatoes or stale bread, purified the materialism of the body and always saw G-d's names before him. Despite this lifestyle, his body was not harmed and he was used to a little sleep and food.
After learning diligently the book "Eitz-Chaim" [Tree of Life] and its commentary, as well as other kabbalistic books and became expert in all their content and details, he devoted himself to learning "tikkunim" while praying and doing penance to add more holiness to his own. For 15 years consecutively, he would go alone to the graves of Tzadikim in the Galilee, isolated himself terribly, held 'tikkunim' and fasts and prayers. He helped the needy from every segment of society, merited attaining great achievements and reveals souls of the Tzadikim, and said that one hour of prayer at graves of Tzadikim is worth 100 hours of study in the Beit Midrash.
He would not allow himself to be called various titles and would not agree to accept anything without payment or effort, dressed simply, was thrilled when someone embarrassed him in public, and sometimes acted so that people would ridicule him, while intending to be forgiven for his transgressions. However, he would not remain silent when the honor of Torah scholars and the Torah were violated, and would reprimand vociferously or secretly, but always pleasantly.
Since he knew Arabic and other languages he disguised himself as an Arab cleaning person and enter schools and monasteries, and after discovering Jews who fell into missionary hands, would work for their rescue.
Every night he studied before dawn, immersed in a mikveh, prayed at sunrise and after prayers would once again say "Shema" quietly and while pronouncing every word. He was strict about praying near a wall, and would precede every prayer and mitzvah with "leshem yichud…", gave charity even when his own financial situation was difficult, and say the new moon blessing seven days after the 'molad' and did not wait for Motzai Shabbat.
For an entire year he would light a candle in a special room in the Nachlaot neighborhood in Jerusalem, for the ascension of the soul of every Tzadik who died that day, held a memorial service, cited dozens of names and lit numerous candles on a tray.
He was very involved and financed with his own money the construction of the hall in the "Nezer Aharon" synagogue in Jerusalem while conducting prayers, tikkunim and fasts for the success of the best quality construction, and did not want his name perpetuated as the donor.
In Adar 5740 he had a severe heart attack and was hospitalized for a long time in a hospital, sent his students to the graves of Tzadikim to pray for mercy for him from Heaven, and when he was released, would not take medication and ate honey to strengthen his heart.
In 5743 he told his students that 'in another two years I will complete my 'tikkun'. Since he felt that his demise was close at hand, he revealed to his student the secret of interpreting dreams, and ordered him to continue to hold tikkunim at the gravesite of Shmuel the Prophet and prayers at gravesites of Tzadikim. He returned all books he borrowed for writing a 'book of tikkunim' and the money he borrowed to build the synagogue hall.
On a Thursday night in Tammuz, 5745 he had learned as usual the entire night in the cave of Shimon the Tzadik. At around 3PM he returned his soul to its Maker.
The Kabbalists Rabbi Mordechai Sharabi and Rabbi Yitzchak Kadurie testified that he was one of the "36 hidden Righteous" of his generation!