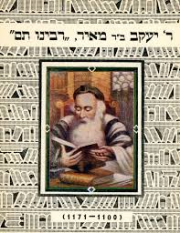 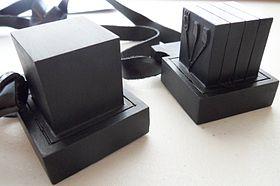 Rabbi Yaakov ben Meir was a grandson of the great Rashi, he studied under his father Rabbi Meir ben Shmuel and his other brother, Rabbi Shumuel ben Meir, the Rashbam.
He was called Rabbeinu (our rabbi) Tam after the verse which describes our forefather "Jacob as being tam" - a wholesome man who spent his time studying Torah.  Rabbeinu Tam was an extremely successful wine merchant and financier, and was also well versed in the rules of Hebrew grammar.

Rabbeinu Tam was widely considered to be the greatest Torah scholar and leader of his time, and he was called upon to decide most of the halachic problems of the day. Scholars from all over the world flocked to his yeshivah in Ramerupt (France) to hear his incisive Talmudic discourses in which he brilliantly dissected and compared the topics, resolving difficult passages and revealing basic principles which would apply throughout Jewish law.   Those lectures served as the basis for the Tosafot commentary, compiled by his students and printed in the margin of every page of the Talmud. His name and his writings are familiar to every student of Talmud. He often disagrees with Rashi's interpretations and opens new vistas with his original, brilliant insights. With sharp witted genius he analyzes variant versions of Talmudic texts, discovering subtle differences that form the basis for a new understanding of the problem at hand.

He said, "I could have written RASHI's commentary on the Talmud, but not his commentary on the Bible". He had two famous Torah disagreements with RASHI: one involving the placement of the Mezuzah," the other involving the Parshiyot contained within the Tefilin. Moshe Rabbeinu (Moses) himself is supposed to have come to him in a dream and informed him that RASHI's opinion was indeed correct. In his response, which indicated his genius and his self-confidence, Rabbeinu Tam  is said to have responded, "Moshe, our Teacher, here you have made a mistake."

In 1146, when Crusaders pillaged his home, he was miraculously saved from death, surviving five knife wounds to the head. A French nobleman who knew and respected him turned back the bloodthirsty mob by promising them that he would convert the rabbi to Christianity. Tefillin of Rashi and Rabbeinu Tam
There is an ancient difference of opinion regarding the order in which the passages (parshiyot) are inserted into the Batim: According to Rashi, the passage of Shema ("Here O Israel") precedes that of "And it shall come to pass, if you hearken", both in tefillin worn on the head and on the arm. According to Rabbeinu Tam, the order is reversed. Some people wear both Rashi and Rabbeinu Tam tefillin.

May the merit of the tzaddik Rabbi Yaacov ben Meir - Rabbeinu Tam protect us all, Amen.