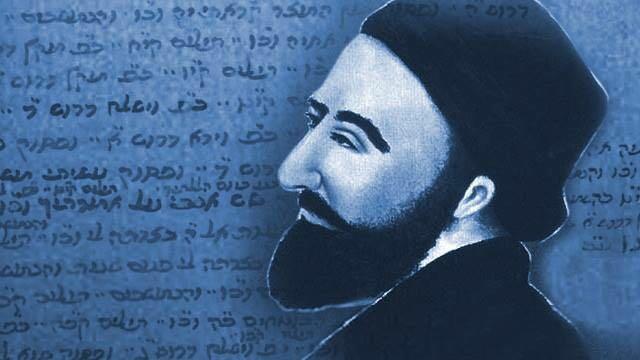 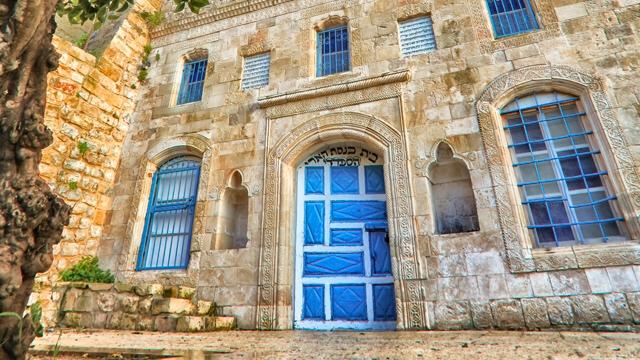 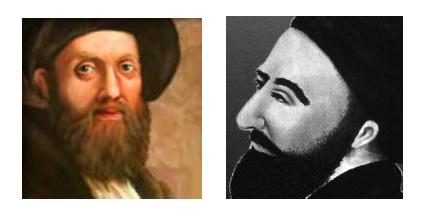 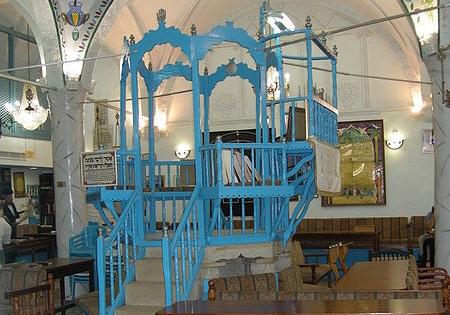 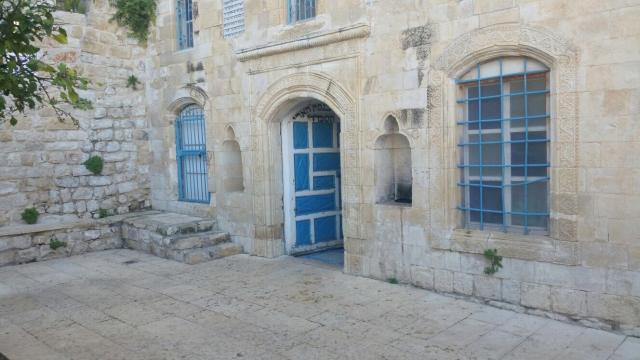 Reverently known as Ari HaKadosh, the holy Ari.  The name Ari is an acronym for Eloki Rabbi Yitzchak. Others say it stood for Lion, for he was the lion of his generation.

This video is a visit to the Holy Ari site in the old cemetery in Safed, Israel. When watching this video you have opportunity to make strong spiritual connection and prayers together with the prayers recorded on this video. Directions on the screen.
Please view and share.

He lost his father (Shlomo) at a very young age and his mother was forced to move with the family to Egypt where their rich uncle Rabbi Moshe Francis supported the family and took care of all their needs as a truly devoted father. If fact, the Ari married his uncle's daughter-his cousin.

He learned in the Yeshivah of Rabbi David ibn Zimra (the Radbaz), a great and noted scholar whose more than three thousand halachic responsa have been published. His Rabbi was Rabbi Betzalel Ashkenazi, the author of the well known Shita Mekubetzet. He spent much of his time secluded in a small house along the Nile river where he studied uninterruptedly. Here Eliyahu Ha'navi (Elijah the Prophet) would appear to him and teach him the secrets of the Torah known as Sod or Kabbalah.

The fountains of knowledge were open to him. Moreover, while he slept, his soul soared to the upper spheres until it reached the metivta d'rekiya, the heavenly beit midrash (the Heavenly academy). There, the guardian angel at the doorway would ask him with whom he wished to study. Sometimes he chose the yeshivah of the tzaddikim mentioned in the Zohar, the tanaim Rabbi Shimon Bar Yochai, R' Yeiva Sava of R' Hamnuna Sava. They would explain various passages in the Zohar which he had studied that day but had not thoroughly understood. At other times, he preferred to attend the yeshivah of Betzalel ben Uri ben Chur, who had built the Mishkan, or Aharon Hakohen. There he would learn all the secrets alluded to in the structure of the Mishkan and the avodah, its holy service.  Upon different occasions he elected to study under the prophets, Here he would ponder the secrets concealed within their visions. the Ari had only to say the word and the angel would lead him to the teacher of his choice. Thus, he succeeded in gaining that which is beyond human grasp and understanding.

It was Eliyahu Ha'navi that told him to return to the city of Tzefat in Eretz Yisrael where he would meet Rabbi Chaim Vital, to whom he was to reveal these secret teachings. And so, in 1570 at the young age of 36, only two and a half years before his death, he settled in the city of Tzefat, known as the center of Kabbalah during those times. There lived the great kabbalistl Rabbi Moshe Cordovero, known as the Ramak- the author of Pardes Rimonim and Or Yakar, kabbalistic works on the Zohar.

Although the Ramak died at the age of 48, just a half year after the Ari's arrival, the Ari referred to him as Moreinu - our teacher. In time it was the Ari's system of studying Kabbalah that was accepted amongst those who study its hidden secrets.

Even though the Ari was so young-just 36 years old-he was head and shoulder above all the rest, even those much older than him. His holiness and great grasp of both nigleh (the revealed Torah) and nistar (the hidden Torah) was apparent to all. There was no area in Torah that eluded him. Even the great and mighty came to drink from his waters, begging to be admitted to his inner circle of students.

Yet the Ari himself never wrote down any of his kabbalistic teachings. The only writings that we have from him are some piyutim and some of the beautiful zemirot, such as Azameir Bishvachin, Asader Lis'udata and Benei Heichala, which we sing each Shabbat. Nearly all we know today has been recorded by the Ari's prize pupil, Rabbi Chaim Vital. And one must remember that all this was done in the short span of less than two years, for the Ari passed away at the young age of 38.

He taught the secrets of the Zohar by heart, without a text in front of him. He also taught his disciples special yichudim and kavanot. But he did not transmit all his knowledge to his disciples directly. He would first give them only the introductory remarks. R' Chaim alone would receive the full explanations and expand on his master's words for the benefit of others. His disciples begged him to write down his teachings, so that they might study them more closely and so that future generations would also be able to benefit from them. But the Ari felt that it was best for R' Chaim to record his lessons as the words fell from his mouth. R' Chaim was the faithful scribe and the only one whom the Ari trusted for this difficult task; he relied on his keen understanding, knowing that R' Chaim was best equipped to absorb and convey what he wished to say.

Rabbi Chayim Vital on the ARI...

" The Ari overflowed with Torah. He was thoroughly expert in Tanach, Mishnah, Talmud, Pilpul, Midrash, Agadah, Ma'aseh Bereshit and Ma'aseh Merkavah. He was expert in the language of trees, the language of birds, and the speech of angels. He could read faces in the manner outlined in the Zohar (2:74b). He could discern all that any individual had done, and could see what they would do in the future. He could read people's thoughts, often before the thought even entered their mind. He knew future events, was aware of everything happening here on earth, and what was decreed in heaven. He knew the mysteries of gilgul [Reincarnation], who had been born previously, and who was here for the first time. He could look at a person and tell him how he was connected to the Supernal Man, and how he was related to Adam. He could read wondrous things [about people] in the light of a candle or in the flame of a fire. With his eyes he gazed and was able to see the souls of the righteous, both those who had died recently and those who had lived in ancient times. With these he studied the true mysteries. By a person's scent he was able to know all that he had done, an ability that the Zohar attributes to the holy Yenuka [Child] (Zohar 3:188a). It was as if all these mysteries were lying in his bosom, waiting to be activated whenever he desired. He did not have to mitboded [seclude himself] to seek them out. All this we saw with our own eyes. These are not things that we heard from others. They were wondrous things that had not been seen on earth since the time of Rabbi Shimon bar Yochai. None of this was attained through magic, heaven forbid. There is a strong prohibition against these arts. Instead, it came automatically, as a result of his saintliness and asceticism, after many years of study in both the ancient and the newer Kabbalistic texts. He then increased his piety, asceticism, purity and holiness until he reached a level where Eliyahu HaNavie (Elijah the prophet) would constantly reveal himself to him, speaking to him "mouth to mouth," teaching him these mysteries. "

The Ari was, by nature, a merciful, tender person who bore a deep love for all of God's creatures. His pupil, R' Chaim Vital, has testified that his master took special care never to kill an insect, even an annoying one like a mosquito of fly! (Shaar HaMitzvot, parashat Noach) And yet he stood up against his bitter neighbors with full vigor. Once when these same neighbors mocked his practices and teachings, the Ari rebuked them angrily and said, "Do you intend to continue your wicked ways? Know that it is in my power to have the earth swallow you alive!"

When the students heard this, there were frightened. Such behavior was so out of character for their master. They felt compelled to ask for an explanation.

"These neighbors are a gilgul (reincarnation) of Datan and Aviram.  They have been sent back to earth to repair the evil they did in defying Moshe Rabbenu. Their only hope is in obeying and honoring me, since my soul stems from that of Moshe Rabbenu. But they refuse to repent and I was forced to remind them of the punishment which they have already experienced in the desert."

There was a worthy, God fearing man in the city who spent all his days repenting. One time he came before the Ari and asked him to reveal any sins which he had overlooked and to tell him how to atone for them.

The Ari looked at his forehead and said, "You are a perfect tzaddik. You are blameless. But there is one thing in your home which needs attention. I see on your forehead a vague hint of tzaar baalei chaim, unkindness to animals, which you must repair."   The man was deeply grieved to hear this. He tried to remember what he had done to animals but nothing came to mind. He went home and inquired about the deeds of his family. He finally discovered that his maid didn't feed the chickens; they had to go foraging for food in the courtyards of neighbors.

The good man told his wife to scatter food each day not only for their chickens but also for those of their neighbors. When he returned to the Ari and asked him to look at his forehead, the latter happily informed him that the sign had vanished; the sin had been erased.

May the merit of the tzaddik  Rabbi Yitzchak Luria - The ARI protect us all, Amen.