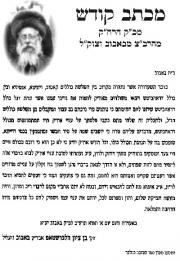 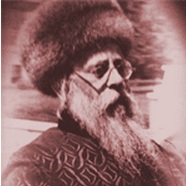 At the age of thirty-one he succeeded his father as Rebbe. Rebbe Ben Zion led the Bobover Chassidim from 1905 until his murder near Lvov by the Nazis on 4 Av 5701/1941. Under Rebbe Ben Zion's leadership, Bobover Chassidus was almost alone among Chassidic groups in its focus on youth, and the network of 50(!) yeshivos which Rebbe Ben Zion founded recaptured the hearts and minds of thousands of youth who were left spiritually devastated by the first World War.

He wrote a commentary on the Torah called Kedushas Tzion. Rebbe Ben Zion was succeeded by his son, Rebbe Shlomo Halberstam ZT”L (1907–2000), who rebuilt Bobov in the United States.

Besides his tremendous talents as a Rebbe, leader of his Chassidim and a visionary educator of Bobover youth, Rebbe Ben Zion was very gifted musically. He composed scores of niggunim, many of which have been recorded by Bobover Chassidim as “Shirei Zion.” Besides the Rebbes of Modzitz, Rebbe Ben Zion of Bobov was perhaps the best composer amongst the Chassidic Rebbes in the 20th Century.

May the merit of the Tzadik Rabby Ben Zion Halberstam ZT”L protect us all. Amen

There has been a lot of turmoil lately about a movie clip from the horror days of World War Two where many speculate the Previous Bobover Rebbe K"D ADMU"R Ben Zion Halberstam,(18741941) father of Rav Shloime'le (1907 - 2000), is seen being beaten by The Ukrainians under Nazi occupation, 3 days before being brutality murdered, HY"D.
The original clip is from Steven Speilberg's film and video archive. No one can positively confirm that this is the Rebbe but those who are officially experts on these matters (deal with pictures etc) have reportedly said they are confident it is the Rebbe.
Either way the video  is to say the least "frightening"