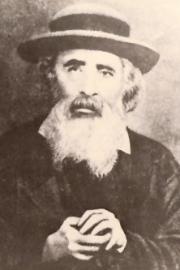 Yehoshua Yehuda Leib Diskin (1818–1898), also known as the Maharil Diskin, was a leading rabbi, Talmudist and Biblical commentator. He served as a rabbi in Łomża, Mezritch, Kovno, Shklov, Brisk and finally Jerusalem, after moving to Eretz Yisrael in 1878.

Biography
Diskin was born in Grodno, then part of the Russian Empire, in 1817. His father, Binyamin Diskin, was rabbi of that city, then Volkovisk and later Łomża. He was engaged before his Bar Mitzvah and at the age of fourteen he married the daughter of Rabbi Brode and lived with his father-in-law in Wolkowitz. He received rabbinic ordination at the age of 18 and inherited his father's rabbinate of Łomża at the age of 25.

In 1878, Rabbi Yehoshua Leib Diskin left his rabbinical position in Brest-Litovsk and moved to Palestine, where he became recognized as the leading Rabininic figure for the Ashkenazi community of Jerusalem. The city's large religious community was then living under near impossible conditions. The persecution and disease from which the Jews of the Holy Land suffered moved Diskin to open a home for orphans in the Old City, after bringing needy children into his own home.

The Diskin Orphanage was formally established in 1881. From the Jewish Quarter, it moved to Street of the Prophets outside the walls of the Old City.Diskin's second wife, Sarah, known as the Brisker Rebbetzin, brought 40,000 rubles into the marriage which was used for the support of this institution.

In the 1880s, Diskin was offered the position of Chief Rabbi of New York City, which he declined.

Diskin's second wife, Sarah, was known as the "Brisker Rebbetzin." She had a very strong mind and came from a prestigious family descended from Rabbi Yechezkel Landau (the Nodah bi-Yehudah) and Joshua Zeitlin. She died in 1907.

Diskin established a yeshiva by the name of Ohel Moshe, (Tent of Moses). He held the line against attempts by maskilim to introduce secular institutions to Jerusalem. His son was Rabbi Yitzhak Yerucham Diskin.

Death and legacy
Diskin died in 1898, on 29 Teveth. He is buried on the Mount of Olives in Jerusalem, Israel.

Y.L. Diskin Street in Jerusalem is named after him. 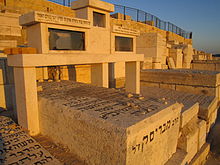 May the merit of the tzadik Rabbi Yehoshua Yehuda Leib Diskin protect us all. Amen