Rabbi Chaim Halberstam of Sanz  (1793–1876) (Hebrew: חיים הלברשטאם מצאנז‎), known as the Divrei Chaim after his magnum opus on halakha 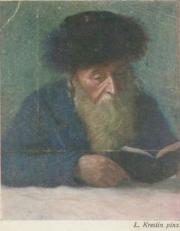 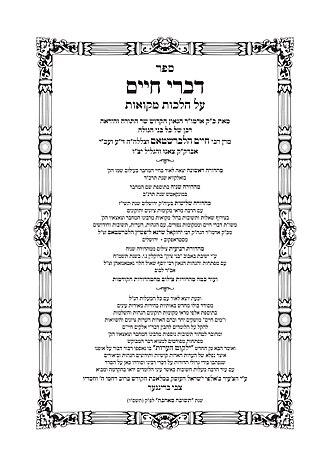 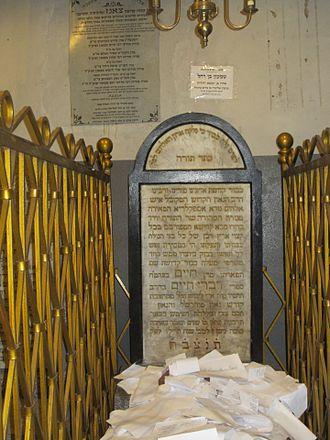 Rabbi Chaim Halberstam of Sanz (Polish: Nowy Sącz) (1793–1876) (Hebrew: חיים הלברשטאם מצאנז‎), known as the Divrei Chaim after his magnum opus on halakha, was a famous Hasidic Rebbe and the founder of the Sanz Hasidic dynasty.

He was a pupil of Rabbi Moshe Yehoshua Heshl Orenstein and the Rebbe, Rabbi Naftali Zvi of Ropshitz. His first rabbinical position was in Rudnik. In 1830 he was appointed as the town rabbi of Sanz, where he founded a Hasidic dynasty. He attracted many followers and students, due to his piety and greatness. Sanz has been succeeded nowadays by the Sanz-Klausenberg, Sanz-Zmigrad Hasidic dynasties and the Bobov Hasidic dynasties, among others.

The Divrei Chaim was born in 1793, in Tarnogród, Poland.

The Divrei Chaim had eight sons and seven daughters. His eight sons were:

The Divrei Chaim's sons all became famous rebbes (except for Myer Noson, who predeceased him). His seven daughters all married Hasidic leaders.

The Divrei Chaim was acclaimed by the leading rabbis of his generation as one of the foremost Talmudists, poskim and Kabbalistic authorities of his time, he received queries from Rabbis and communities from all over the world. His responsa, as well as his Torah commentaries, published under the title Divrei Chaim, reflect his Torah greatness, his humility, and his compassionate nature. He was a champion of the poor and established many organizations to relieve them of their poverty. He was the first Honorary President of Kolel Chibas Yerushalayim. His compassion and generosity was legendary; he literally gave away everything he had for the needy; and went to sleep penniless.

During his 46 years as Rabbi of Sanz; that city was transformed into a vibrant center of Hasidism, attracting tens of thousands of followers. Among his many disciples, are counted such leaders as Rabbi Zvi Hirsh Friedlander of Liska, the Tiferes Shlome of Radomsk, Rabbi Abraham Judah ha-Kohen Schwartz, Rabbi Meir Horowitz of Dzhikov, and the Kedishes Yom Tov of Sighet. He studied with his brother-in-law, Yosef Babad, author of the Minchat Chinuch.

May the merit of the tzadik Rabbi Chaim Halberstam of Sanz protect us all. Amen