was experimented, in Auschwitz,  upon by Josef Mengele 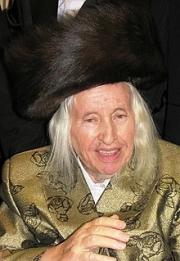 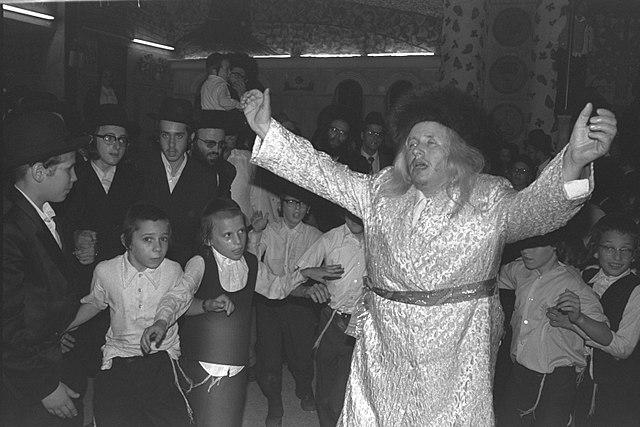 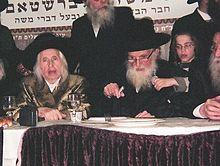 Rabbi Menachem Mendel Taub (Hebrew: מנחם מנדל טאוב‎) (1923–2019) was the Rebbe of the Kaliv Hasidic dynasty in Jerusalem, Israel. Born in Transylvania in 1923, he was seventh in a direct paternal line to the founder of the dynasty, Rabbi Yitzchak Izak of Kaliv, a disciple of the Rebbe Reb Elimelech of Lizhensk.

Menachem Mendel Taub was the son of Rabbi Yehuda Yechiel Taub, the Rozler Rov, and son-in-law of Grand Rabbi Pinchos Shapiro, the Kechneyer Rebbe, scion of the Nadvorna dynasty. He had six brothers and sisters.He married his first wife, Chana Sara Shapiro, before the start of World War II.

In 1944, he was deported to Auschwitz concentration camp, arriving there three days before Shavuot. While in Auschwitz, he was experimented upon by Josef Mengele. Because of "chemical burning experiments", he is unable to grow facial hair; he is also unable to have children. He was transferred from Auschwitz to the Warsaw Ghetto and the Breslau concentration camp, and later to Bergen-Belsen. Six months after the war ended, he reunited with his wife in Sweden. In 1947 they immigrated to the United States and settled in Cleveland, Ohio.

He and his wife immigrated to Israel in 1962. The following year he founded Kiryas Kaliv in Rishon LeZion. The foundation stone was laid on 7 Adar 5723 (3 March 1963), the day of the yahrtzeit of the founder of the dynasty, Grand Rabbi Yitzchak Isak Taub. Several years later he moved his headquarters to Bnei Brak. In 2004, the rebbe's court moved to Jerusalem.

Taub's first wife, Chana Sara, died in 2010. On Lag BaOmer 2012, he remarried 55-year-old Sheindel Malnik of Bnei Brak and they remained married until his death.

After World War II, the Rebbe actively spoke about the Holocaust and frequently invoked the memory of the Jewish martyrs. He encouraged the recital of "Shema Yisrael" to memorialize Holocaust victims at the conclusion of religious events in Israel. He also traveled to interact with millions of Jews by telling his story and encouraging the saying of "Shema Yisrael". He was also active in Jewish outreach and conducted regular lectures for groups of professionals, including doctors and police officers. In addition, a network of kollels, an encyclopedia project, and several other divisions of Kaliv have been founded.

In March 2014 he participated in the annual conference of the Rabbinical Congress of Europe, which met in Budapest to commemorate the 70th anniversary of the destruction of Hungarian Jewry. He delivered an emotion-laden speech in Hebrew, and switched to English to direct remarks to US President Barack Obama and Russian president Vladimir Putin.

May the merit of the tzadik Rabbi Menachem Mendel Taub protect us all. Amen