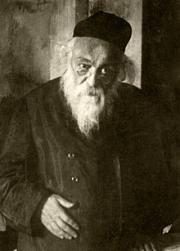 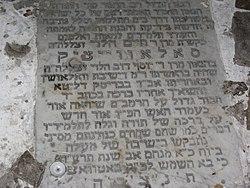 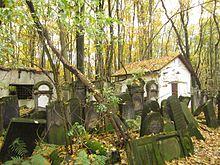 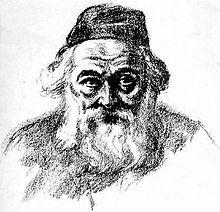 Rabbi Chaim (Halevi) Soloveitchik (Yiddish: חיים סאָלאָווייטשיק, Polish: Chaim Sołowiejczyk), also known as Reb Chaim Brisker (1853 – 30 July 1918), was a rabbi and Talmudic scholar credited as the founder of the popular Brisker approach to Talmudic study within Judaism. He was born in Volozhin in 1853, where his father, Rabbi Yosef Dov Soloveitchik served as a lecturer in the famous Volozhiner Yeshiva. After a few years, his father was appointed as a Rav in Slutzk, where young Chaim was first educated. While still a youngster, his genius and lightning-quick grasp were widely recognized. Eventually, following many years as a senior lecturer in the renowned Volozhiner Yeshiva, he accepted a position as Rav of Brest, Belarus (Brisk in Yiddish).[1] A member of the Soloveitchik-family rabbinical dynasty, he is commonly known as Reb Chaim Brisker ("Rabbi Chaim [from] Brisk").

He is considered the founder of the "Brisker method" (in Yiddish: Brisker derech; Hebrew: derekh brisk‎), a method of highly exacting and analytical Talmudical study that focuses on precise definition/s and categorization/s of Jewish law as commanded in the Torah with particular emphasis on the legal writings of Maimonides.

His primary work was Chiddushei Rabbeinu Chaim, a volume of insights on Maimonides' Mishneh Torah which often would suggest novel understandings of the Talmud as well. Based on his teachings and lectures, his students wrote down his insights on the Talmud known as Chiddushi HaGRaCh Al Shas. This book is known as "Reb Chaim's stencils" and contains analytical insights into Talmudical topics.

He married the daughter of Rabbi Refael Shapiro and had two famous sons, Rabbi Yitzchak Zev Soloveitchik (also known as Rabbi Velvel Soloveitchik) who subsequently moved to Israel and Rabbi Moshe Soloveitchik who moved to the United States and subsequently served as a Rosh yeshiva of Yeshiva Yitzchak Elchonon (YU/RIETS) in New York and who was in turn succeeded by his sons Rabbi Joseph B. Soloveitchik (1903–1993) and Rabbi Ahron Soloveichik (1917-2001). Rabbi Velvel's son, Rabbi Meshulam Dovid Soloveitchik, heads a renowned yeshiva in Jerusalem; two of his other sons, Meir and Yosef Dov Soloveitchik, also led prominent yeshivas.

May the merit of  Rabbi Chaim (Halevi) Soloveitchik protect us all. Amen