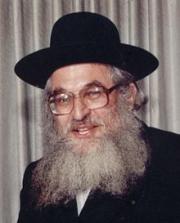 In his early years, Rabbi Pincus learned in Beis HaTalmud yeshiva in New York under Rabbi Aryeh Leib Malin. Afterwards, he made aliyah to Eretz Yisroel to learn in Brisk yeshiva under Rabbi Berel Soloveitchik, the son of the Brisker Rav.

After his marriage, he lived in Bnei Brak and then in the Negev. At this time, he was the Mashgiach of the yeshiva in Ofaqim. Afterwards, he became the Rosh Yeshiva in Yeruham. At the request of Rabbi Elazar Shach and Rabbi Yaakov Yisrael Kanievsky, Rabbi Pincus accepted the position of Chief Rabbi of Ofaqim, where he served for over twenty years. Rabbi Pincus also spoke publicly mostly free of charge all over Israel, America, and South Africa. He used to visit Chile with his parents to strengthen the Kehilah in Torah and Mussar Rabbi Pincus and his wife, Chaya had 12 children. His wife administered the religious high school "Neve Yocheved" for girls in Ofaqim. In 2001, at the age of 56, Rabbi Pincus was killed in a car accident, along with his wife and 18 year-old daughter, Miriam.

They are buried in Yerushaleim

May the merit of Rabbi Shimshon Dovid Pincus protect us all. Amen