In the world of the Torah, Rabbi Lifschitz was considered as a gaon (genius)  in Poland 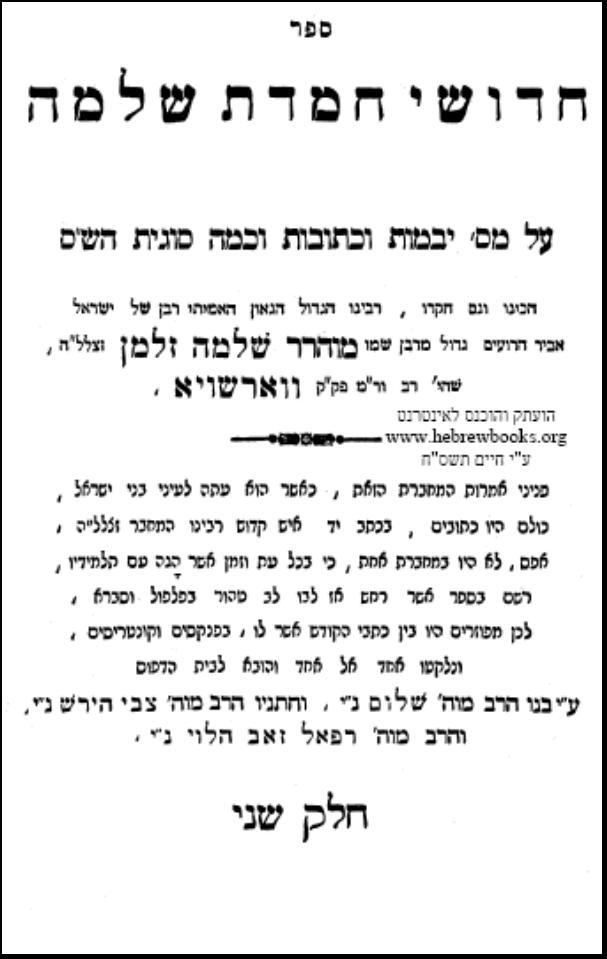 Rabbi of Warsaw, author of Chemdas Shlomo (1839) Rabbi Shlomo was born in Posen, which was part of Poland at the time. Posen was a Torah metropolis for centuries. Its rabbonim included the Maharsha, the Maharal and the Levush. (Rabbi Akiva Eiger would serve Posen, beginning in 1815.) Rabbi Shlomo learned under the son-in-law of the Noda bi'Yehuda, known as Yosef haTzaddik, who was Rabbi in Posen, for 25 years until his passing in 1801. After being supported by his father-in-law for 22 years, he took up the yoke of rabbanus in about 1804. He was about 40 years old at the time. His first position was in Nashlask, Poland. After 15 years in Nashlask, Rabbi Shlomo moved to the Warsaw neighborhood of Praga, and in 1819 he became the first chief rav of Warsaw, which boasted 5,000 Jewish families and was the largest and wealthiest kehillah in Poland. An official 1826 census found that 2,500 talmidim were studying in 215 cheders. However, an 1827 government report estimated that 25% of Polish Jews had no livelihood. After serving as rav of Warsaw for 25 years, Rav Shlomo fell ill and passed away. Rabbi Shlomo was survived by his son Rabbi Yoel from his first marriage. - See more at: http://www.yeshshem.com/hilulanissan.htm#3

May the merit of the tzaddik  Rabbi Shlomo Zalman Lifshitz  protect us all, Amen.