Chief rabbi of the Jewish community of Mogador, Kabbalist. 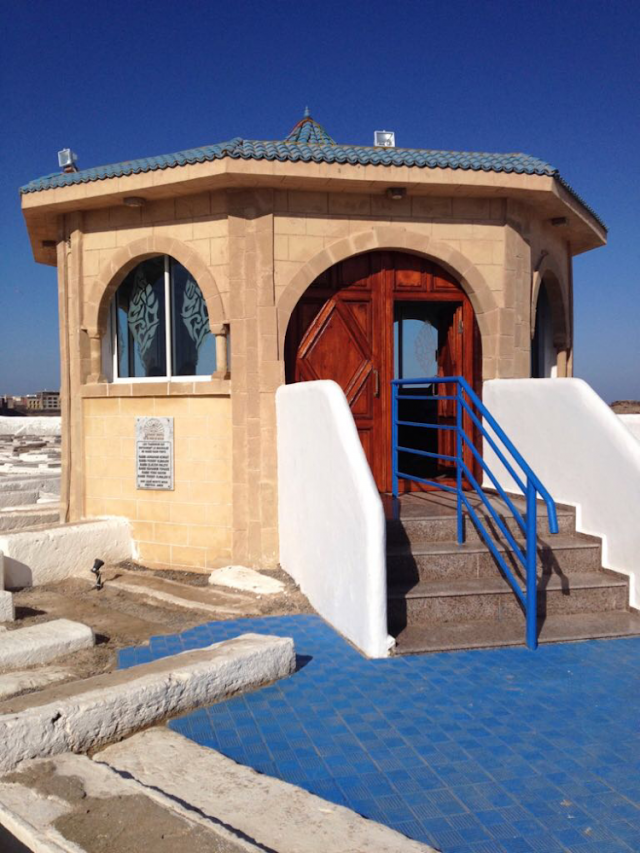 Chief rabbi of the Jewish community of  Mogador, Kabbalist.

A man of wonders and miracles during his lifetime, and for those who visit his grave site.

In the days before Passover, a stranger was seen wandering through the streets of Mogador in the land of Morocco. Even though he was dressed in rags, he did not look like a beggar, and from the fringes on the garment he was wearing it was clear that he was a Jew.

Some of Rabbi Chaim Pinto's students wondered about this man when they saw him in the city market. And when they returned to the yeshivah, they told the rabbi about him. Rabbi Pinto had them describe the man in great detail. Then he asked them if the man had looked happy or sad. They told the rabbi that he had looked terribly sad. Indeed, just looking at his face made them sad as well.

Now, Passover is a time to remember the poor, and it was Rabbi Pinto's custom to invite the poor Jews of the city to his seder. So on the eve of Passover he sent his students into the city to bring back all the poor Jews they could find. He told them to search especially for the stranger they had told him about and to be sure that he came back with them.

So the rabbi's students searched every corner of the city for the poor, who were delighted to learn that they would have a place to celebrate the first night of Passover. But when the students finally found the stranger, he was sitting alone under a barren tree, and he refused to accompany them to the rabbi's seder. "For you it is the holiday of Passover," he said, "but for me it is a time of mourning." The students did their best to persuade him, but in the end they returned empty-handed.

Now, when they told Rabbi Pinto that the man had refused their invitation, the rabbi said, "If you can't convince him to come here, whisper this word in his ear" and he whispered it to each of his students. So the students returned to the stranger, still sitting under the tree, and they tried once more to invite him to join the rabbi's seder. Again he refused, but this time one of the students whispered the rabbi's word into the man's ear. And as soon as he heard it, the man's eyes opened wide. He stood up and agreed to accompany them at once.

When that Jew arrived at the rabbi's house, he was greeted warmly by Rabbi Pinto. The man returned the rabbi's greetings, and then he asked, "How is it, Rabbi, that you knew the name of the ship that brought about my misfortune?"

"Join our seder," Rabbi Pinto replied, "and you will understand how it became known to me. For now, please make yourself at home. I will have a bath prepared for you, and my students will give you fresh clothing."

The man thanked the rabbi, but he was still curious about how he had known his secret.

That night, when everyone was seated at the seder, Rabbi Pinto introduced the guest and asked him to tell the others his story. This he did. "I was born in the city of Marrakesh," he said, "and I traveled to Spain and worked there until I had become quite wealthy. After several years, I began to miss my native land of Morocco, and thought about returning there to raise a family. With all that I had saved, I bought precious jewels.

"There was a widow whom I befriended. When she learned I was planning to return to Morocco, where her daughter lives, she asked me to bring her daughter her rightful inheritance, jewels that had belonged to her father. I agreed to do so, and I carried everything in a wooden case. But when a storm sank the ship in which I was traveling, the case was lost at sea. Somehow I managed to grab a plank and reached the shores of this city a few weeks ago. I know that I am fortunate to be alive, but after all these years, I have nothing. Even so, that is not what grieves me the most. Above all, I am heartbroken that I cannot fulfill my mission for the widow."

Now, when all those seated at the seder heard this story, their hearts went out to the poor man who had suffered such a misfortune. Among them, there was one beautiful young woman who had tears flowing down her face. And when the man saw her grief, he, too, broke down and wept.

Rabbi Pinto said, "Do not grieve as we celebrate the seder, but watch closely." He pointed to the Kiddush cup, which was filled with wine, and pronounced a spell over it. That spell called forth Rahab, the Angel of the Sea.

Just then everyone at the table heard a deep voice say, "Yes, Rabbi Pinto, what is your command?" They trembled with fear, for they could not see where the voice was coming from. Then the rabbi said, "I call upon you, Rahab, Prince of the Sea, for help in finding what has been lost." Suddenly, to everyone's amazement, the Kiddush cup began to grow larger and larger, and the wine in it was transformed into the waves of the sea. One after another the waves rose and fell and eventually they cast up a small wooden case, which floated on the surface. The guest could hardly contain himself. "Master, that is my case!" he cried.

"Take it out!" said Rabbi Pinto. So the man reached into the enormous cup, took out the wooden case and set it on the table. At that instant the cup returned to its original size, and the waters in it became wine once more.

As everyone watched in awe, the man opened the case and saw that nothing was missing. He shed tears of joy. Then Rabbi Pinto said to him, "Now, let me introduce you to the widow's daughter to whom you were delivering the jewels." At that, the young woman who had wept at hearing the man's tale stood up with a radiant smile and the man almost fainted with surprise. When he had regained his composure, he picked up the wooden case and placed it in her hands, much to the delight of everyone present. Then Rabbi Pinto smiled and said, "Know that nothing happens by accident. All is foretold by the Holy One, blessed be He, as is your meeting here today, for now I can tell you that I heard a heavenly voice announce that you two are destined to wed."

So it was that everyone celebrated that seder with great happiness, and not long after, the couple was wed. From then on, every Passover, when they filled the Kiddush cup, they told the story of Rabbi Pinto and the magic wine cup that had changed their lives.

May the merit of the tzaddik Rabbi Chaim Pinto  protect us all, Amen.