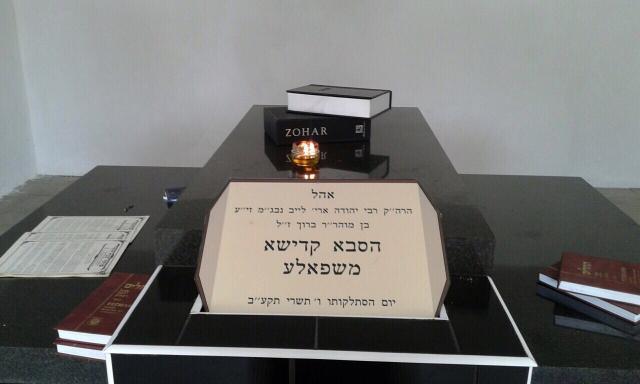 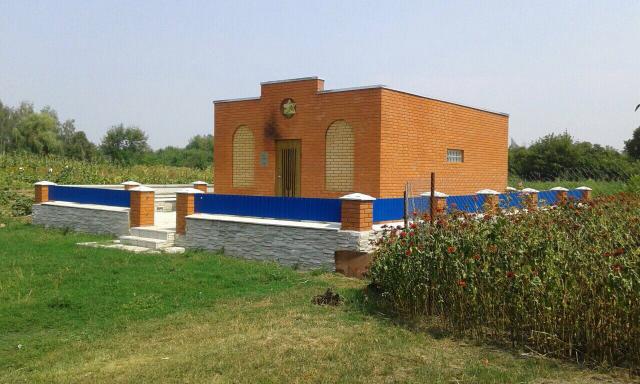 Chassidic leader, known as the Shpoler Zeide , "the grandfather from Shpola".

Rabbi Aryeh Leib was a disciple of  Rabbi Pinchas of Koretz. For a long time R' Aryeh Leib was a 'nistar', a hidden tzaddik, until he was "forced" to reveal himself.  The Shpole Zeide was a folk rebbe: singing, dancing, joyful. He consoled, encouraged, counseled, gave remedies, made peace between man and wife and between parents and children, defended the weak, threatened the strong with spiritual punishment, and stood up in defense of the abused Jewish arrendators [lessees]. He was well-known as a man who intimidated the aristocrats, who would beat their "Moshkes," let dogs loose upon them and throw them with their families into dark cellars. Like other tzaddikim of his generation, the Shpole Zeide distributed everything he had to the poor. Like a true folk rebbe, he was a loyal spokesman for the Jews before heaven. He would always argue before the Master of the world: "What do you want from your people Israel? In their place, in such a bitter exile, another people would not keep one commandment. Yet Your people Israel keep the commandments and perform so many good deeds."

The Shpole Zeide, was antagonistic to Rav Nachman of Breslov. When some of the Zeide's students heckled Rav Nachman, the Zeide censored them. Every movement needed opposition, he explained. He had been providing a service.

For many years the Baal Shem Tov, who founded the chassidic movement, was a "hidden tzaddik" and very few were aware of his greatness. During these years, the Baal Shem Tov visited many towns and villages throughout eastern Europe. On one such occasion, he stayed at the home of Rabbi Baruch in the city of Uman. Although Rabbi Baruch had never met his unexpected guest before, he greeted him warmly and provided him with his best hospitality. For example, when he saw the Baal Shem Tov's skinny and emaciated horse, he immediately gave him a healthier and stronger animal of his own. That night Rabbi Baruch noticed a strange light radiating from his visitor's bedroom. Out of curiosity, he peeped through the keyhole. The intensity of the light, combined with the realization that his guest must be a very righteous individual, caused Rabbi Baruch to faint. At the sound of his fall, the Baal Shem Tov opened the door. On seeing his host lying there unconscious, he immediately tried to revive him. When Rabbi Baruch opened his eyes, he started to cry. "Please forgive me," he begged. "I had no idea that you were such a great and righteous person. If I had known, I would have shown you much more respect." The Baal Shem Tov reassured him that he had not treated him disrespectfully at all and asked him why he had fainted. "I saw that you were bathed in a great light," replied Rabbi Baruch. "And there was a man dressed in white with a long beard who was standing with you." "The old man was your distinguished ancestor, the Maharal of Prague," explained the Baal Shem Tov. "The Maharal of Prague knew that you are destined to have a holy son that will bear his soul. You have merited the privilage of such a holy son since you and your wife Rachel are God fearing people who do so much charity. You are to name your child Arye Leib after the Maharal". As Rabbi Baruch did not yet have any children, he was very excited about receiving such a blessing. Sure enough, about a year later his baby son was born. The Baal Shem Tov attended the brit milah. During the ceremony, the turn came for one of the guests to bless the child, all the spectators heard a strange blessing. The poor man (The Baal Shem Tov) placed his right hand upon the baby and said,     "My father once explained the whole concept of a Brit (circumcision) as entering the covenant of Avraham Avinu. It was written 'And Avraham was old - Zaken.' Zaken also means grandfather. Our forefather Avraham became the grandfather of Klal Israel. Let it be God's will, that you shall be a grandfather (Zeide in Yiddish) to the Jews."

His blessing caused everyone to smile. Later, if someone chanced to meet the happy parents he would ask them how the Sabale (little grandfather) was coming along. And the name Saba (Zeide) stuck to the boy for the rest of his life.

A famine struck the Region of Shpole during the 1780's. The Russian rabbinate wrote the renowned Tzaddik, the Shpole Zeide, to intercede on behalf of the Jews of the region. The Shpole Zeide sent word to ten leading Rebbes, instructing them to come to Shpole to act as a tribunal. He, the Shpole Zeide, was taking the Almighty to court.

The appointed day arrived. The great luminaries had been instructed to fast for three solid days and not divert their minds from prayer and supplication. The court convened. The Shpole Zeide stated his case. "The Almighty is negligent of his duties. If the Jewish people are his children, it is the obligation of the father to provide the needs of the children. If the Jewish people are servants, it is incumbent upon the master to feed his servants. The Master may claim that the servants are not doing their appointed tasks, but that is of little consequence. Nowhere does it state that master is absolved of his responsibility to take care of his servants. I demand that the Almighty fulfill his obligation."

With that the tribunal began their deliberation. The decision was finally rendered, God was guilty of negligence and had to begin taking care of the Jewish people.

Three days passed and word was received that many tons of wheat were on their way from the Siberian steppes. The price of grain immediately dropped in anticipation of the new shipment. Within a short time, the famine became a distant, unpleasant memory.

The Shpole Zeide was famous for his love and concern for his fellow Jews. He had a special fondness for misfits, thieves, and scoundrels, Jews who had fallen on hard times, but who were nonetheless good-hearted souls.

Once, the Shpole Zeide heard of a Jew who had been thrown in prison for not paying his rent. The Jew's life was in grave danger, and the Shpole Zeide wanted to save him. In those days, it didn't take much to put Jews in jail and then throw away the keys.

The guilt or innocence of the Jew would be decided by "The Bear Dance." The half-starved Jew would be dressed up in a bear skin (Purim style), and then forced to out dance a Cossack soldier, generally the best, hand-picked, and most exquisite dancer in the area. If the Jew fell first, it meant that he was guilty and would be whipped to death. If the Cossack fell first, the Jew would go free. No Jew had a chance. The Cossacks were  famous as powerful horsemen, and athletic dancers with tremendous energy.

One night the Shpole Zeide was visited by the prophet Eliyahu. Eliyahu instructed him in the fine art of dancing, and blessed him with power to outlast the Cossack. He also taught him what was to become forever known as the "Shpoler Zeide's Niggun."

The Shpoler Zeide went to the prison, drank mashke (vodka) with the guard until he fell asleep, then lowered himself into the pit. Then he exchanged clothes with the other Jew, and helped him in his weakened state to climb out of the dungeon and escape.

The messenger led him to the Great House of the nobles, where a drinking party was in full swing. Everyone hooted and jeered when he came in.  The band started to play and the Cossack danced. Then the Jew danced. People were surprised to see that they were evenly matched. The Cossack danced again, and the Jew in the bear suit danced back. Hours passed as the band played song after song. Never had a Jew danced so hard and so excellently. Never had a Cossack met his match.

By now the lords and Cossacks had stopped laughing and sat there stunned. Finally the musicians got tired, and even the Cossack dancer was willing to stop. Not so the old Shpoler Zeide with his white beard hidden under the bear skin, who started singing the niggun he had been taught  ("Hop Cozzack -- Dididiyamam-mamah -- hup Cozzack -- dididiyum!") , and danced as he had never danced before. Now he called tauntingly to the Cossack, "Come on, dance, you!" And the weary Cossack forced himself to dance on.

"Hop Cozzack -- Dididiyamam-mamah -- hup Cozzack -- dididiyum!" the Shpoler Zeide cried (part of the song means 'Hop, Cozzack -- Jump, Cossack!), swinging his arm and kicking his feet, as he continued to dance with astonishing ease, until they reached a pace that was so fast they couldn't make out their own singing and dancing of the niggun.

That's when it happened: suddenly the Cossack dancer's cruel heart gave out and he fell dead. So the Shpoler Zeide won "The Bear Dance," and his fellow Jew was freed from prison.

May the merit of the tzaddik  Rabbi Aryeh Leib protect us all, Amen.