Rabbi Boruch Ber Leibowitz  (Hebrew: ברוך דוב (בער) לייבאוויץ) was a prominent student of Rabbi Chaim Brisker and was famed for his Talmudic lectures, particularly in that they were rooted styled in the method of his Rebbi, "Reb Chaim Brisker. 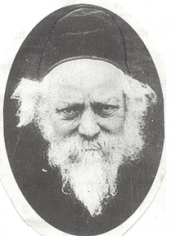 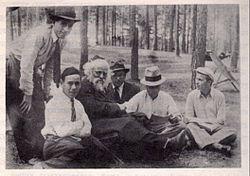 Rabbi Boruch Ber Leibowitz  (Hebrew: ברוך דוב (בער) לייבאוויץ) was a prominent student of Rabbi Chaim Brisker and was famed for his Talmudic lectures, particularly in that they were rooted styled in the method of his Rebbi, "Reb Chaim Brisker."

Leibowitz, often referred to by the informal 'Reb Boruch Ber', was born in Slutsk and was known as a prodigy at a very young age. He was sent to learn in Volozhin yeshiva, where he quickly attached himself to his main teacher, Reb Chaim Brisker, striving to completely adopt his unique Talmudic approach, which was the foundation of the popular Brisker method.

He then married the daughter of Rabbi Abraham Isaac Zimmerman, whom he succeeded as Rabbi of Halusk. He also served as a pulpit Rabbi for other communities. In 1904 he was appointed head of the Kneseth Beis Yitzchak Yeshiva in Slobodka. During World War I he had to leave Slabodka and relocated the yeshiva to Minsk and then to Kremenchug and Vilna. In 1926 he re-established the yeshiva in Kaminetz, where it continued to attract hundreds of students for the next 13 years. In 1939, shortly before his death, he fled with the yeshiva to a suburb of Vilna, hoping to escape from the Nazis and the communists. He is buried at the Zaretcha cemetery, Vilna. His grave was identified in 2012.

Liebowitzs' grandson, Reb Chaim Shlomo Leibowitz, was one of the most prominent talmudic authorities in Jerusalem, as well as one of the leading Rabbis of the Ponevezh Yeshiva in Bnei Brak.

Birkas Shmuel (The Blessing of Shmuel), his magnum opus, named in memory of his father, Shmuel David Leibowitz. This work includes many otherwise unrecorded teachings of Rabbi Chaim Brisker as well as Reb Baruch Ber's novel understandings of Torah topics on the Talmud published from his manuscripts by his nephew and longtime student, Rabbi Chaim Sholom Leibowitz.
Shiurei Reb Baruch Ber (Lectures of Reb Boruch Ber) - recorded and published by his students.

May the merit of Rabbi  Boruch Ber Leibowitz protect us all.Amen