Rabbi Chaim Berlin  (חיים ברלין) was an Orthodox rabbi and chief rabbi of Moscow from 1865 to 1889. 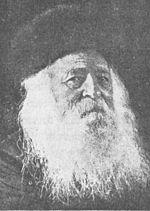 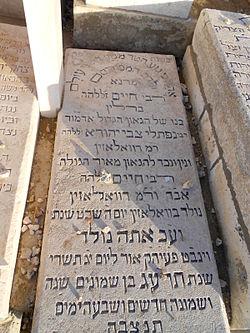 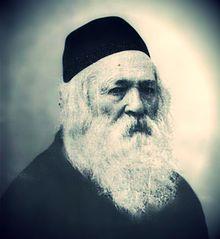 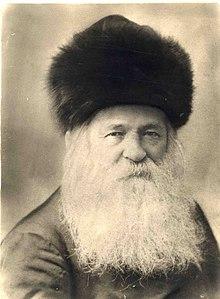 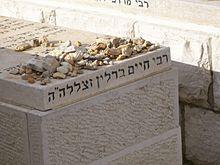 Rabbi Chaim Berlin  (חיים ברלין) was an Orthodox rabbi and chief rabbi of Moscow from 1865 to 1889.

Rabbi Chaim Berlin was the son of Naftali Zvi Yehuda Berlin, the Netziv, and his first wife.[3] Berlin initially learned with his father.

His connection to the House of David as a descendant of Rabbi Meir Katzenellenbogen, the Maharam of Padua, is detailed in The Unbroken Chain.

Berlin lived in Valozhyn, Belarus, where he was head of a rabbinical court. In 1891, his father appointed him head of the Valozhyn yeshiva. There was controversy regarding this appointment as many students felt that Rabbi Chaim Soloveitchik was more deserving to head the yeshiva.

Served as Chief rabbi of:

Moscow from 1865 to 1889
Kobryn from 1892 to 1897
Kropyvnytskyi (Elizavetgrad) from 1897 until 1906.
Berlin left Russia in 1906 and settled in Jerusalem. He became the assistant chief rabbi of the Ashkenazi community with Rabbi Shmuel Salant. He also assisted Rabbi Salant in the management of the Rabbi Meir Baal Haneis Salant charity founded by Rabbis Zundel and Salant in 1860. After Rabbi Salant died at the end of 1909, Berlin led the Jerusalem Rabbinate and the Rabbi Meir Baal Haneis Salant charity until his death in 1912 (5763)

His major extensive writings were not published for nearly a century after his passing.
This changed with three publications:

May the merit of Rabbi Chaim Berlin protect us all. Amen