Rabbi Shmuel Schneersohn (or Rabbi Shmuel of Lubavitch or The Rebbe Maharash) (17 March 1834 – 14 September 1882 OS) was an Orthodox Rabbi and the fourth Rebbe (spiritual leader) of the Chabad Lubavitch chasidic movement. 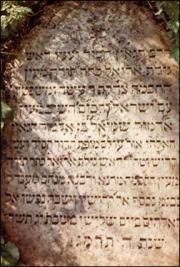 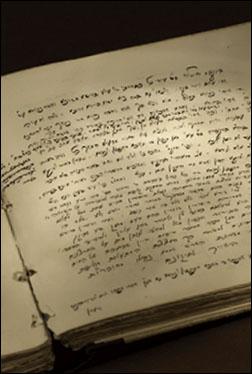 Rabbi Shmuel Schneersohn was born in Lyubavichi, on 2 Iyar 1834, the seventh son of the Tzemach Tzedek. He faced competition from three of his brothers, primarily from Rabbi Yehuda Leib Schneersohn who established a dynasty in Kapust upon their father's death. Other brothers also established dynasties in Lyady, Nizhyn, and Ovruch.

In 1848 Schneersohn was married to the daughter of his brother, Rabbi Chaim Shneur Zalman Schneersohn. After several months she died, and he then married the Rebbetzin Rivkah, a granddaughter of Rabbi Dovber Schneuri, the Mitteler Rebbe. He had three sons, Rabbi Zalmman Aharon, Rabbi Sholom Dovber and Rabbi Menachem Mendel as well as one daughter, Devorah Leah.

Schneersohn was said to have had chariots on call for the evacuation of books in time of fire.

Besides his communal activism, he had wide intellectual interests. He spoke several languages, including Latin.He wrote widely on a range of religious and secular topics, and much of his writing has never been published and remains in manuscript form alone. His discourses began to be published for the first time under the title Likkutei Torat Shmuel in 1945 by Kehot, and 12 volumes have so far been printed.

He died in Lyubavichi, on 13 Tishrei 1882, leaving three sons and two daughters, and was succeeded by his son Sholom Dovber.

Schneersohn urged the study of Kabbalah as a prerequisite for one's humanity:

A person who is capable of comprehending the seder hishtalshelus (kabbalistic secrets concerning the coming-into-being of all existence every moment) - and fails to do so - cannot be considered a human being. At every moment and time one must know where his soul stands. It is a mitzvah (commandment) and an obligation to know the seder hishtalshelus.

"The world says, 'If you can't crawl under, climb over.' But I say, Lechatchilah Ariber--'At the outset, one should climb over.'"

May the merit of the tzadik Rabbi Shmuel of Lubavitch protect us all. Amen