Rabbi Naftali Zvi Yehuda Berlin (20 November 1816 in Mir, Russia – 10 August 1893 in Warsaw, Poland), also known as Reb Hirsch Leib Berlin, and commonly known by the acronym Netziv, was an Orthodox rabbi, dean of the Volozhin Yeshiva and author of several works of rabbinic literature in Lithuania. 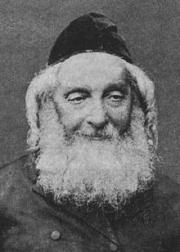 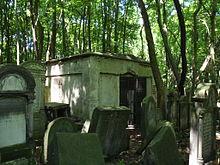 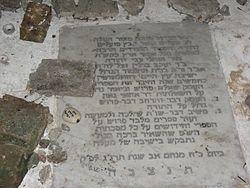 Rabbi Naftali Zvi Yehuda Berlin was born in Mir, today in Belarus, in 1816 into a family of Jewish scholars renowned for its Talmudic scholarship. His father Jacob, while not a rabbi, was a Talmudic scholar descendant of a German rabbinic family; his mother was directly descended from Rabbi Meir Eisenstadt. According to some sources, Berlin initially was a weak student. However, most scholars believe this to be false. Legend has it that he applied himself to his studies after overhearing his parents debating whether he should pursue a trade.

Although there was a falling out between Rabbi Berlin and Rabbi Yosef Dov Soloveitchik, they ended up making peace and their children got married. Rabbi Chaim Soloveitchik married the Rabbi Berlin's daughter.

Berlin led the yeshiva in Volozhin (in what is presently Belarus), then the largest institution of its kind, from 1854 to its closure in 1892. Despite the destruction (twice) of the town and the yeshiva building in large fires, its enrollment increased steadily under his leadership, and the yeshiva would produce a number of prominent rabbinic figures who led Eastern European Jewry until World War II. Amongst them was Rabbi Shimon Shkop.

In Volozhin, his leadership was contested by the popular Rabbi Joseph Dov (Yoshe Ber) Soloveitchik, whose style of Torah study differed substantially from Rabbi Berlin's. Rabbi J.D. Soloveitchik ultimately became rabbi of Slutsk, Warsaw and Brisk, where he founded the rabbinical dynasty that still carries his name.

In 1892, the Volozhin yeshiva shut down. Russian authorities (influenced by Haskalah elements) sought to introduce secular studies into the yeshiva.  Berlin did initially accept some secular studies rather than shut down the Yeshiva completely. However, the requirements became more and more onerous with the government eventually stipulating that: "All teachers of all subjects must have college diplomas ... no Judaic subjects may be taught between 9 AM and 3 PM ... no night classes are allowed ... total hours of study per day may not exceed ten." Faced with these restrictions, Berlin chose to close the Yeshiva.

Ohel of Naftali Zvi Yehuda Berlin and Chaim Soloveitchik, Jewish cemetery in Warsaw
After the closure, Berlin traveled to Vilna and other cities, trying to clear the yeshiva's debt.

In the last few months of Berlin's life he suffered from diabetes and the consequences of a stroke. While he intended to travel to the Land of Israel, his medical condition made this impossible. He spent his last weeks in Warsaw, and died there on August 10, 1893

Berlin had a traditionalist approach to Torah study that was at odds with the highly analytical style of lomdus ("learned intellectual analysis") that was pioneered by Soloveitchik.

Politically, he favored Jewish settlement of the Land of Israel (Eretz Yisrael), then under the control of the Ottoman Empire; he was initially a member of the Chovevei Tzion movement (founded by his contemporary Rabbi Zvi Hirsch Kalisher), but later distanced himself from them

May the merit of the tzadik Rabbi Naftali Zvi Yehuda Berlin protect us all. Amen